The gift of mentoring

As a university professor, David Crockett says he works in the “gift economy,” meaning there are certain things he is expected to give away. Among those are his expertise, his support and his guidance. 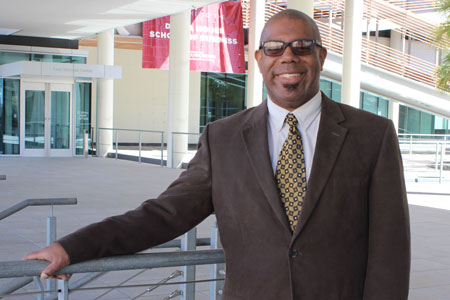 David Crockett, associate professor of marketing, has been honored for his work mentoring graduate students.

It’s something Crockett, associate professor of marketing in the Darla Moore School of Business, learned early, back in his days as a graduate student. This is how he describes his relationship with his mentor, Melanie Wallendorf, a marketing and sociology professor at the University of Arizona who counseled him as he pursued his doctorate there two decades ago:

“I didn’t know how fortunate I was to be mentored by her while I was going through it. Now, on the other side of the desk, I see the kind of impact she had on the scholar and the kind of person that I’ve been able to become,” Crockett says. “When it’s all said and done, that’s as good as it gets in mentorship. Sometimes you have people who become part of the heart of what you are, and that’s what she is to me.”

That’s the kind of mentor Crockett has set out to be for others, too, as he has built a career as a professor and researcher who looks at the sociological aspects of consumer behavior, particularly the consequences of social inequality. It’s that commitment to guiding students that earned him this year’s Williams-Qualls-Spratlen Multicultural Mentoring Award of Excellence from the American Marketing Association for his work with doctoral students. The award, named for three of the first marketing scholars who are people of color, is focused on the mentoring of students who have been traditionally underrepresented in academia.

Crockett teaches and mentors students in the Moore School, and he also works with students of color around the country as part of The PhD Project. The PhD Project was started as a way to attract more diverse and underrepresented students to pursue doctoral degrees and become business professors. As a graduate student, Crockett was part of the first class of The PhD Project in marketing, offering him the opportunity to meet with other students from around the country, attend workshops and receive one-on-one mentoring with prominent people in the profession.

“I was a part of that and it was influential for me. Subsequent to that, it was always something I wanted to give back to and be part of,” he says.

Crockett says he customizes his mentoring, with different students having different needs. He has chaired three dissertations at Carolina, two of those being African-American men who earned their doctoral degrees in marketing.

“A very small part of it is a reflection on you; you’re happy to have been in the room. But what you’re really proud about is that moment when they pick it up and it becomes their accomplishment. That’s the great thing about earning a Ph.D. You have to go through this dissertation process and that is an independent piece of research. That’s a fairly tall mountain. So, to see someone else climb it, it’s a really neat thing. To see someone else blossom. That makes it all worthwhile.

“This is the best job in the world because when everything works out right, you do get a chance to see young people blossom, and there’s nothing that’s better than that.”