Since 2011, the Office of Research has invested $20.9 million in internal grants for University of South Carolina researchers at every level, and in every field of study, through a system of merit-based research funding programs. Among the office’s chief internal grant programs are the ASPIRE awards, which help faculty develop new lines of exploration and acquire multi-user equipment while also encouraging interdisciplinary research. And the investment pays off — frequently leading to additional external funding and fueling more ambitious research. This story first appeared in USC Times Fall 2018 Issue No. 2. 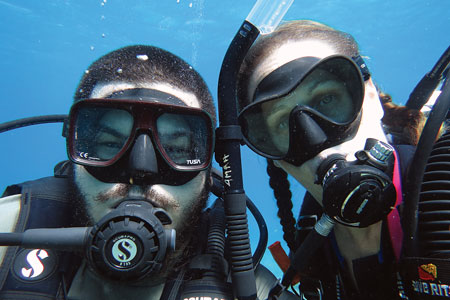 “If you’re going to regulate someone’s livelihood, you first need data to understand what’s going on and base those regulations on scientific data.” — Virginia Shervette, USC Aiken fisheries biologist

When Virginia Shervette hangs a ‘GONE FISHING’ sign on her door, it’s more than an afternoon jaunt. The USC Aiken fisheries biologist investigates the health of commercial and recreational fish populations in the Caribbean basin in hopes that fisheries managers will use the information when developing accurate assessments of which species are being overfished.

She has worked hard to build the trust of sport and commercial fishers whose livelihoods depend on adequate fishing stock and sensible regulations.

“They don’t think I’m trying to come in and shut them down,” says Shervette, who used two ASPIRE grants to acquire equipment, supplies and data that enabled publishing her findings. That established her reputation for being able to conduct research on data-poor fisheries species, a skill that has led to more than $1 million in externally funded grants for Caribbean research.

“The way fisheries are managed in the Caribbean is super different compared to the U.S. mainland coastal states, where there is a lot more infrastructure to monitor offshore fishing,” Shervette says. “There’s not a lot of data in the U.S. Caribbean on most of the fisheries species to do the modeling that would determine if overfishing is occurring. So fisheries managers base regulations on best judgment, not actual data.”

That lack of data makes it difficult to justify certain regulations to fishers and also leads to misguided perceptions about fishing populations. In St. Croix and St. Thomas, for example, there are seven species of parrotfish commonly caught in commercial fisheries, although some of those species have been overfished in other parts of the Caribbean, according to Shervette, but each species has different life history characteristics that can’t be lumped together as if they are one species.

“Our data on parrotfishes in the U.S. Virgin Islands show that the populations of all seven species are healthy, so when managers use our data to assess these species, they will most likely determine that they are not experiencing overfishing,” says Shervette. “If you’re going to regulate someone’s livelihood, you first need data to understand what’s going on and base those regulations on scientific data.”