Working together to find solutions

As a medical oncologist, Dr. Doris Browne recognized the problem years ago. African Americans, who develop breast cancer at a lower rate than women of other races, were dying more often.

When it comes to other cancers — lung, prostate, cervical, colorectal — the mortality rate is just as poor for minorities. This vast difference in health outcomes among races is why the Arnold School of Public Health’s Department of Health Services Policy and Management, and the South Carolina Department of Health and Environment Control, sponsor an annual lecture series on the topic.

This year, the 12th annual James E. Clyburn Health Disparities Lecture, which is free and open to the public, will be held April 23 at 10 a.m. at the Columbia Metropolitan Convention Center. 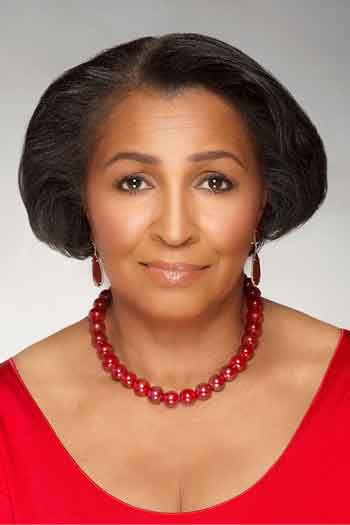 Browne, immediate past president of the National Medical Association, will deliver the keynote address on developing a collaborative approach to solving the health inequalities. As a retired colonel in the U.S. Army, she has briefed congressional and White House officials on a wide range of health issues such as women’s health, breast cancer, sickle cell anemia and HIV/AIDS.

“Everyone needs to work together,” Browne says. “Not just the physicians, but dentists, social workers, nurses, pharmacists and the faith-based community.”

She says churches could do simple things from mentioning health during a sermon to offering a healthy meal during fellowship. While those things would fix part of the problem, additional buy-in is needed to solve many of the socioeconomic factors such as substandard housing, poor environments and failing educational systems that are the root cause of health disparities.

People of color often struggle with the ability to pay for catastrophic illnesses such as cancer. Patients work around the cost by only getting half of their prescriptions filled.

“Those aren’t the kind of medicines that you can only take part of the dosage,” says Browne, who’s also retired from the National Cancer Institute at the National Institutes of Health, where she managed the breast cancer portfolio.

Browne says she also would like to see more minorities involved in clinical studies of new drug treatments, prevention and observational studies.

“Side effects aren’t always the same for certain populations,” she says.

The Clyburn Lecture was created to allow national and regional health disparities researchers, policymakers and community leaders to collaborate on ending the imbalance in health care. The series is named after Clyburn, a congressman from South Carolina who was instrumental in establishing the Institute for Partnerships to Eliminate Health Disparities.