“They stop in their tracks and say, 'Wow! What is that?' ” Dill­man, director of strength conditioning for South Carolina football, is referring to the rows of custom-made weightlifting equipment, decked out with massive steel plates and stylized with garnet Gamecocks laser-etched into the hefty black frames. Dillman calls the gear, made by Lexington, S.C.-based manufacturer Sorinex, “the Rolls Royce of weightlifting racks.”

Showing off the machines is part of the recruiting process, but what Dillman ultimately wants to see is student-athletes using the equipment to gain strength, avoid injury on the field and fine tune their athletic prowess.

Those results are ultimately what motivate Richard Sorin and his son, Bert, to make their top-end line of strength equipment. From humble beginnings, the University of South Carolina alumni have turned Sorinex into one of the nation’s premier strength equipment manufacturers, with clients spanning professional sports and universities from every major athletics conference. 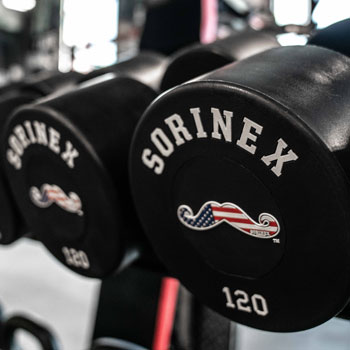 “We’re the little train that could. Other companies have engineers who don’t lift weights and can’t weld,” says Richard, whose Sorinex facility in Lexington County now has more than 130 employees. “It’s a one-stop shop. I’ve done it, built it and sold it.”

Richard’s South Carolina connection began in 1968, when he was a student-athlete on partial scholarship, throwing the discus and shot put. “I was not very big, but I was wiry. I loved to lift weights, and I liked to throw,” he says.

After earning a bachelor’s in education in 1972 and a master’s in ’73, he taught at an elementary school in the Irmo area. “I came up with all kinds of crazy things — the jogging club, the P.E. club, the weightlifting club. In my mind, they were a gift for those kids who wanted to do something besides just going home and watching TV all afternoon.”

Money was tight on a teacher’s salary, so Richard started doing odd jobs for other teachers and, in the process, taught himself how to weld. “I always was very mechanically minded,” he says. “I had this itch I couldn’t scratch — I like to build things or change them or repurpose them.”

We’re the little train that could. Other companies have engineers who don’t lift weights and can’t weld. [At Sorinex] it’s a one-stop shop. I’ve done it, built it and sold it.

He fabricated playground equipment for the school, then started building weightlifting equipment. It became his passion, teaching during the day and cutting steel and welding every evening. After seven years in the classroom he took a deep breath and went into business for himself.

“The playground equipment kind of fell to the wayside and the weightlifting equipment became my strong suit. People were saying, ‘It’s ugly and it’s black and it’s heavy, but, boy, is it good equipment.’ And from then on I never really looked back,” he says. “It was something I needed to do — it wasn’t something I decided to do. I would have done it whether I was paid or not.”

Richard put everything on the line in the new venture, applying his mechanical skills and strength training knowledge to come up with innovative designs that outshined the competition. “I would introduce myself and show them a better way to get there. I had the blessing of energy and passion, and I would not take 'no' for an answer.”

Richard’s big break came when his fledgling Sorinex firm won a competitive bid to build nearly 300 pieces of custom equipment for the University of Kentucky. Their athletics department staff had very specific desires, and Richard figured out how to fabricate each component. All at once, Sorinex was on the map. 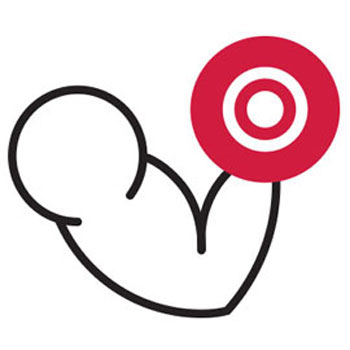 Bert had helped his dad at Sorinex as a teenager, then enrolled at South Carolina to study exercise science. Like his father, he had been a discus thrower and shot-putter in high school, but by his own admission not a very good one. “I was a late bloomer,” Bert says. “I got to college at 17 with the body of a 15-year-old, but through a lot of lifting and eating right I was able to do pretty well and ended up a four-time All-American in hammer throw. My fifth year I was team captain.

“It was a cool improvement, and I got addicted to that improvement. That’s really where the love of training came in. The more effort I put in, the more I understood the effects on the body and the mind. I kept getting better.”

Immediately after graduating in 1999, Bert began helping his dad make Sorinex better, too. With his All-American pedigree and keen knowledge of weight training and the science of fitness — not to mention a 6-foot-5 weightlifter’s physique — he has an instant rapport with clients, many of whom are strength and conditioning coaches at universities, and with professional teams across the country.

Other companies might say, ‘This is how we do it, this is what we have.’ Bert and Richard are like, ‘You asked us to do it this way, we’ll figure out a way to make it work.

Dillman, South Carolina’s football strength and conditioning director, heard of Sorinex’s reputation long before he met the father-son duo. When the Football Operations Center was completed last year he made a simple request: “I basically put the weight room project in Bert and Richard’s hands. I said, ‘You know what I do. Build something special.’ And they did.”

The 20-station, dual-sided racks feature several configurations and safety features to accommodate a high number of student-athletes at one time.

“It’s a very similar rack design to what we did for Tennessee, Oregon and Northwestern last year, but it also includes some things we’ve never done before at any other school,” Bert says, then smiles. “We gotta make sure we save a couple of trick plays for our boys.”

The Sorins pride themselves on customizing their equipment for each client, not only with cosmetic adornments but in actual design. “They’ll do whatever you want,” Dillman says. “Other companies might say, ‘This is how we do it, this is what we have.’ Bert and Richard are like, ‘You asked us to do it this way, we’ll figure out a way to make it work.’ ”

So what’s the big deal about customizing weightlifting equipment, anyway? Turns out the NCAA has very specific rules on weight training, limiting student-athletes to no more than eight hours per week in the weight room. That means athletics department staff have to maximize every minute in the gym, and that, in turn, demands equipment that can be configured quickly and efficiently for each student-athlete’s strength regimen. And that’s where Sorinex shines — building exactly what trainers want.

“I always knew we had that magical thing,” says Richard. “To be part of the deal, to help athletes get better — that’s what kept us in the trenches.”