Q and A with Christopher Berg

Carolina Distinguished Professor opens up about his varied roles as a teacher, performer and author, and his future plans

Carolina Distinguished Professor Christopher Berg has taught at the University of South Carolina since 1978 and has performed more than 400 solo guitar recitals throughout the United States. Through his performances and the publication of two books, Berg is a national leader in his field and plays a large part in the School of Music’s commitment to developing 21st-century musicians. We sat down with Berg to talk about his wide-ranging activities as a teacher, performer and author, and his plans for the future. 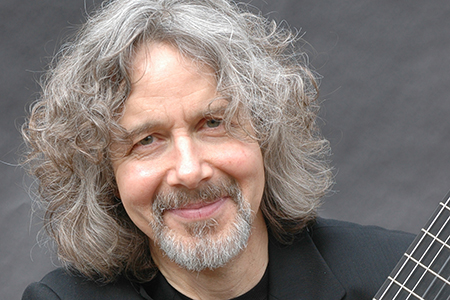 Music professor Chriostopher Berg has added "author" to his growing list of accomplishments .

Q: You’re known primarily as a performer and teacher, but during the last six months of 2019 you published two books with major publishers, Practicing Music by Design: Historic Virtuosi on Peak Performance (Routledge) and The Classical Guitar Companion (Oxford University Press). Are you going in a different direction now, or are these in addition to what you normally do as a performer and teacher in the School of Music at UofSC?

CB: I see it more as a different manifestation of the direction in which I’ve been going all along — working to expand the means of musical expression and develop more nuanced interpretations of concert literature for me and my students. Whether this is done by playing concerts, composing music or writing books, it all has to do with artistic expression in performance and how to create more compelling artistic interpretations.

Working with Routledge and Oxford was new, though. Both books were finished before I got involved with the publishers, which is backward from the model of writing a proposal and submitting sample chapters to a publisher, waiting for the readers’ reports, being offered a contract, and then completing the book — or asking for an extension. Oxford sent the complete book to outside readers and Routledge sent a few chapters. The readers’ reports from the two publishers arrived 20 minutes apart one day in June 2018, and the publishers offered contracts later that summer. Because the books were finished, the time between contract and the final manuscript submission was three or four months.

CB: Practicing Music by Design began with the insight that modern research on peak performance — most of which is centered around athletic skill — was anticipated by outstanding musicians and teachers of the past. For example, 19th- and early 20th-century pianists such as Theodor Leschetizky, Chopin, Karl Leimer, Rachmaninoff and Alfred Cortot described ways of working that find confirmation in recent neurological and psychological research. The same is true for violinists who wrote about the way they worked. This book makes these connections clear and is intended for all musicians who want to explore ways of achieving higher levels of technical mastery and musical artistry, including guitar players.

The Classical Guitar Companion was written to accompany guitar students throughout their guitar study. It’s neither a treatise, method book nor anthology, although it has elements of each. The chapters are organized by technique or musical texture. This means that one is not expected to progress through the book linearly, as with a method book or anthology. One student might be working in the chapters on “Scales,” “Melody and Accompaniment” and “Harmony,” while another might be working in “Arpeggios” and “Counterpoint.” Teachers and students can devise individual curricula based on their strengths, weaknesses and interests.

There’s never an end to this work, but to use the words of the great cellist Pablo Casals, 'I think I’m making progress.'

Q: Do you still perform music from The Pilgrim Forest, your CD of original solo guitar music?

CB: Although the 10 works on the album exist as a cohesive 60-minute whole, each piece works fine when performed separately, and I do occasionally perform some of them — especially "Lullaby Blue," which audiences seem to like — although there are a few pieces I’ve not performed in years.

I didn’t schedule any recitals for myself throughout most of 2018 and 2019 because I didn’t know how the final manuscript submission, copyediting and proofing would go for my books, although I still managed to practice and prepare new literature for a concert I gave in January 2020. I’ll be presenting a recital at the School of Music on April 5, and I’m thinking of adding a couple of The Pilgrim Forest pieces to that program.

Q: In the late 1990s, you stopped playing guitar for five years and started giving recitals on the Renaissance and baroque lute. These instruments are quite different from each other as well as being different from the classical guitar. It seems unusual and perhaps risky to do something like that. What was behind that decision and did studying and playing the lute have an effect on your performances when you returned to the classical guitar?

CB: I’ve loved lute music ever since I was a student, but I became dissatisfied with transcriptions for guitar. I felt the only way I could really know this music — unmediated by an editor — was to study the lute and play the music directly from the original manuscripts and publications. I was in the interesting position of having trained countless guitar students and here I was a beginner on the lute. I gained a valuable pedagogical perspective.

But I also had useful insights into performance. I spent most of one summer playing 16th-century Italian lute music, and the only music I heard was music I played. One day I turned on my car radio and heard a Mozart symphony. For about a minute I was disoriented. The Mozart symphony sounded modern. I had this realization about the value of approaching a piece of music from the era before rather than looking backward from today, which is what today’s classical musicians have to do by default. My ear changed, albeit briefly and unintentionally, as did my perceptions. The things that were new and different in the Mozart symphony stood out in a visceral way. This perspective has stayed with me, although I should add that Mozart no longer sounds modern to me. This is one example of something that altered my interpretation of literature from all periods as well as my writing.

Q: You’ve been engaged in a wide range of musical activities during your time at UofSC — teaching, performing on guitar, performing on lute, composing and writing books. What’s next for you?

CB: I’ve been working on some arrangements of popular music for solo guitar and will be playing at least one of them at my April 5 concert. I get requests from guitarists for scores to music from The Pilgrim Forest, but I’ve only made three of them available. I’m working on editions of the rest.

I’m not so keen on writing anything, at least right now, although some uninvited ideas occasionally pop up in my head. I mainly want to play and study new literature. I learned a lot from writing those books and my ideas about interpretation, study and technique are continually evolving. There’s something ineffable about interpreting great music but in one sense, it’s a creative and artistic analysis made audible, even if that analysis can be expressed no other way. There’s never an end to this work, but to use the words of the great cellist Pablo Casals, “I think I’m making progress.”