On Monday, May 4, 1970, during an anti-Vietnam War demonstration at Kent State University in Ohio, four students were shot dead by National Guardsmen. The tragedy, one of the era’s defining moments, sparked demonstrations on campuses nationwide. The University of South Carolina was no exception.

But the chaos that unfolded in Columbia wasn’t strictly a response to Kent State, or U.S. military policy in Vietnam, or even the draft. The next day, May 5, approximately 300 Carolina students marched onto the Horseshoe during the annual awards day program carrying four crosses and a black flag, honoring those killed. As the marchers stood behind newly-elected student body president Mike Spears during his swearing-in, Spears strayed from his prepared remarks and hit on a more localized concern.

On May 7, a larger group converged on the Horseshoe for a midday student strike. Some were upset about plainclothes police on campus and the administration’s presumed complicity. Some were upset that a local solicitor, John Foard, had shut down the UFO Coffee Shop (a hub for antiwar activity), put the owners on trial and targeted certain faculty for left-wing activity. Some were upset by the university’s attempt to displace Greene Street United Methodist Church.

There were also more commonplace concerns: dorm visitation policies, food quality in the dining halls, proposed fee increases and curriculum changes. And while the strike’s principle organizer, Brett Bursey, had been co-chair of AWARE, a vocal antiwar group, multiple organizations were present, including the Student Coalition for Academic Freedom, the Association of Afro-American Students, the Intra-Fraternity Council and FREAK, a group dedicated to enlightenment through drug use.

“I don’t like the phrase ‘perfect storm,’ but that’s kind of what it was,” says historian Henry Lesesne, author of A History of the University of South Carolina: 1940–2000. “Students were looking for ways to change the status quo, and they were struggling because the system was not responding. The university went from being almost a small liberal arts college at the start of the 1960s to a fairly sprawling bureaucratic institution in 1970, one that was fairly impersonal. Then there were all the social and political factors. It all came together.”

But the students were conflicted, and while the strike may have felt large, USC’s activist community was relatively small. When a cry went up for the U.S. flag to be lowered for the Kent State victims, the Young Americans for Freedom, a conservative student organization, tried to intervene. When university police were called in to restore order, some students fled, fearing violence.

President Tom Jones was caught in the middle. He would later tell an interviewer he opposed lowering the flag but did so because “a free-for-all fight on the Horseshoe would have been blood on my hands.”

But the flag incident was mere prelude. Around 2 p.m., the protest relocated to the Russell House, where activists kicked out university officials, barred the doors and declared a takeover. As word spread, a crowd gathered outside. Various faculty, administrators and student leaders, including Spears, tried to convince the protesters to come out. Just after 6 p.m., the South Carolina Highway Patrol arrived, initially to cheers. South Carolina Law Enforcement Division agents arrived as well, led by Chief J. Pete Strom.

Forty-one students were arrested at the Russell House. Bursey, banned from campus while he awaited trial for vandalizing the local draft board that March, was arrested near Longstreet Theatre. Before they drove him away, he remembers seeing the highway patrol and realizing many of them would have also been in Orangeburg in 1968, when patrolmen killed three South Carolina State University students at a civil rights demonstration.

Students were looking for ways to change the status quo, and they were struggling because the system was not responding.

The next day, May 8, more than 1,000 USC students marched on the State House, demanding amnesty for the arrested students, who had been temporarily suspended. A petition was circulated citing a “lack of responsive communication” on the part of the university, but the Board of Trustees, unswayed, scheduled a disciplinary hearing for Monday, May 11.

That’s when events turned truly ugly. As the board convened on the second floor of the Administration Building, several hundred students amassed outside. Fights broke out. Bricks were thrown. Cars were destroyed in the parking lot. Eventually, some in the crowd rushed the building, trashed the first floor and trapped the trustees upstairs. And then came the tear gas. The National Guard fired it on the Horseshoe, and later on Greene Street. The next day it was fired at Bates House.

The next flashpoint was the Honeycomb dormitories. Around 9:15 p.m., May 12, following a fruitless meeting between students and Gov. Robert McNair, approximately 175 students met outside the dorms in defiance of a 9 p.m. curfew. In a parking lot across the street, hundreds of Guardsmen stood in formation, and when some students began hurling empty bottles from one of the dorm roofs, the Guard responded with more tear gas, filling the buildings. By multiple reports, fleeing students were clubbed and handcuffed. According to The Gamecock, 85 students were arrested that night, many for being in the wrong place at the wrong time.

As the week wore on, rumors swirled and there were a few additional arrests. President Jones met with student groups and every hour WUSC played a recorded message of him telling students to “keep cool.” Some faculty stayed overnight in the dorms holding late night “rap sessions.” But students continued to assemble, organizing three straight rallies at Maxcy Gregg Park. The second rally, on May 14, featured actress and activist Jane Fonda and drew more than 1,500 people.

Then, just like that, it was over. Unlike Kent State, no shots had been fired, no one had been killed. Commencement was held, on schedule, in June. Over the summer, the board suspended 33 students involved in the riots, expelled 13 and put four on probation. Four others were exonerated. In August, Bursey stood trial for vandalizing the draft board and was sentenced to a year-and-a-half in prison, based on testimony of his former AWARE co-chair, Jack Weatherford, a graduate student and undercover SLED agent.

Finally, there was President Jones. Despite intense criticism from legislators for what happened under his watch, he received support from the board. And he seized the moment, accepting an invitation from student leaders to hold a series of “think tanks” aimed at improving communications. At the final session, held at Camp Gravatt, near Aiken, in October 1971, the seeds were planted for University 101, which would become the model for first-year experience programs nationwide.

But Jones had also sustained a serious wound, and as he endured additional crises, including one relating to an issue of The Gamecock featuring an incendiary front-page letter from Bursey, it became harder to maintain control. In January 1974 he announced his resignation.

“In some ways, that spring was the beginning of the end for him because the university lost some credibility with the legislature,” says Lesesne. “Internally, I think people understood that these things happen for a reason, but externally, this was not supposed to happen — not in Columbia, South Carolina.” 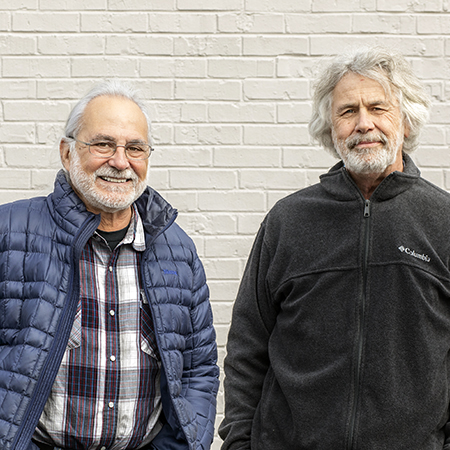 George Avakian and Bill Heacox grew up in the South Carolina Upstate, were members of the same fraternity and bonded over an emerging political consciousness inspired by opposition to the war in Vietnam. 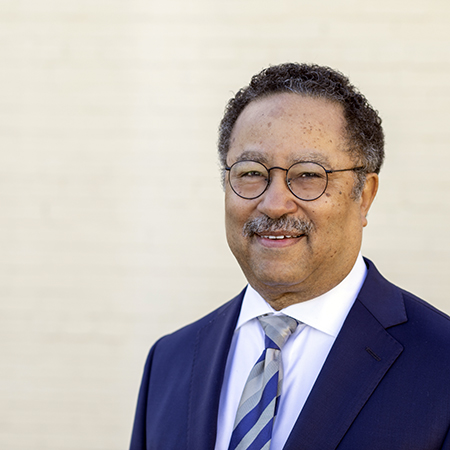 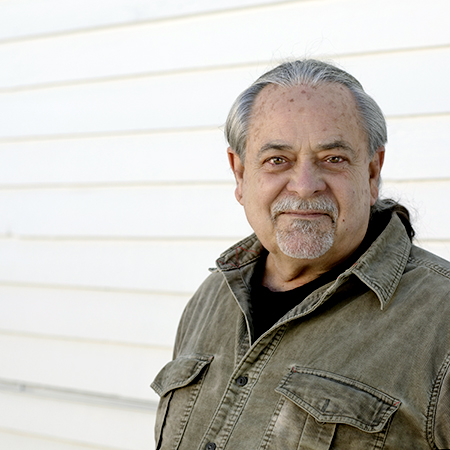 Brett Bursey helped orchestrate the May Student Strike and went to prison for vandalizing a draft board office. He has spent the past 50 years advocating for social justice and political reform. 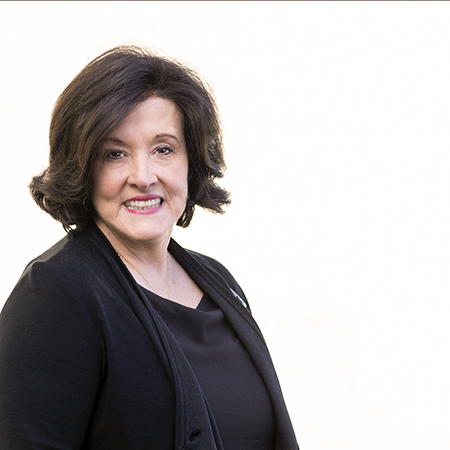 Vickie Eslinger was a leading figure in the women’s movement on campus. As an undergraduate, she started a hotline to provide information on birth control and reproduction, and to help pregnant students obtain access to safe abortions out of state. As a law student, she sued to become the first female page at the S.C. State House. 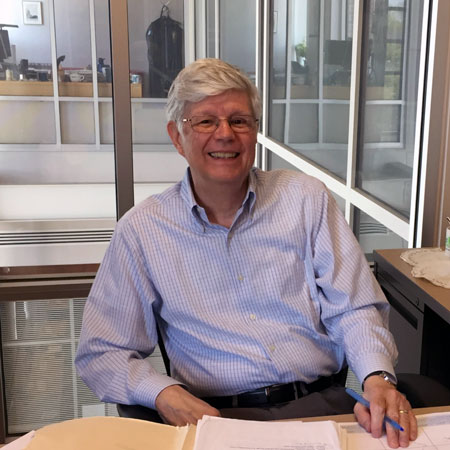 Carl Stepp is a retired journalist and professor in the Philip Merrill College of Journalism at the University of Maryland for 35 years. The spring of 1970 was his last semester at The Gamecock. 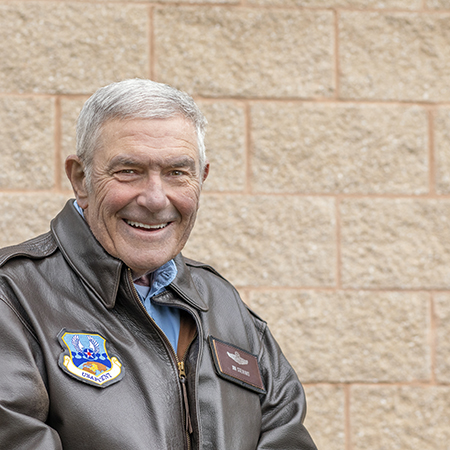 Jim Stewart spent 20 years as a fighter pilot in the U.S. Air Force, retired as a major, then spent 14 more in the civil service. In 1970, his freshman year, he was an ROTC cadet, a cub reporter with The Gamecock and a work study clerk at the Russell House information desk, where he witnessed the takeover.