Law professor Ann Eisenberg with co-authors Jessica Shoemaker and Lisa Pruitt write in The Conversation about five federal initiatives they say would go a long way toward empowering distressed rural communities to improve their destinies, while also helping bridge the urban/rural divide.

It’s no secret that rural and urban people have grown apart culturally and economically in recent years. A quick glance at the media – especially social media – confirms an ideological gap has also widened.

City folks have long been detached from rural conditions. Even in the 1700s, urbanites labeled rural people as backward or different. And lately, urban views of rural people have deteriorated.

All three of us are law professors who study and advocate intervention to assist distressed rural communities. The response we often hear is, “You expect me to care about those far-off places, especially given the way the people there vote?”

Our answer is “yes.”

Rural communities provide much of the food and energy that fuel our lives. They are made up of people who, after decades of exploitative resource extraction and neglect, need strong connective infrastructure and opportunities to pursue regional prosperity. A lack of investment in broadband, schools, jobs, sustainable farms, hospitals, roads and even the U.S. Postal Service has increasingly driven rural voters to seek change from national politics. And this sharp hunger for change gave Trump’s promises to disrupt the status quo particular appeal in rural areas.

Metropolitan stakeholders often complain that the Electoral College and U.S. Senate give less populous states disproportionate power nationally. Yet that power has not steered enough resources, infrastructure investment and jobs to rural America for communities to survive and thrive.

So, how can the federal government help?

Based on our years of research into rural issues, here are five federal initiatives that would go a long way toward empowering distressed rural communities to improve their destinies, while also helping bridge the urban/rural divide.

1. Get high-speed internet to the rest of rural America

The COVID-19 era has made more acute something rural communities were already familiar with: High-speed internet is the gateway to everything. Education, work, health care, information access and even a social life depend directly on broadband.

Yet 22.3% of rural residents and 27.7% of tribal lands residents lacked access to high-speed internet as of 2018, compared with 1.5% of urban residents.

The Trump administration undermined progress on the digital divide in 2018 by reversing an Obama-era rule that categorized broadband as a public utility, like electricity. When broadband was regulated as a utility, the government could ensure fairer access even in regions that were less profitable for service providers. The reversal left rural communities more vulnerable to the whims of competitive markets.

Although President Joe Biden has signaled support for rural broadband expansion, it’s not yet clear what the Federal Communications Commission might do under his leadership. Recategorizing broadband as a public utility could help close the digital divide.

It’s easy to take for granted the everyday things local governments do, like trash pickup, building code enforcement and overseeing public health. So, what happens when a local government goes broke? 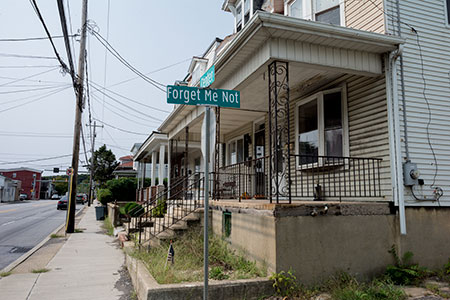 Schuylkill County, Pennsylvania, was once known for coal mining, an industry that has declined as the economy has changed. Andrew Lichtenstein/Corbis via Getty Images

A lot of rural local governments are dealing with an invisible crisis of fiscal collapse. Regions that have lost traditional livelihoods in manufacturing, mining, timber and agriculture are stuck in a downward cycle: Jobs loss and population decline mean less tax revenue to keep local government running.

Rural activists are also calling for a federal office of rural prosperity or economic transitions that could provide leadership on the widespread need to reverse declining rural communities’ fates.

Only 6% of rural people still live in counties with economies that are farming dependent.

Decades of policies favoring consolidation of agriculture have emptied out large swaths of rural landscapes. The top 8% of farms in America now own more than 70% of American farmland, and the rural people who remain increasingly bear the brunt of decisions made in urban agribusiness boardrooms.

Rural communities get less and less of the wealth. Those in counties with industrialized agricultural are more likely to have unsafe drinking water, lower incomes and greater economic inequality. 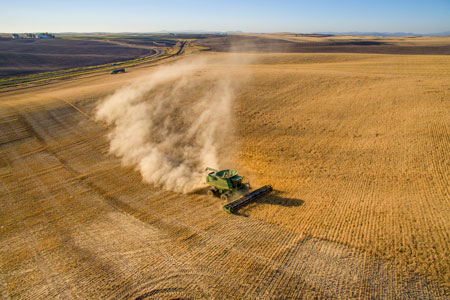 More than 70% of U.S. farmland belongs to the largest 8% of farm owners today. VW Pics/Universal Images Group via Getty Images

Access to affordable land is another huge issue. Beginning farmers cite that as their biggest obstacle. Federal support for these new farmers, like that imagined in the proposed Justice for Black Farmers Act or in other property-law reforms, could help rebuild an agriculture system that is diversified, sustainable and rooted in close connections to rural communities.

Biden’s plan to bring former Secretary of Agriculture Tom Vilsack back in the same role he held in the Obama administration has cast doubt on whether Biden is really committed to change. Vilsack built a suspect record on racial equity and has spent the past four years as a marketing executive for big dairy, leading many to worry his leadership will result in “agribusiness as usual.” 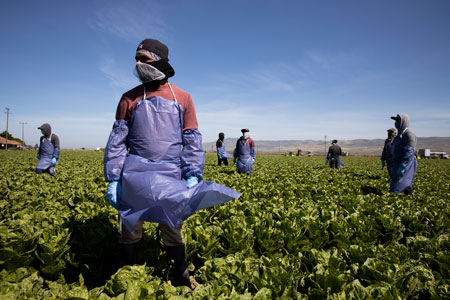 Over 83% of U.S. farmworkers are Hispanic. Brent Stirton/Getty Images

More than 98% of U.S. agricultural land is owned by white people, while over 83% of farmworkers are Hispanic.

At a minimum, the federal government can enhance workplace protections for farm laborers, strengthen protections of ancestral lands and tribal sovereignty and provide leadership for improving rural access to justice.

5. Focus on the basics

People who live in distressed rural communities have important place-based connections. In many cases, the idea of “just move someplace else” is a myth.

The greatest historic progress on rural poverty followed large-scale federal intervention via Franklin Roosevelt’s New Deal and Lyndon Johnson’s War on Poverty. Although these reforms were implemented in ways that were racially unjust, they offer models for ameliorating rural poverty.

They created public jobs programs that addressed important social needs like conservation and school building repair; established relationships between universities and communities for agricultural and economic progress; provided federal funding for K-12 schools and made higher education more affordable; and expanded the social safety net to address hunger and other health needs.

A new federal antipoverty program – which urban communities also need – could go a long way to improving rural quality of life. The 2009 American Recovery and Reinvestment Act targeted many of these issues. But urban communities’ quicker and stronger recovery from the Great Recession than rural ones shows that this program neglected key rural challenges.

Some of these steps will also require Congress’s involvement. So the question is, will federal leadership take the bold steps necessary to address rural marginalization and start mending these divisions? Or will it pay lip service to those steps while continuing the patterns of neglect and exploitation that have gotten the U.S. to where it is today: facing an untenable stalemate shaped by inequality and mutual distrust.