From a dirt road in SC, Jotaka Eaddy builds a career of transformative change

Jotaka Eaddy is fond of quoting the words on the University of South Carolina’s seal: Learning humanizes character and does not permit it to be cruel.

For Eaddy, a 2001 political science graduate and the first Black woman elected as the university’s student body president, those words — and their promise — help explain her life’s story. Her path started in the tiny Florence County town of Johnsonville, South Carolina, where she grew up on a dirt road. She now is the founder and CEO of Full Circle Strategies, a Washington, D.C.-based social impact consulting firm specializing in strategy development, management consulting, public affairs and community engagement.

Along the way she has helped win a U.S. Supreme Court case that abolished the juvenile death penalty, worked as a senior advisor to the president of the NAACP, directed policy and strategic engagement for a financial technology firm, and pushed for increased diversity and inclusion in big tech. Fortune magazine dubbed her “the Olivia Pope of Silicon Valley,” likening her to the fictional television character known as a powerful and connected “fixer.” 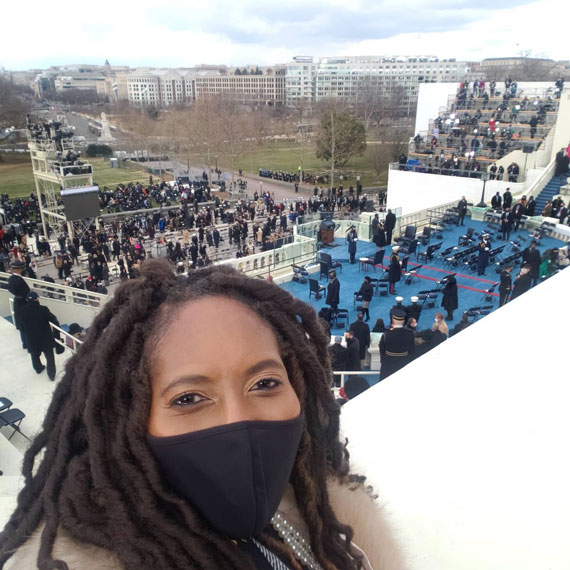 She also is the founder of #WinWithBlackWomen, a collective of intergenerational Black women leaders around the country. Her work led her to a seat at the presidential inauguration in January, where she watched the first Black woman vice president being sworn into office. And in March, she was instrumental in advising Goldman Sachs in the announcement of its historic $10 billion investment in Black women as a way  to advance racial equity and economic opportunity.

It’s been a life with big dreams fulfilled and “pinch me” moments. And it’s a journey that took off when she was a student at South Carolina, with professors who became mentors and fellow student leaders who became lifelong friends and colleagues.

“I’m working at the intersection of politics, advocacy and technology, with a goal of creating transformative change throughout the world. That’s what I wake up thinking about,” she says. “How can I take people pushed to the margins and put them at the center? How can I help create and drive policies that make a difference in lives of people who often are underestimated?”

She’s accomplished this by taking her experiences and the support she’s received from others and worked to be “a force for good. That’s how I think about how I want to manifest my life. And the University of South Carolina played and continues to play an important role in the development of who I am today and how I think about the work I do.”

An early commitment to advocacy and justice

The path to those dreams started early for Eaddy. While Johnsonville, population 1,395, had only one stoplight when she was growing up  (she points out there now are two), Eaddy was surrounded by a community rich in “love, grit and pride.”

As a middle-schooler, she remembers when South Carolina native and civil rights advocate Jesse Jackson came to march and advocate on behalf of workers on strike at a nearby plant. She was able to see what could be accomplished through commitment and advocacy. Also in middle school, she wrote a paper opposing the death penalty and became intensely interested in anti-death penalty work.

In high school, she had the chance to attend a national youth leadership conference in Washington — an opportunity that was helped along by family, friends and neighbors in her community, who baked cakes and sold dinners to raise the $3,000 to send her to the conference.

“These people who had never been on an airplane, wanted and hoped and dreamed I would achieve something. They created an avenue for me to launch my career and literally put me on a journey to reach my wildest dreams,” she says. “My family and the community took what little they had to help me get to a place to realize those dreams. I feel a deep obligation to them – they are my ‘original investors.’ ”

Making connections and history at UofSC

Eaddy arrived at the University of South Carolina, with the desire to make a difference; she graduated with the tools to accomplish those goals, thanks to mentors and other student leaders she met along the way and who still play a major role in her life.

She thinks about her peers in student government and in the Association of African American Students, many of whom she continues to collaborate and network with today. And she is thankful for the mentors who went the extra mile to be sure students were ready to lead in the “real world.”

How can I take people pushed to the margins and put them at the center? How can I help create and drive policies that make a difference in lives of people who often are underestimated?

She thinks about Cleveland Sellers, a civil rights icon in South Carolina, a professor and director of the university’s African American Studies program. Eaddy listened and learned when Sellers spoke from personal experience about the strategies used to effectively organize during the civil rights movement.

She remembers walking into psychology professor Cheryl Armstead’s classroom and seeing a strong Black woman leading the class. She thinks about Janis Leaphart, a student services coordinator in the political science department, who helped Eaddy earn credit for an internship spent learning to advocate against the death penalty.

And she thinks often about Don Fowler, the former chairman of the Democratic National Committee who taught in the College of Arts and Sciences at South Carolina for decades. During his American politics class Fowler told Eaddy, “You need to learn about the ‘colored girls.’ Those are some strong women. I feel like you could be like them one day.”

Fowler was referencing the name given to a group of Black women who were some of the country’s most influential and important figures in politics —  Donna Brazile, Yolanda Caraway, Leah Daughtry, Tina Flournoy and Minyon Moore. Fowler had Eaddy study about these women as part of a class assignment.

“He knew them, of course,” she says. “Over the years, I’d get to know these women and they would become my mentors and friends. I speak to these women one, two, three times a week. They guide me in all I do and shape so much of who I am as a leader and an individual. And it was at the University of South Carolina more than 20 years ago that I learned about them and was inspired to be like them.”

“When I think about what I do today, it’s a blend of everything (Sellers and Fowler) taught me. Fight for something bigger than you. Be inclusive. Those are things  I learned from them,” she says. “They opened my eyes up to people I would learn about, get to know and luckily learn from.

After working on progressive causes as a senior advisor to Ben Jealous — then president of the NAACP — she was lured to the new frontier of technology. It wasn’t an easy decision to leave her work on criminal justice reform and voting rights and move across the country to Silicon Valley. She didn’t know how to code, and she worried she wasn’t qualified for a career in tech. 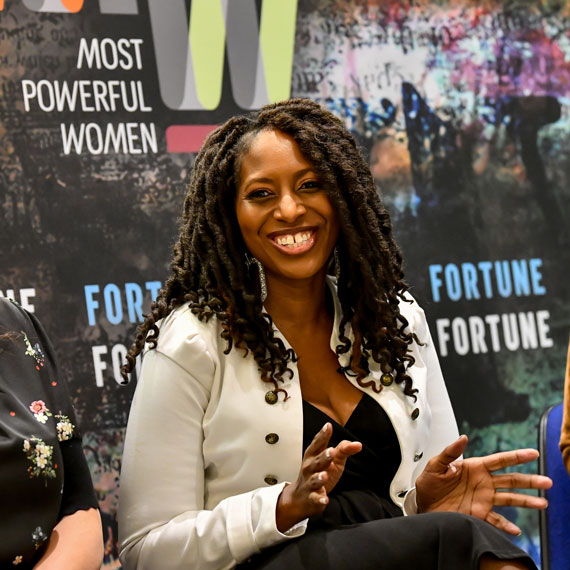 Jotaka Eaddy's work in Silicon Valley was geared toward helping the technology industry transition to be more inclusive, both in products and how it conducts business.

“My mentors said technology is the future, and we need people like you in tech. We need leaders that are Black women who have executive leadership experience. That was in 2013. There were not as many diverse voices. I suffered from impostor syndrome,” she says. “But Ben said, ‘You went to USC, a predominantly white institution and became the first Black woman to be student body president. Why is it you can’t come in and be successful in Silicon Valley?’

Eaddy inspired other people of color from around the country to migrate into the technology field. She earned the Olivia Pope comparison, and says she saw her job as a “connector” of people and ideas. But she says she’s also been referred to as a Harriet Tubman, helping lead new people to Silicon Valley. “Harriet Tubman was an amazing woman. I’ll take a reference to her any day with pride.”

Her work in technology was geared toward helping the industry transition to be more inclusive, both in products and how it conducts business.

“I continue to do that work. I said I was going to launch my own firm like Olivia Pope. For me it’s about being my whole self. I don’t have to be just about politics, just a tech strategist, just a civil rights advocate. I can be all those things. I learned at the University of South Carolina we can be our whole selves.”

And, she has always remembered those coming after her.

“I’m a firm believer that we have to lift as we climb. Minyon Moore taught me that. With all of these opportunities, I ask myself, ‘How are you walking through doors and ensuring they never close and also that the hinges are removed and the doors are widened?’ ”

And as for those “pinch me” moments. She remembers one clearly. It was a text that said: “Hey, it’s Oprah. Can we talk?”