Measuring how much time people spend with their smartphones used to be an inexact science, largely relying on the accuracy of individual self reporting. 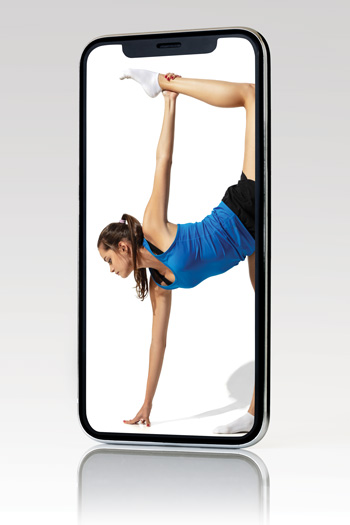 The study reveals a small negative correlation between media usage and perceived sense of well-being.

But when Robert McKeever and a colleague launched a smartphone usage study in 2017, they timed it to coincide with an update of Apple’s iOS that for the first time tracked weekly screen time. Comparing participants’ self-reported screen time with their actual usage was hardly shocking: both the college students and young professionals in the study logged more time on their mobile devices than they imagined.

“But we were less concerned with that underreporting of screen time than we were with how it correlated to their reported sense of well-being,” says McKeever, a School of Journalism and Mass Communications associate professor who studies health and science communication and media research. He collaborated on the study with Mo Jang, a former faculty member in the school.

“If you’re feeling depressed as a result of problematic smartphone use, that would be a concerning finding.”

The study did reveal a small correlation between media usage and perceived sense of well-being. “But to me," says McKeever, "what is intriguing is that the correlation was more pronounced with the older group — the young professionals were more affected than the college-age students.

If you’re feeling depressed as a result of problematic smartphone use, that would be a concerning finding.

“Of course, this is just one study, but there has always been an overestimation of the negative consequences of any new technology in the history of mass media. When they first appeared, radio, TV and social media each spawned some sort of moral panic about their effect on young people.”

While more research is needed to ascertain the negative correlation of smartphone screen time and well-being, McKeever wants to develop new research studies that examine the positive potential of media.

“That’s a moral imperative more than a research imperative," he says, "but it’s something that can help answer questions about how media and devices might help positively influence psychosocial outcomes.”