Why not? What if?

Romance, historical fiction, sci-fi — for young adult novelist Shanna Miles, it’s all fair game. It’s also rocket fuel for the imagination, whether she’s typing up the next interstellar adventure or turning kids on to reading and writing as a virtual school librarian.

Asked about the time traveling teens at the center of her debut novel, the former public relations major looks into her webcam and flashes a Why Not? smile. The pink nebula and faraway stars behind her head feel like a custom fit. She shrugs, and her locs momentarily vanish in the Zoom screen. “I’m a creative person,” she says. “I like stories and I love books.” 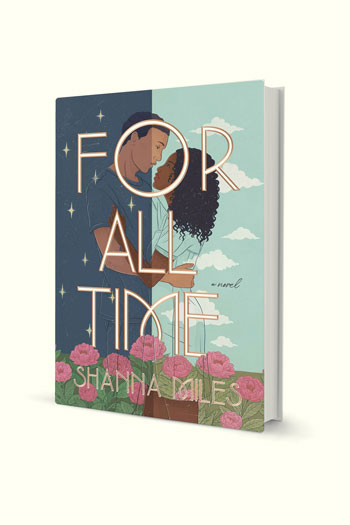 But the author of For All Time (Simon & Schuster) didn’t set out to be a writer. After graduating from the University of South Carolina’s College of Information and Communications in 2004, Miles worked in the “PR-adjacent” field of event planning, and later in pharmaceutical marketing. In 2010, she earned a master’s in library science at Georgia State University. Until 2021, she was a librarian at South Atlanta High School.

“I didn’t start thinking about writing a book until I was like 30,” says Miles. “I wasn’t someone always trying to get into the game. But when I was reading so many books in preparation for becoming a librarian I thought, ‘You know, I have my own ideas, stories that are hidden in my head. I could probably do this.’”

Except “doing this” didn’t mean just writing stories. It meant writing stories that would appeal to readers like herself, readers with similar backgrounds and experiences. It’s why the main characters in her debut novel live in modern-day Columbia (sometimes) and drink coffee at Cool Beans and eat doughnuts at Krispy Kreme. It’s also why she foregrounds Black culture the way she does. When she was first exploring the stories that would become For All Time, there weren’t too many young adult novels being published by and about people who looked like her.

“This was before we had these blockbuster young adult novels like Angie Thomas’s The Hate U Give or Nicola Yoon’s Everything, Everything,” she says, citing two influential Black novelists who burst onto the YA scene in recent years. “There weren’t many books with Black kids on the cover, especially for teenagers. Now we see more, but it’s still not representative of the population. There’s still more books written for children that feature animals than feature people of color.”

She also hadn’t encountered many young adult books that place the teenage love story in the context of the historical Black experience. When she wrote her book, she would send her star-crossed protagonists reeling through time, with stops in 14th century West Africa, 1920s America and other moments in history where she could apply a critical lens.

“People have made their careers writing romance for young adults and that just has not been the case for kids of color,” she says. “There was an opportunity there to highlight our ability to love through all circumstances.”

In other words, Miles wanted to explore race (and also gender) but with her own personal twist. She recalls the freewheeling brainstorms when she was first getting started. Her eyes light up for a round of What If?

“I thought, ‘I would love to have a story featuring Black kids who get to go to space!’” she says. “‘I would love to see some time travel! What about a kid who looks like my cousin or my husband, but who is like a Doctor Who figure?’ I wanted to see all of that, but that wasn’t available in the marketplace. And if it’s not there, you can go beg for it, or you can advocate for it — or you can create it.”

Miles created it. She pulled inspiration from canonical Black writers like Toni Morrison and Alice Walker, and from pop novelists like Charlene Harris. A fan of speculative fiction, she mined Octavia Butler and drew on the “steady diet of television and movies” she has been consuming since her own adolescence.

People have made their careers writing romance for young adults and that just has not been the case for kids of color. There was an opportunity there to highlight our ability to love through all circumstances.

“I like Star Trek and Star Wars and Doctor Who — all of these things,” she says with near-fangirl enthusiasm. “I wanted to write things that were expansive and epic and fun, but also Black. So yes, we’re going to be time traveling, but my character will be reading Jean Toomer.”

She brought that same passion to her library job, launching a writing club and encouraging her Atlanta students to participate in NaNoWriMo, the annual National Novel Writing Month event that challenges writers of all ages to complete a 50,000-word novel during the month of November.

The goal wasn’t for her teenage students to all finish the project, though some did. The goal was to provide a portal for their imaginations and to show them what’s possible.

“When you’re that young, it’s kind of like, ‘Wow, that’s so many pages!’” she says. “You’re hard pressed to get four pages out of a kid at that age, especially if we’re talking about revisions. But just getting them to think of themselves as people who can accomplish a certain thing, getting them to tease out the outline and showing them the mechanics of how novel writing works — it was fun!”

But there wasn’t a big to-do at school when her own book sold — “And I didn’t want there to be a big to-do,” she says. “Only the kids that were in my writing club knew. But we had our own little dance.”

And then the students got a whole other education when she let them eavesdrop on her interviews with prospective editors. “They got to see how the sausage is made,” she says.

Then it was on to the next chapter. Since her debut got picked up by Simon & Schuster, Miles has traded the brick-and-mortar school for online education and focused on a different kind of student. The elementary age kids she works with at Atlanta Virtual Academy provide fresh inspiration and a new audience — even if the themes she explored in For All Time are a little over their heads.

“It’s too old for the elementary school kids, so I wrote three middle grade books last year,” she says, flashing another Why Not? smile. “All of them are with my agent right now. And I started dibble-dabbling in picture books. I’ve got to do more research, but yes, I write for the kids that I serve.” 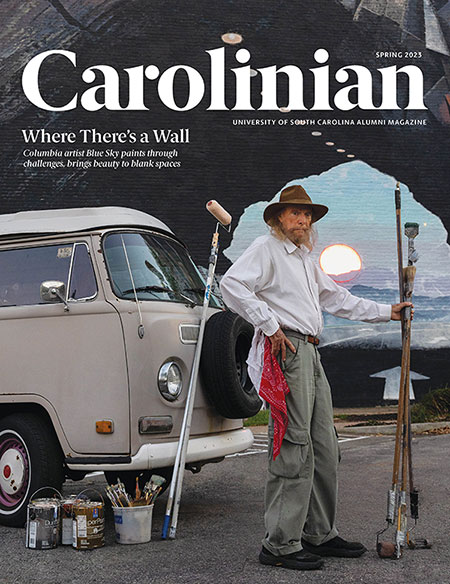