With the tone of social media conversations regarding the COVID-19 vaccine are varying around the world, this research team wanted to understand if these tones matched differing country-level vaccination rates. Journalism and mass communications professor Jungmi Jun writes for The Conversation on the influence emotions toward vaccines may have on whether a person decides to get a COVID-19 vaccination or not.

In countries with lower-than-expected COVID-19 vaccination rates, mentions of side effects and negative emotions dominated overall social media discourses on COVID-19 vaccines, according to our new research published in the journal Vaccines.

Our team wanted to understand whether the tone of social media conversations around the world matched differing country-level vaccination rates. To do this, we analyzed more than 21.3 million tweets in 33 languages from 192 countries posted between November 2020 and August 2021, searching any tweet that mentioned “COVID-19” and “vaccine” or “vaccination.” We then calculated percentages of these tweets that mentioned keywords signifying adverse events of vaccination, such as side effects, blood clots or death.

In addition, we used an artificial intelligence algorithm to analyze the sentiment and emotional tone of tweets. This algorithm can identify positive and negative sentiment as well as emotions in language – such as joy, fear, sadness or anger. We applied the algorithm to tweets mentioning COVID-19 vaccines, allowing us to measure the general emotional trends of different countries on Twitter.

Prior research has shown that emotions toward vaccines may influence whether a person decides to get a COVID-19 vaccination. Our study allowed us to examine this theory at national scales.

Globally, 1.15% of tweets related to COVID-19 vaccines mentioned side effects. Sentiments toward vaccines were on average more negative than positive, with nearly two times more negative tweets than positive ones. But interestingly, negative emotions like fear, sadness or anger appeared only 0.7 times as often as joy worldwide. Using these numbers as baselines, our analysis controlled for national socioeconomic characteristics as well as numbers of COVID-19 cases and deaths and then compared countries’ Twitter trends and vaccination rates to global averages. We removed ads and spam from our analysis, but did not remove tweets that may be posted by bots, as they are a part of the Twitter landscape.

We found that when social media discourse on vaccination is more negative than the global average in a country, the vaccination rate tends to be lower than expected.

In particular, a high prevalence of tweets mentioning “side effects” or displaying fear, sadness or anger were predictive of low vaccination rates. For example, 1.42% of tweets from South Africa mentioned “side effects” – higher than the global average of 1.15% – and negative emotions appeared in tweets 1.55 times as often as joy – more than double the global average. At the time of our analysis, South Africa reported a vaccination rate of 30%, lower than other countries with similar characteristics.

We found similar correlations between negative Twitter sentiments and lower-than-expected vaccination rates in many other countries, including Namibia, Ukraine, Croatia, Poland, Mexico, the Philippines and Burma.

In the U.S., fear, sadness or anger appeared almost as often as joy – showing more negativity than the global average. At the time of the analysis, the vaccination rate in the U.S. was 72%, lower than the 80% or above in many other high-income countries, like Germany and Canada. 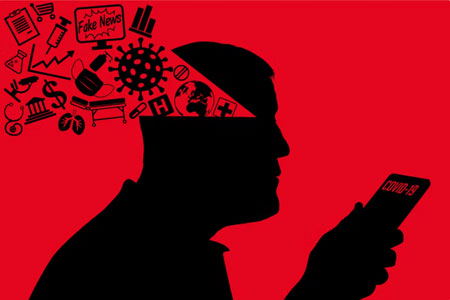 Negative emotions toward vaccines are tied to lower vaccination rates for individuals, and this research shows the trend holds at national level, too. Pict Rider/iStock via Getty Images.

In most developed countries – including the U.S. – many individuals are refusing vaccines even though vaccines are plentiful and easy to access.

Social media has been a critical means of disseminating COVID-19 information. But Twitter, Facebook and other platforms have also been flooded with misinformation and disinformation – as well as people’s personal sentiments on vaccination – since the beginning of the pandemic. Research shows that the more information about COVID-19 people are exposed to via social media, the less accurate their knowledge about COVID-19.

Our research expands on these individual-level findings and shows social media discourses are also associated with vaccination behavior at the national level.

Our findings show a correlation between social media discourse and vaccination, but this type of analysis cannot identify causality. We also did not explore the reasons behind why some countries show more negative emotions in tweets than others. This might be linked to cultural differences among countries.

Another limitation is due to the vagueness of language. The AI system we used is relatively good at characterizing sentiments and emotions in a tweet, but not 100% accurate. Additionally, the AI is not as strong when analyzing tweets in languages other than English.

The World Health Organization has declared the widespread misinformation about COVID-19 an infodemic, and 132 countries have agreed to combat it. Our findings support the idea that global efforts to combat misinformation, address negative emotions and promote positive language surrounding COVID-19 vaccination on social media may help boost global vaccination rates.