The turns, loops, drops and dips of roller coasters get more spine-tingling every year.

Those steep hills cause chills instead of thrills for many parkgoers. A 2019 study found that 65 percent of people suffer from motion sickness.

There is no need to worry about going green and missing out on magical family memories at the fair. Scott Smith, assistant professor at the University of South Carolina College of Hospitality, Retail and Sports Management and coaster enthusiast, has 10 tips that can help calm the squeamish stomach and get back to the hair-raising fun. 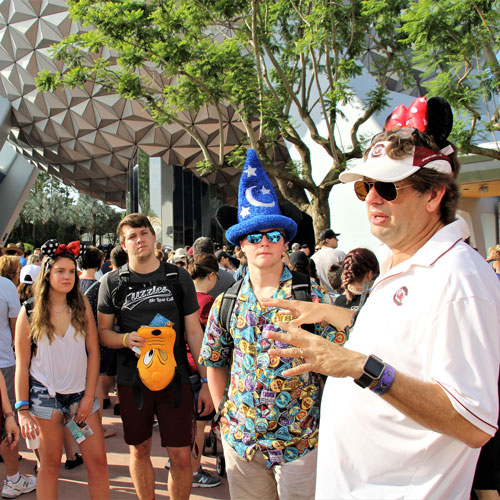 Smith has conquered over 200 of the most extreme coasters in the world. He was born and raised in Orlando and began his hospitality management career at Walt Disney World and still provides consulting to the hotel, resort and theme park industries.

Smith says the scream machines are designed to be taller and faster every year and many now include 3D video to immerse thrill-seekers as they speed along the tracks. While the rides will get your heart pounding, it’s what the eyes see as our brain receives conflicting signals that cause nausea. 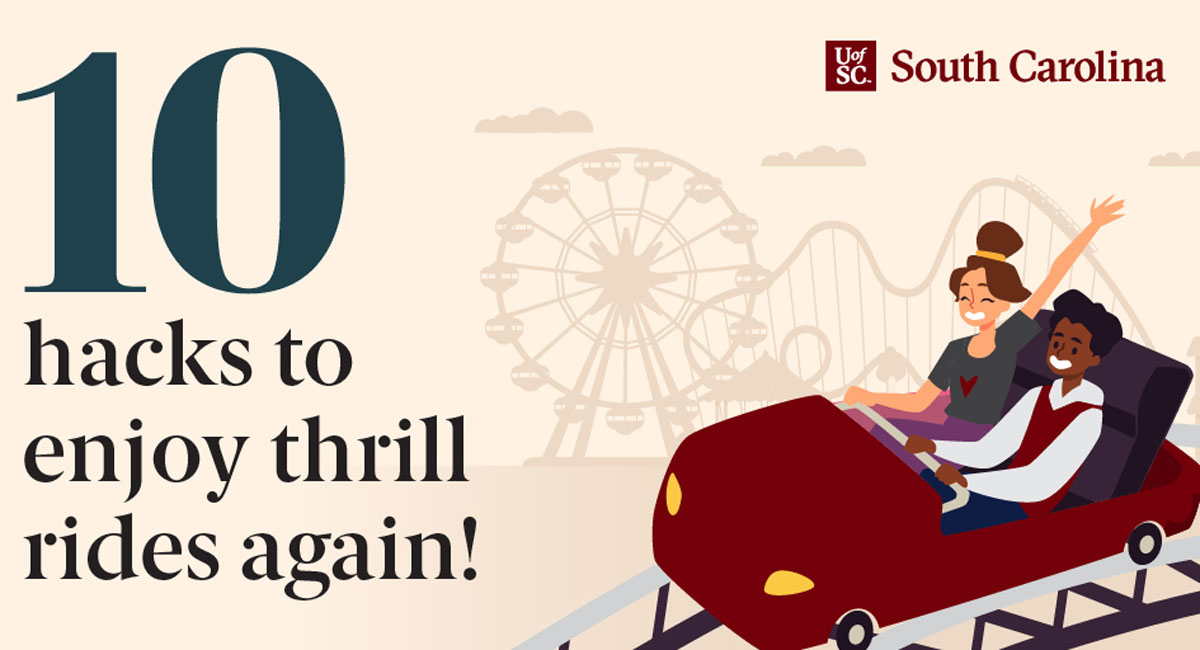 “You need to sit on either end — the right or the left. And if looking ahead or at a 3D screen bothers you, look down and to the right if you are on the right-hand side or look down and to the left on the left-hand side. Look at the ride track and the ride vehicle, which is fascinating itself — and not at the screen, because if you look at the screen, you will get motion sickness if you're prone to it.”

“Seconds before the coaster launches, I will pinch my nose and blow a little bit of pressure into my ears. Your inner ear has kind of a liquid bubble in it like a level and if it gets a buildup that is out of balance, it can cause vertigo. Clearing your ears right before take-off will give you a temporary ‘bubble relief’ in your inner ear.”

“If you are tired, that will make you more susceptible to motion sickness. Tackle your big rides first thing in the morning when you're not exhausted.”

“You need to rework your brain to acclimate to what you're seeing. Don’t close your eyes. Look to the right or to the left and look at the doors and focus on them because those will be in sync with what the inner ear is telling your brain.”

5. Prepare for the twists and turns

“I get car sick easily, but there's one way I know that I will never, ever get car sick and that's when I'm driving. I can anticipate turns. If you can anticipate what's going on with the roller coaster, then you won’t feel as sick when there is a sudden turn.”

“One of the worst things that can happen to you is not the sudden speed, but your head moving from side to side. If your head is going back and forth like a like a ping-pong ball it causes problems with your nerves. Try to secure or hold yourself so your head is not getting swung around.”

“Generally, they say to eat light, but I’ll add to that and say the key is to stay hydrated. Drink plenty of water and do not ride on an empty or a very full stomach.”

8. Get a little help

“Veloci-Coaster at Universal's Islands of Adventure is one of the biggest new coasters right now and I was able to ride it even though it has a lot of twists and turns thanks to the ReliefBand. It basically sends small electrical pulses on your wrist that mitigates those conflicting signals that are being sent to your brain.”

“Screaming and yelling increases the production of endorphins which can produce more enjoyment thanks to the adrenaline and excitement. Plus, where else in the world can you yell and scream and not have people think you are crazy?”

“Statistically speaking, you're far more likely to be injured in your car ride to the theme park than in the park. Even though the coasters are higher, faster and taller than ever, they are far safer because we know a lot more about physiology and how G-forces work on the body.”