Distinguished professor emeritus of biological sciences Franklin G. Berger writes for The Conversation about the utility and need for colonoscopies.

A recently published study in a high-profile medical journal appeared to call into question the efficacy of colonoscopy, a proven and widely utilized strategy for the screening and prevention of colorectal cancer.

News headlines were striking: “Disappointing results on colonoscopy benefits”; “New study suggests benefits of colonoscopies may be overestimated”; “In gold-standard trial, invitation to colonoscopy reduced cancer incidence but not death.”

Such news coverage has ignited controversy and created some confusion about the study and its implications, leading people to question whether the results suggest that reevaluation of the utility and need for a colonoscopy is warranted.

As a cancer research scientist with over 20 years of experience studying colorectal cancer screening and prevention, I am confident that colonoscopy remains one of the most critical and effective tools to screen for, detect and prevent this prevalent and lethal form of cancer.

Colorectal cancer is the fourth-most prevalent and second-leading cause of cancer deaths in the U.S. The American Cancer Society estimates that there will be 151,000 new cases of colorectal cancer diagnosed in 2022 and nearly 53,000 deaths. Screening has contributed markedly to a decline in colorectal cancer cases and deaths over the past several decades.

Current U.S. Preventive Services Taskforce guidelines recommend that people with average risk begin screening for colorectal cancer at the age of 45. This recommendation was lowered from age 50 in 2021 due to the recent increase in colorectal cancer disease prevalence among young adults.

Colorectal cancer screening options – Pick a test, get it done! I UCLA Health 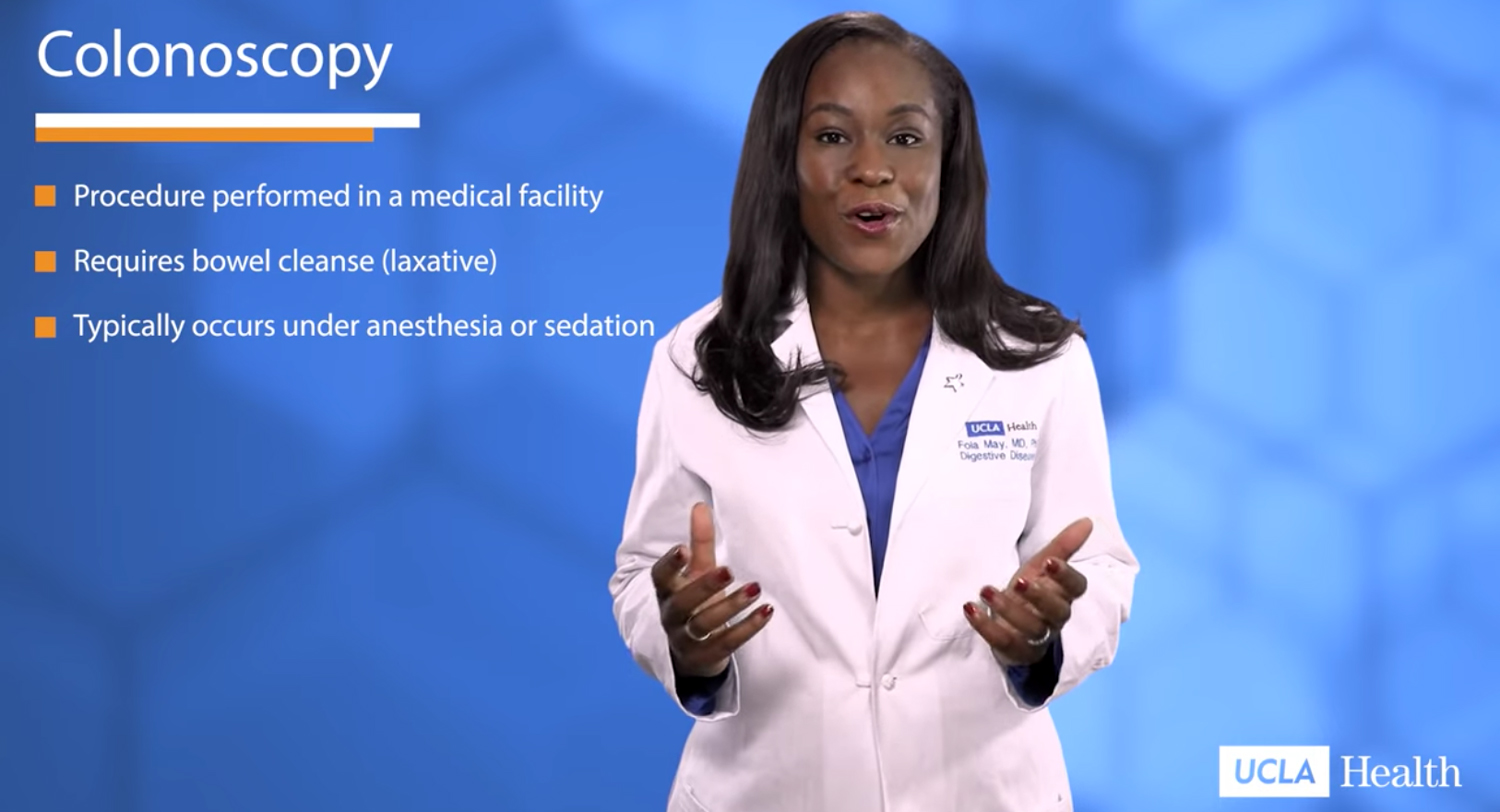 Several investigations have shown that colonoscopy screening is highly effective in the detection and removal of precancerous polyps before they progress to cancer.

That is why media coverage of the new study published in the New England Journal of Medicine prompted confusion and concern among health care experts and the public. Many of these news reports mistakenly interpreted the study as showing that colonoscopies have a small effect on the incidence of colorectal cancer and are ineffective at reducing deaths. Such misinterpretations could have grave consequences with regard to efforts aimed at screening and preventing a form of cancer that affects the health and well-being of so many.

In the study, a team of European researchers performed a randomized clinical trial that examined the risk of colorectal cancer and death in healthy men and women between the ages of 55 and 64. Study participants, who were recruited from population registries in Norway, Sweden, Poland and the Netherlands, were either invited to undergo a colonoscopy or were not invited and received usual care.

When the researchers determined the benefit among those who actually underwent a colonoscopy, they found that the incidence of colorectal cancer decreased by 31% and deaths decreased by 50% – results that are much closer to those expected from other studies.

Another shortcoming of the study is the time between recruitment and screening of the participants. Colorectal cancer is typically slow to develop, taking 10 or more years to progress from precancerous polyps to cancer. Thus, the 10-year window used in the study may be too short to measure the full impact of colonoscopy screening. The authors recognize this and indicate that they will be doing an analysis at 15 years.

These and other issues have been clearly outlined in responses to the study by several medical and advocacy groups comprised of experts with long-standing experience in colorectal cancer and its screening. These include the National Colorectal Cancer Roundtable, the Colorectal Cancer Alliance, the American Cancer Society and the American Society for Gastrointestinal Endoscopy, among others.

All of the responses emphasize that, despite the tone of much of the media coverage, nothing in the study changes the recognized reliability or efficacy of colonoscopy screening. At best, the findings confirm that for many, a simple invitation to screening does not necessarily promote participation in screening.

Colonoscopy: A Journey Though the Colon and Removal of Polyps 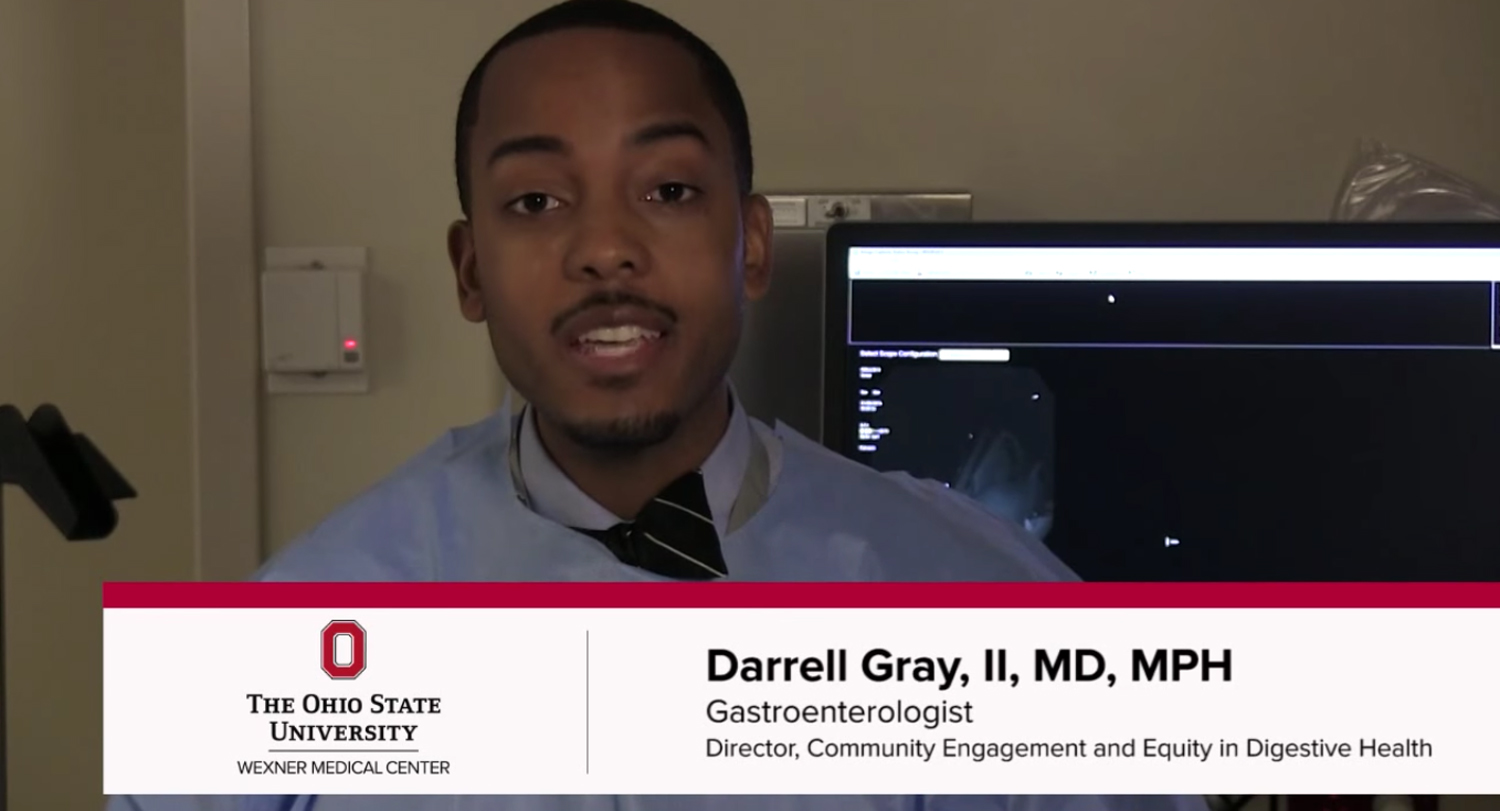 During a colonoscopy, a long flexible tube is inserted into the rectum and moved through the colon to allow the direct viewing, identification, imaging and removal of abnormal tissues such as precancerous polyps that could progress into colorectal cancer. As such, for quite some time, colonoscopies have been considered the “gold standard” for colorectal cancer screening and prevention, and still are.

However, there are several features of the procedure that can deter people from choosing it. It is invasive, and there is risk – though small – of complications. In addition, for the procedure to be effective, the colon must be cleared of any stool, requiring a protocol that many find distasteful and uncomfortable. Finally, it can be expensive, creating barriers for those who lack adequate insurance coverage.

Though not as sensitive as a colonoscopy, there are a number of noninvasive alternatives for colorectal cancer screening that are currently available and recommended by the U.S. Preventive Services Task Force for people with normal risk levels. Such alternatives include stool tests such as high-sensitivity guaiac fecal occult blood tests, fecal immunochemical tests and multitarget stool DNA tests.

These methods vary in effectiveness, and each has advantages and disadvantages. The option of choice is based upon patient preference, determined with input from the medical provider. But those at higher risk, such as having a family history of colorectal cancer, certain symptoms such as blood in the stool or a history of polyps are advised to get screened by a colonoscopy.

Importantly, noninvasive screening tests do not on their own prevent the disease. Rather, they raise the possibility that a benign polyp or tumor may exist, and must therefore be followed up with a colonoscopy to confirm the presence of, and remove, any abnormal lesions.

Most recently, researchers have made significant progress in the development of liquid biopsies, which involve the profiling of informative biomarkers in fluids such as blood. This type of profiling identifies signals for detecting and monitoring numerous cancers, including colorectal cancer.

There is particular enthusiasm in the scientific and medical communities around liquid biopsies that can aid in multi-cancer early detection. This approach offers great potential in the early detection of colorectal cancer as well as numerous other cancers for which there are currently no effective screening methods. Multi-cancer early detection tests are under development by many companies and are not yet approved by the Food and Drug Administration. Several are currently available by prescription as laboratory-developed tests.

As with all noninvasive tests, liquid biopsies must be appropriately followed up to verify, remove and/or treat any identified lesions. Extensive research on liquid biopsies is ongoing, and results suggest that a new generation of highly sensitive, readily available and patient-friendly modes of cancer screening will emerge in the next few years.

Over the past several decades, screening has contributed significantly to a marked reduction in the incidence and mortality of colorectal cancer. Given the aging of the population, as well as the recent rise in colorectal cancer among young adults, detecting the disease sensitively and in its earliest stages is more important than ever.

Banner image: Colorectal cancer is the second-leading cause of cancer death. But by finding polyps early on, colonoscopies can detect and prevent the cancer. Sebastian Kaulitzki/Science Photo Library via Getty Images