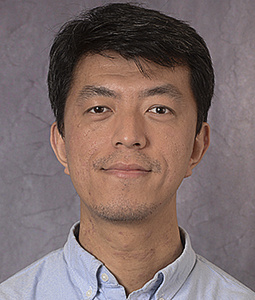 As a linguist who is a native Chinese speaker as well as Chinese language teacher, Jiang primarily focuses on the second language acquisition especially on the L2 learning of Chinese. He uses psycholinguistic approach to study the mechanism of language processing, particularly on the relation between the form of feedback and learning outcome (e.g., implicit vs. explicit learning). His goal is to apply the findings in basic linguistic research to better serve the second language classroom teaching by incorporating certain types of trainings into an existed Chinese language curriculum.

Jiang is currently studying the relation between the indexical information (e.g., speaker voice) in speech and the sound categorization trying to further understand why multiple talkers’ speech is more robust in terms of training learners’ speech perception. He is using video game as a perceptual training paradigm to study learners’ speech learning. Jiang also studies the processing of Chinese characters, which is of logographic writing system.

Liu, Jiang, Zhang, Jie., Tremblay, Annie., Jongman, Allard., Sereno, Joan., & Johnson, David.  (under revision) “The effects of talker variability and variances on the tone categorization in an implicit learning environment”, the Journal of the Acoustical Society of America.