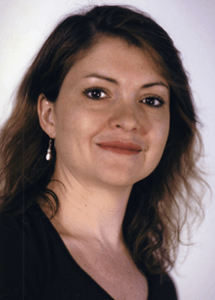 Catherine Wiskes is a Senior Instructor of Spanish and the Course Coordinator for the Beginning Spanish courses, Spanish 109 and Spanish 110. Catherine had an early introduction to other languages, living abroad as a child in Iran, throughout Europe, and in Venezuela. She was particularly interested in Spanish after living in Venezuela for two and a half years, and she continued to study the language after moving back to the States. In high school and in college, Catherine traveled extensively throughout Central America and Mexico, working in medical clinics in Guatemala and Honduras, and studying abroad in Mexico, Guatemala, and Nicaragua. Her academic interests are foreign language acquisition and instruction, translation, and sign language development and acquisition. She started teaching at USC as a TA in 1998 and was hired as a full-time faculty member in 2000. She has also worked as a translator and interpreter for the Department of Social Services and the Department of Health and Environmental Control, and has translated and recorded materials for McDonald’s and BCBG Max Azria, and was a contributing writer for the textbook Conectados.