Board of Trustees selects interim president 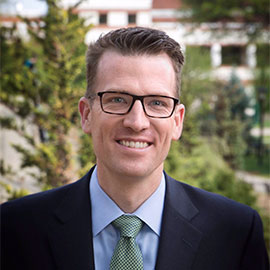 Brendan Kelly was appointed the sixth chancellor of USC Upstate in March 2017. He was previously vice president for advancement at the University of West Florida, where he led the units of university marketing and communications, alumni relations, development, community engagement and more.

After interviewing the four presidential candidates recommended by the Presidential Candidate Search Committee, the Board of Trustees voted Friday (April 26) to continue the search for the 29th president. Effective Aug. 1, Brendan Kelly, chancellor of the University of South Carolina Upstate, will assume the position of interim president.

"While this invitation came as a surprise to me, it is my honor and privilege to serve the University of South Carolina," Kelly said. "I am looking forward to working with the board and my colleagues in the coming weeks as we work together to make this transition."

Since becoming chancellor of USC Upstate in March 2017, Kelly has articulated an ambitious vision for the university aimed at creating transformative opportunities for students and the communities of South Carolina’s Upstate region and beyond. Kelly and his leadership team have positioned Upstate as a top public, regional comprehensive university in the Southeast — one that is focused on maximizing the institution’s ability to educate students, is deeply connected to industry, and is purposefully involved in the community. The university is highly ranked for excellence in performance by U.S. News & World Report, at No. 2 among Top Public Regional Universities in the South.

He and his wife, Dr. Tressa Kelly, have three children: Bree, Liam and Kieran.

I am looking forward to working with the board and my colleagues in the coming weeks as we work together to make this transition.