Campus arborist manages the forest — and the trees 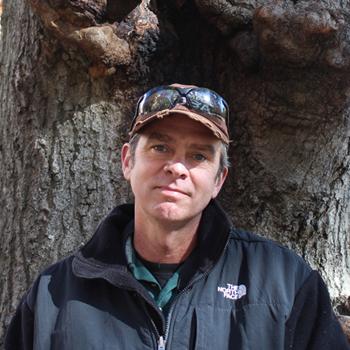 USC's campus arborist tends a forest of 7,000-plus trees.

With some 7,000 trees scattered across campus, USC arborist Kevin Curtis has his hands full every day removing hazardous limbs and keeping close watch on the university’s urban forest.

But Wednesday (Nov. 20) will be especially busy — that’s when Curtis and his crew will work with contractors to plant a new live oak on the Horseshoe. The planting will replace a 150-year-old tree that was removed earlier this year when serious cracks appeared in the trunk following a lightning strike.

The new tree, a 10-inch-diameter live oak, will be among the 1,200 trees the university has planted in the past year. USC’s efforts have been recognized by the Arbor Day Foundation, and the school has been named a Tree Campus USA for four years in a row.

So what’s it like being responsible for managing USC’s woodlands? @UofSC Today coaxed Curtis down from a bucket truck to find out.

How did you become the campus arborist? Have you always liked trees?

I’ve always liked being outdoors, and, yes, I have a lifelong interest in trees. I earned a biology degree from USC in 1988 and an M.A.T. a few years later with the idea of teaching high school science. But I decided I’d rather be outside so I started working in the nursery industry. I’ve been in landscaping at the university for 16 years.

And now you spend a lot of time in a bucket truck inspecting and pruning trees.

Yeah, you can’t be afraid of heights and work with trees. We prune for safety reasons, mainly — removing hazardous limbs that are in danger of falling and trimming limbs that are blocking security lighting. When we remove a tree for safety reasons, we sometimes have to repeatedly explain to people the reasons why the tree had to come down — it’s always about the health of the tree or a safety concern.

What are the biggest challenges to maintaining a healthy campus forest?

Construction projects and steam lines. We had a situation several years ago where a steam line was leaking directly underneath a tree — the steam eventually killed the roots and the tree. Tree disease is also a concern. Our goal is to have a diverse tree population so that everything won’t be wiped out if something strikes. We wouldn’t want to repeat what happened in the early 1900s when Dutch elm disease wiped out a large portion of the trees on the Horseshoe.

Do you have any favorite trees on campus?

I’d have to say that the big live oak we lost earlier this year was my favorite. It had endured so much and seemed at first like it was even going to survive the lightning strike. But I have other favorites, too, like the big water oak in front of McCutchen House with the knobby burls on one side.

Any trees that don’t grow in this climate that you’d like to see one day?

The California redwoods are definitely on my bucket list.