Viewing Fukushima in the cold light of Chernobyl 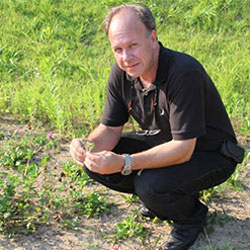 The Fukushima Daiichi nuclear disaster spread significant radioactive contamination over more than 3500 square miles of the Japanese mainland in the spring of 2011. Now several recently published studies of Chernobyl, directed by Timothy Mousseau of the University of South Carolina and Anders Møller of the Université Paris-Sud, are bringing a new focus on just how extensive the long-term effects on Japanese wildlife might be.

Their work underscores the idea that, in the wake of the Chernobyl catastrophe in 1986, there have been many lost opportunities to better understand the effects of radiation on life, particularly in nature rather than the laboratory. The researchers fear that the history of lost opportunities is largely being replayed in Fukushima.

Given the widespread interest in using nuclear power as a means of generating energy with minimal carbon emissions, the authors believe policy-makers – and not just in Japan – need to better fund independent scientists wanting to study the after-effects of Fukushima.

Mousseau and Møller have with their collaborators just published three studies detailing the effects of ionizing radiation on pine trees and birds in the Chernobyl Exclusion Zone. “When you look for these effects, you find them,” said Mousseau, a biologist in USC’s College of Arts and Sciences.

In the journal Mutation Research, they showed that birds in Chernobyl had high frequencies of albino feathering and tumors. In PlosOne, they demonstrated that birds there had significant rates of cataracts, which likely impacted their fitness in the wild. And in the journal Trees, they showed that tree growth was suppressed by radiation near Chernobyl, particularly in smaller trees, even decades after the original accident.

Given previous work by scientists in former Soviet bloc nations, the results were not unexpected to Mousseau and Møller. “There’s extensive literature from Eastern Europe about the effects of the release of radionuclides in Chernobyl,” Mousseau said. “Unfortunately, very little of it was translated into English, and many of the papers – which were printed on paper, not centrally stored, and never digitized – became very hard to find because many of the publishers went belly up in the 1990s with the economic recession that followed the breakup of the Soviet Union.”

A large body of this work finally came to the attention of Western scientists in 2009 with the publication of  “Chernobyl: Consequences of the Catastrophe for People and the Environment” as a monograph in the Annals of the New York Academy of Sciences.

“That publication was a response to the World Health Organization’s Chernobyl Forum in 2006, which explicitly states that they found that the plant and animal communities in Chernobyl were doing incredibly well and have come back better than ever, because of the absence of people,” Mousseau said. “But when you dug into the Chernobyl Forum report to find out what they based this conclusion on, there were no scientific papers to support it.”

The Eastern European compilation published in 2009 ran contrary to that positive assessment, but it lacked elements of scientific rigor in places. “It is the best summary of the papers that have been generated in Eastern Europe, and it’s an important body of work for understanding Chernobyl,” Mousseau said. “But there were some problems – for example, with the lack of statistical treatment. We’re using these studies as a bit of a guide, but trying to do them in a thorough way, better than anyone’s done them before.

“The uniform theme we find from these papers is that, when you look carefully, in a quantitative way, you see numerous biological impacts of low doses of radiation. Not just abundance of animals, but tumors, cataracts, growth suppression.”

And as Mousseau and Møller detail in an editorial in the Journal of Health & Pollution, the opportunities to study these sorts of effects in nature are once again slipping away, much as with Chernobyl. “The funding for independent scientists to do basic research in contaminated areas in Fukushima is just not there,” Mousseau said.