PR alum opens the door for others 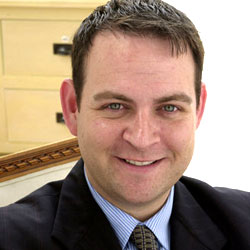 Stephen Brown’s parents joke that his first words were Bi-Lo and Sears. As a young child, he sang advertising jingles and could recognize a company’s logo. A pop culture fanatic, he would memorize the HBO guide and recite movie reviews for kindergarten show-and-tell.

So a career in advertising and public relations simply made sense.

It’s a full plate, but the 1995 graduate of the South Carolina Honors College and the School of Journalism and Mass Communications learned plenty about juggling at Carolina. He wrote movie reviews for several publications, was involved in multiple student organizations and completed several internships. And the list goes on.

“The biggest thing I learned in school was being able to balance a lot at once,” Brown said. “It’s just the way I’m built.”

He remains involved with Carolina, helping plan the Atlanta stops on the annual public relations Maymester – a trip that has opened doors for several students to jobs after graduation.

“I like being able to show students how USC life translates to being in the real world,” he said.