Leaping into a new career direction 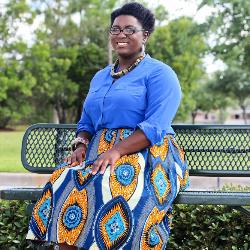 A leap of style

From would-be journalist to teacher to clothing designer and entrepreneur, Karissa Lindsay has taken a winding road to land right where her teenage self wanted to be.

Lindsay says she realized during her senior semester as a journalism student at the University of South Carolina that a reporter's life was probably not for her. So she joined Teach for America and taught English in Houston and even went on to be an instructional specialist.

It was during her downtime as a teacher that she returned to her first love: designing and making her own clothes.

"People told me that I should sell my things so I decided to design a collection and started with a sewing machine that I bought off of eBay for $50," she says.

Using Etsy, a website that allows sellers to offer only handmade items, Lindsay started filling orders quickly. Feeling particularly confident, she wore a pair of shorts she made to a boutique in Houston and immediately caught the owner's eye. Just like that, her first order was placed to be stocked in a real, live store.

"It's been very surreal," she says. "I had a business plan that had me getting into boutiques within the next three years, but three months out, I was already in a boutique."

Although she is living out her high school dream of a career in fashion design, Lindsay says she knows her success as an entrepreneur is largely thanks to many of the skills she learned in Carolina's College of Mass Communications and Information Studies. "I do all of my graphic design myself, and I remember being in the J-school doing infographics or laying out a paper," she says. "I also write my own press releases, and I know I wouldn't be able to do that effectively without what I learned while in the J-school."

Throughout it all, she remembers that what she is doing is not just about a clothing line. "It's about having confidence in myself and my abilities," she says.