Children looking for a home 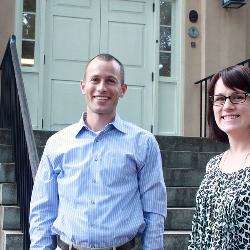 An estimated 100,000 children, mostly from Central American countries, will pour over the border between the U.S. and Mexico this year. They will be alone, frightened, hungry and exhausted from their journey that exposed them to dangers unimaginable to most American children. But for them and their families, the risk of making the trip alone or in small groups is less than remaining in their home countries.

"There are a number of push-pull factors," says Benjamin Roth, a University of South Carolina professor who researches the challenges faced by immigrants in the U.S. "The main pull factor is family members who can no longer go back and forth across the border. The key push factor is violence and political unrest in their home countries."

They are officially known as UACs – unaccompanied children – and they are running away from problems back home and running to an unknown fate here, where their parents have come in search of higher wages and better opportunities. At one time, many such immigrants would travel between their home countries and the U.S., lessening the burden of separation from their families. But tighter border security makes them less likely to leave for fear they cannot get back in or that they will get caught trying to get out.

"This sort of exposes these conflicting values," Roth says. "We value families, but our immigration policy is at odds with that. We're saying, 'Parents, we want your cheap labor, but you have to live without your children.' "

These children represent an extraordinary migration, but the obstacles they face to finding a safe and permanent home do not disappear when they cross the border. About 65 percent will be reunified with family members living in the U.S., some of whom may be undocumented themselves. However, without a path to legalization, the children will face daily life with the knowledge that they may be slated for deportation after their 18th birthday.

"About 40 percent of unaccompanied children are eligible for some form of legal relief, but only about 1 percent of them will receive it," says College of Social Work professor Breanne Grace.

Roth and Grace recently launched a study of family reunification programs for unaccompanied immigrant children. In a separate project this fall, Roth will be interviewing undocumented young adult immigrants who are being given an extension of time to stay in the U.S. under a program called Deferred Action for Childhood Arrivals. This two-year reprieve from deportation can be renewed and allows young adults to go to college and to obtain a work permit. Grace's research focuses on the resettlement of refugees, which the thousands of children streaming into the country could be considered.

While Grace and Roth work to see how governmental policies are affecting people's lives, one of their students, Callie Thomas, is working to change those policies.

Thomas is seeking dual graduate degrees in law and social work. She and her fellow students are working with local organizations to craft a law that will address issues faced by people who arrived as unaccompanied children, ended up in the state foster care system and are now aging out.

"We researched different governing policies for undocumented underage children in foster care in South Carolina and saw that there was a gap between the state and federal laws governing those kids," Thomas says.

Currently, that gap affects very few children – about a dozen. "One of the humps we had to give over is how do we argue that this is so important when it looks like it affects a very small population," she says.

One of the organizations the students were working with, the South Carolina Appleseed Legal Justice Center, asks judges to insert a protocol that requires them to ask the status of immigrant children in foster care to determine whether they are eligible for a federal program that lets them stay in the country until they are 21.

"That's working now for a very small population," Thomas says. "But with South Carolina's population of undocumented residents growing rapidly, how do we handle it in the future?"

To learn how you can help support research like that being conducted by College of Social Work professors Benjamin Roth and Breanna Grace, visit Carolina's Promise.