Finding yourself in a mobile world 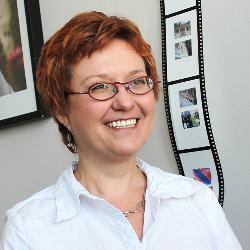 An essential part of Cooley's narrative in Finding Augusta comes from a consideration of Scott Nixon's 16-minute film The Augustas, which he prepared from numerous short home movie clips he shot in the 1930s, 40s, and 50s. In 2012 the Librarian of Congress selected the film for inclusion in the National Film Registry, one of just 25 selections that year. Other 2012 inductees included Breakfast at Tiffanies, The Matrix, and A Christmas Story.

As a media scholar, Heidi Rae Cooley is interested in the many ways that mobile technology helps us express ourselves and shapes our lives, from posts that we tag on Facebook to those posts being used to tag us.

Her recently published book, Finding Augusta, and accompanying app aim to help smartphone aficionados think more clearly about both sides of plugging into the mobile network. Doing so gives you a voice, but that voice can be recorded, located, indexed and cataloged for purposes altogether different from the original impulse of self-expression.

It might come as a surprise that an essential part of Cooley's narrative comes from a unique piece of cinema shot the better part of a century ago. A visit to Carolina's Moving Image Research Collections (MIRC) in 2008 was the occasion for what Cooley, an associate professor of media arts, calls a "very happy find."

Greg Wilsbacher, a curator at MIRC, had some deteriorating movie film spread out on a light box when Cooley visited the film archive, and she was intrigued by the images she viewed through a small magnifying loupe. They were part of a silent home movie titled The Augustas.

Scott Nixon, an insurance agent from a prominent family in Augusta, Ga., shot components of the film while traveling the country from the 1930s through the 1950s. One of the fascinations of his life was all manner of places and things sharing the name "Augusta," and he spent years finding and filming examples, from towns in other states to train depots to storefronts. He edited several dozen together and added narrating elements to create a 16-minute opus, The Augustas.

The film was soon restored and transferred to stable film stock, and its cultural importance recognized in 2012 when the Librarian of Congress selected it for inclusion in the National Film Registry. It also made a lasting impression on Cooley.

"I kept coming back to The Augustas and the fact that he labeled everything. It was about the labeling more than it was anything else," she says. "He had taken the time to edit this footage into a film that wasn't about a story, necessarily. It's bookended like a story, so you start with a note card that says, "Please refrain from spitting and foul language," and end with one saying, "And so our tour ends," so there's the framing of a story, but in between it's not a narrative. It's something else."

That something was, in part, the manifestation of a human impulse with a long history. Cooley's research interests focus on modern technologies like mobile digital devices and social media, but the same urge to document everyday life with images didn't begin with the digital age.

"Social networking is very new for us. We didn't really start picture-messaging until 2002, 2003, so it seems like a very new phenomenon to post something to Facebook and tag it, but scrapbooks and family albums have often been catalogs of photographs with dates and places and people named in them," Cooley says. "It's a practice of self-expression that has continuity and discontinuity across decades."

In the mobile internet age, that form of self-expression frequently has a new traveling companion; namely, the ability to be located. And it's not just a question of broadcasting what you're up to and where in a tweet or Instagram.

Cooley teaches a class about surveillance to her undergraduate students, and she begins by asking them to document every time they think they experience surveillance or monitoring for two weeks.

"They tend to overlook an awful lot," she says. "We have to work really hard to count how many hours their phone was on, did they turn it off at all or was it just on vibrate, did they use Netflix or Hulu or play any sort of video games with a larger community, did they text, who did they talk to and how did they talk to them, did they swipe their Carolina Card, whether to get in the dorms or to get food, or to get in and out of certain buildings. They don't think about all of that."

Her book, Finding Augusta, and the accompanying Augusta app that can be downloaded from the iTunes store are a means of helping the reader develop awareness about just how prevalent that monitoring can be and consider responding to the situation. Cooley calls the Augusta app, developed in collaboration with computer science professor Duncan Buell and former undergraduate computer science student Jeremy Greenberger, a kind of sandbox for understanding how personal digital habits contribute to a larger community and exploring how subtle changes in behavior can influence that interaction.

The Augusta app pins many of Scott Nixon's Augusta locations onto a U.S. map and allows the community of users to post new locations of places that they associate with "Augusta." It maps all of the locations in relation to each other and alerts the user every time he or she gets near one of them — a frequent occurrence in Columbia, S.C., which has a handful of Augusta locations. The experience underlines the ease with which an individual's movements can be monitored.

Monitoring at the hands of the various agencies that manage the larger population, whether public or commercial, is the source of a range of concerns for many people. Cooley uses yet another Augusta derivative to frame some of her response to those concerns, which often exceed the boundaries of the word and might better be termed fears.

"I was interested in the fact that the practices of trying to manage flows of objects and people and information goes back to the Roman Empire and Caesar Augustus. So the word Augusta, and its affiliations, has a longer history," she says. "If we start thinking about censuses, and counting and quantifying populations, and how to produce the right kinds of behavior so that people are moving in the right kinds of ways — so we're not running stop signs, maybe, or we're driving on the correct side of the road — that's a project that goes back to Roman camps, which they arranged in grid formation and had a particular structure so that currencies and supplies and people flowed in the right kinds of ways.

"I have an argument in the book that says that in fact we're willing participants in our own management. I whip my phone out all the time, documenting what food I eat and posting pictures to Facebook. It's expressing self, being out there in the world, and having a voice. But at the same time, that having a voice is very much also about making ourselves very visible and locate-able and track-able. And it's not to suggest it's Big Brother, or Orwellian, or anything like that. There's always been a need to govern, and to be governed, so I don't think we escape that. But I do think becoming aware of our how our interactions contribute to our own management might subtly change how people respond. That's what the app is all about."