Pathway to the CDC 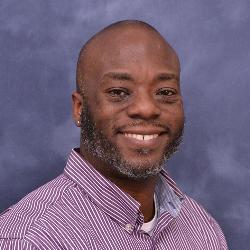 Yohance Omar Whiteside is part of the Centers for Disease Control and Prevention’s HIV incidence and case surveillance branch, tracking infections and identifying high-risk populations. His jurisdictions are New Mexico, South Dakota, and the city of Chicago.

Yohance Omar Whiteside earned a doctorate in epidemiology at the University of South Carolina two years ago, and the degree helped him land his dream job at the Centers for Disease Control and Prevention. But the path to Atlanta took several years to navigate.

A Wellford, S.C., native, Whiteside wasn’t sure what he wanted to do after graduating from Clemson with a degree in English in 1997, so he started working as an assistant manager at Walmart in Savannah, Ga. It wasn’t long before he found his way back to school, though; just a year later he headed to Converse College for graduate work in education.

“I woke up one morning and realized that it wasn’t what I wanted to do for the rest of my life,” he says. “So I was looking through the paper and saw an ad for a project coordinator at a community-based AIDS service organization in Charlotte. “

He applied for and got the job, working for several years with the Metrolina AIDS Project. He was part of a team that took an HIV prevention program and tailored its effectiveness for African–American men. The intervention was sorely needed, he says.

“North Carolina at the time had an HIV epidemic among college-age African-American men in the North Carolina university system,” Whiteside says. “The CDC came down and determined that there were a lot more cases than they had anticipated. During the project I was introduced to some epidemiologists from the CDC, and that’s where the seed was planted.”

While working with the Metrolina AIDS Project he undertook graduate work at UNC-Charlotte, earning a master’s degree in public health in 2008. With his ultimate goal being a position at the CDC, Whiteside then opted for doctoral work in epidemiology at Carolina's Arnold School of Public Health, and that decision helped pave the way to his ultimate goal.

“I had a great experience at USC,” he says. “Dr. Anwar Merchant was my dissertation chair as well as my professor, and he just did a great job in guiding me, but in addition he was very approachable and interested in what I was trying to do. It’s definitely prepared me for what I’m doing now.”

Finishing his doctoral work in 2012, he moved into the West End in Atlanta where he says he feels like he’s “in the thick of things.” Enjoying the cosmopolitan atmosphere of the city and the place he works, Whiteside has found the career home he spent many years searching for.

“I love it. It definitely is something that I’ve dreamed about, and it was great to be able to accomplish that goal that I set very early on,” he says. “CDC has a tremendous amount of diversity that makes working there enjoyable; in my particular team alone, we have members who are literally from all over the world.”

To support teaching and research at the Arnold School of Public Health, visit Carolina's Promise.