Half a million, half the time 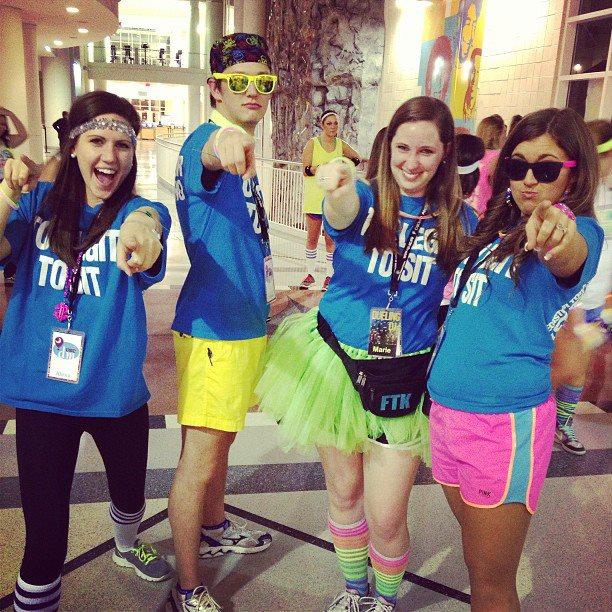 Leslie Knight doesn’t consider herself a dancer. The dancing isn’t why she first got involved with Dance Marathon. It’s all about the cause; it’s all for the kids.

Knight, this year’s executive director for the philanthropy student organization, became involved as a freshman through her sorority.

“I had no idea what I was getting myself into,” says Knight, a senior public relations major. “I absolutely loved it. A week later, I applied to be a director.”

She had also worked with Children’s Miracle Network Hospitals through Miss South Carolina when she represented her hometown as Miss York.

“It was already a cause that was close to my heart. I felt like a lot of different things that I was already doing really tied into that, but I’d never been to that kind of experience where I got to hear from the Miracle families. That was really huge for me,” she says.

Seeing so many students involved with a cause also impacted Knight and kept her coming back throughout college.

“I’d never been to an event where so many college students were together for the same philanthropic cause, which I really loved,” she says. “Obviously you see a lot of students at football games. That’s fun, but there’s a lot more meaning behind what we were doing.”

As an active member of the Phi Mu sorority, Homecoming Queen and a part of the a cappella group The Cocktails, Knight didn’t need to add more to her plate. But at last year’s Dance Marathon when the dancers revealed their fundraising total --  $318,649 – Knight knew she had to stay involved.

“I did not want to lead at all. I know and saw how much went into being executive director. I never thought I could do it justice and it means too much to me,” she says. “Last year, I just knew I had to do this. I wanted to do it my way and have that opportunity to lead this group that’s meant so much to me. It was the best decision I’ve ever made.”

This year, Carolina’s Dance Marathon team wanted to do something different. The team hopes to raise $500,000 “in half the time.” Instead of the traditional 24-hour marathon, this year’s group will be dancing for 14 hours beginning March 21.

It’s a big goal but Knight is hopeful. It is a goal the group has been working toward for a year, including a Day of Miracles push that raised $54,750.61.

“It’s been a really long time since Dance Marathon has publicized a goal,” she says. “I’m very optimistic. It is a 60 percent increase so it’s kind of crazy. But we’re excited.”

The last four years will be good practice for Knight who hopes to land a job with Children’s Miracle Network in public relations when she graduates this May.  It will also help her when she takes the stage as Miss University of South Carolina at the state’s top pageant in May, she says.

Anyone can donate online or by following the marathon on social media for other opportunities. Some parts of the marathon will be live-streamed online. UofSC's Dance Marathon benefits Palmetto Health Children’s Hospital.

Students who want to still get involved can come to the rave portion of the event or sign up for volunteer shifts. For more information about how to get involved, contact Dance Marathon.