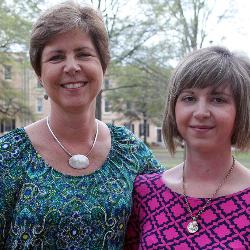 Outstanding Woman of the Year

Jacquline Plyler is named UofSC's Outstanding Woman of the Year. The senior plans to attend graduate school next year and wants to research disease and develop vaccines for farm animals.

Jacquline Plyler has always had an affinity for animals, her mother says, even though she was once kicked while trying to vaccinate a cow.

Now the biomedical engineering senior wants to make a career out of studying and creating vaccines for farm animals.

“I didn’t decide to pre-vet until between my freshman and sophomore year,” says Plyler, who was honored this week as the University of South Carolina’s Outstanding Woman of the Year. “I was home more that year, and being home after being away so long at college really kind of opened my eyes up to what I really wanted to do with my life.”

Plyler and her fellow nominees for the award already have long lists of accomplishments on their young resumes.

Lindsay Richardson of Lake Wylie, S.C., is a political science, marketing and management major who is also completing her term as Student Government president.

Erin Steiner of Elkin, N.C., is a major in Women’s and Gender Studies and political science who was recognized for creating and promoting the USC Bucket List.

Caroline Westberg of Nashua, N.H., “attended” this week’s ceremony via Skype as she is studying abroad in Belgium. The international studies major is a resident mentor and an Emerging Leaders mentor on campus.

Kimberlyn Roosa, a mathematics major from Elkton, Md., has served as a Changing Carolina peer leader and an Orientation leader.

After graduating in May, Plyler plans to begin graduate school next year as a dual-degree Ph.D. and Doctor of Veterinary Medicine student at the University of Georgia.

“I really knew that I wanted to make a difference using engineering to help with vaccines and biological countermeasures mainly in public health, working with the relationships between diseases in animals and people,” Plyler says.

In addition to her studies, Plyler has served as president of the Omicron Delta Kappa Leadership Honor Society and was the founder and president of the Gamecock Pre-Veterinary Association. She also was a member of the Society of Women Engineers, the Alpha Gamma Delta sorority and was in the color guard for the Mighty Sound of the Southeast Carolina Band.

“Everyone has wonderful achievements,” Plyer says of her fellow nominees. “I had no idea going in what was going to happen. I’m still in shock.”

Plyler drew a blank when asked why she thought she was chosen for the award.

“Maybe it’s your modesty,” her mother, Charlene, suggested. “Being humble is not a bad trait.”

“I think just wanting to carry on that Carolina passion for wanting to do more, no matter what, might have made the difference,” Jacquline Plyler says.