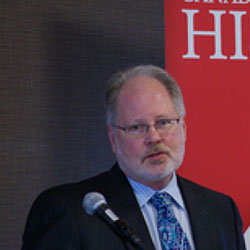 When we contemplate history, how do we remember the landscape of everyday life? Why do we preserve certain architectural spaces and not others, and how do those decisions reflect our values as a community? More critically, how do we confront difficult aspects of our history such as segregation or the related ideology of white supremacy from the perspective of historic preservation?

For the past 23 years, as director or co-director of the University of South Carolina’s public history program, Robert Weyeneth has raised those questions and others like them again and again, most notably as they relate to the study of the American Civil Rights movement.

His work, alone and with collaborators, has earned awards from the South Carolina African American Heritage Commission, Historic Columbia, the city of Camden (S.C.), the National Council on Public History and other organizations. Meanwhile, he has helmed a graduate program with a near hundred percent job placement record over the past decade.

Not bad for a California native who came to Carolina in 1992 from the University of Hawaii, where his research focused in something pretty far removed from the history of the Palmetto State: the landscape histories of Honolulu’s historic urban parks.

“I always say that a good public historian can cast down his bucket wherever he is, wherever she is, and find interesting projects,” says Weyeneth. “In South Carolina, there’s such a rich African-American heritage in buildings and landscapes and material culture. I saw opportunities for telling those stories, preserving everyday places, vernacular architecture.”

But the more difficult the history, the more complicated its preservation can become, says Weyeneth. At the same time, that difficult history can be some of the most instructive.

“A professor of history can stand at a podium and go on and lecture about the civil rights movement, and that’s hugely important,” Weyeneth says. “But what if you’re trying to remember something like civil rights in a small community where many of the people who supported and the people who opposed the African-American freedom struggle are still alive? What are the implications for remembering — or forgetting — the local story? What does that mean about the politics of memory?”

Or what if you’re trying to remember the problematic history of your own institution — in Weyeneth’s case, the legacy of slavery at South Carolina College prior to the Civil War?

In 2010-11, Weyeneth encouraged successive groups of undergraduates and graduates to undertake an extensive research project that explored that difficult history. The project considered, among other things, the role of slave labor in the construction of the historic campus wall now being meticulously restored. Weyeneth’s students also analyzed the daily life of slavery on campus and built a website to document their findings.

“There is a kitchen house and slave quarters standing still, which is remarkable in itself,” Weyeneth says. “It’s the outbuilding in the president’s garden. It’s a simple brick building with an important history, but it’s hiding in plain sight.”

But Weyeneth cautions that it’s not his role as a public historian to press a particular agenda. Rather, his role is to continue raising those central questions about politics of memory as they relate to place, community and our shared history.

"I'm not an expert on antebellum history," he says. "But I have written on the power of apology and the process of historical reconciliation, and I can say that genuine efforts to reflect on and engage a difficult past have to come from the community that's affected."