How UofSC spent the summer 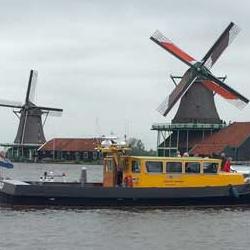 Gamecocks made an impact, learned and shared across the world during the summer. From Columbia to Europe, see how the Carolina community made the most of time on and off campus.

Every summer the University of South Carolina’s faculty, staff and students travel the world to conduct research, learn about cultures and take on new challenges that can have a big impact. Here’s just a quick look at what some Gamecocks have been up to this summer.

Brandon Picow, a senior global supply chain and operations management major, spent the summer interning at Boeing in Charleston, where he was responsible for operating and improving system processes for the aerospace company.

Picow says his major’s rigorous curriculum at the Darla Moore School of Business provided him with invaluable knowledge for his internship.

“Coordinating and developing programs and projects to implement new or revised manufacturing processes would not have been possible without my globalized education from Carolina,” he says.

“I wanted to experience fieldwork and the once in a lifetime opportunity to study critically endangered sea turtles,” she says.

While doing fieldwork she patrolled nesting beaches for turtles, tagged them and took genetic samples to characterize the population of Kemp's Ridley sea turtles.  She says finding and tagging the turtles on the beach was the most exciting experience she had in Mexico, especially when multiple turtles came ashore to nest at one time.

“This study abroad experience will definitely hone my skills in biological sciences and feed my passion of helping animals that often cannot help themselves,” she says.

More than 800 UofSC students from a variety of disciplines spent their Maymester and summer breaks overseas. More than 500 of these students were enrolled in one of 33 UofSC faculty or staff-led Global Classroom Programs. The remainder of students studied or interned abroad through affiliated Global Direct Programs and Global Partner Programs. [more]

Wrapping up a momentous year

It was a momentous year and big summer for the Supreme Court of the United States. It’s was also a big year for alumnus Andrew Bentz, who has spent that time in a coveted position at the highest court. [more]

Lily Gullion had a passion for helping children with disabilities when she came to Carolina, and it’s taken the exercise science junior all the way to the Netherlands this summer for an intensive research project. [more]

Studying on the beach

Two UofSC students took advantage of the university’s National Student Exchange Program, which allows students to attend colleges across the country, in a different way. These students took their studies to the beaches in Puerto Rico, taking classes while learning about the culture of the U.S. territory.

Joi Yarborough, a junior psychology major, and Sam Siegel, a junior economics and marketing major, were the first students to take advantage of the program during the summer. They both decided on a tropical beach location where they could take general education courses that will transfer back and give them the opportunity to work on their Spanish skills.

Find out more about their studies in paradise on their blogs here and here.

Carolina’s Promise, the university’s $1 billion campaign launched in 2008, has reached its goal on time and on target, securing private funds for many key university goals, including new scholarships, professorships, academic programs and facilities. [more]

Six Kenyan teenagers visited Columbia this summer to receive intensive dance instruction at the South Carolina Summer Dance Conservatory. The dancers, ages 12 to 16, are students of former UofSC Dance Company member Cooper Rust, the founder of Artists for Africa, a nonprofit that teaches ballet to children from Nairobi’s poorest communities. Selected through an audition process, the young dancers are studying with world-renowned instructors of ballet, jazz and contemporary dance.

Columbia’s dance community, the university’s College of Arts and Science and Department of Theatre as well as the SC Summer Dance Conservatory supported the student’s travel, lodging and training.

Temisha Simpkins was one of four Carolina students serving across Columbia this summer as a part of the AmeriCorps VISTAs program. She has spent her summer days helping children younger than 12 read at St. Lawrence Place, a nonprofit organization in the city. [more]

This summer, UofSC students are going on a research journey that teaches them about all things nano. The NanoLINK program is designed to immerse engineering students in the rapid development of nanotechnology and its prevalence in our daily lives. [more]

Four clarinet students attended the Czech International Clarinet Summer Workshop in Domazlice, Czech Republic, alongside School of Music professor Joseph Eller. Eller, who teaches clarinet, spent his third summer at the eight-day camp. Of the 30 students from around the world, six were Americans.

The week’s events include daily lessons with the teachers, rehearsals with ensembles and the pianist, concerts on the lake, at local venues such as churches, castles and a final solo concert at the town’s cultural arts center.

“It is a wonderful educational experience, musically, but also culturally where students from different regions of the world make great friendships with each other,” Eller says.

The family and biographer of Dashiell Hammett have combined their two collections of the noted crime-fiction author’s personal and professional papers at UofSC. The USC Libraries Hammett Collection includes personal letters written by Hammett to his wife and children as well as copies of his short fiction and novels, most notably “The Maltese Falcon.” [more]

A team of history students and recent grads from UofSC are helping Historic Columbia document buildings at the former state asylum. The work is in advance of redevelopment of the property known simply as Bull Street. The students are working now to "preserve" the details about buildings that are threatened with demolition. Follow their progress at the Digitizing Bull Street website.

Coy Gibson and James Armstrong, both 2014 Carolina graduates, were trekking across northern Spain on the 500-mile Camino de Santiago or Way of St. James, a pilgrimage that originated in the Middle Ages and remains popular today. [more]

A pair of South Carolina student-athletes were back in the classroom this summer, but in a much different setting than they have grown accustomed. Maddie Frome, a rising junior on the sand volleyball team, and Erika Rucker, a fifth-year senior on the track and field team who recently earned her nursing degree, headed to Vietnam to teach underprivileged children as part of the Coach for College program. [more]

UofSC's writers are always looking for inspiring stories to tell about the Carolina community. Share your story through the online form.