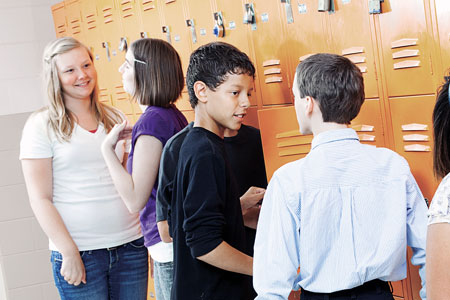 Maintaining classroom discipline is important, but so is maintaining student civil rights.

According to Carolina law professor Derek Black, public education’s current hardline approach to the one is a threat to the other — and then some. In fact, as Black argues in his new book “The End of Zero Tolerance in Schools,” the rush to suspend or expel students without considering offenses on a case-by-case basis derives from, and feeds into, “an irrational discipline system” affecting everything from student success to eventual incarceration.

Combining legal analysis with narratives of zero tolerance run amok — think students being expelled for bringing nail clippers to school, or even just drawing pictures of weapons — “The End of Zero Tolerance in Schools” is intended to add to the scholarly conversation as well as provide a resource for lay audiences, particularly parents, teachers and administrators.

Right now, Black says, school districts and school administrators operate more or less free from oversight by the courts. And while the courts don’t dictate school policy, a wholesale abdication of legal authority on issues of classroom discipline leads, at best, to disciplinary inconsistency and, at worst, to abuse of power.

“Courts will be very clear — it’s first and foremost the job of educators to come up with these policies. It’s not the court’s job to figure out if students should or shouldn’t be disciplined, there’s always going to be deference there,” says Black. “The problem is that in recognizing that educators have a better sense of these things, the courts have simply not bothered to look at what’s happening. Once no one’s looking over your shoulder, you’re free to do all sorts of stuff.”

For Black, whose prior research has focused largely on issues relating to desegregation, school funding and equality of education opportunity, the new book represents for him a foray into a new area of scholarship. What ties it all together, though, is a larger interest in issues of civil rights.

He also wants to give something to the students themselves, whose educational opportunities are affected by the culture of zero tolerance. Indeed, part of Black’s thesis hinges on the idea, supported by research, that removing students from the classroom for what are often minor infractions not only impedes that student’s education but also adversely affects the educational opportunities of other students in that class or that school.

“The social science has come a long way since the last time these issues were addressed by the Supreme Court,” he says. “We shouldn’t be so cynical about the courts placing some limits on what the school can do. It’s worth revisiting.”