The mechanisms of memory

Protein enzyme linked to creation and retention of social memories 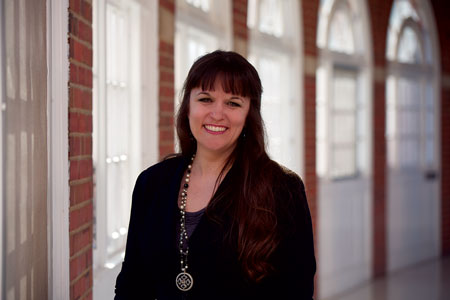 “Memories of our interactions with family and friends are some of the most precious and defining memories of our lives. I want to figure out a way to prevent losing those memories as we age." — Michy Kelly, School of Medicine

Michy Kelly’s fascination with how brains work began in high school when she noticed that she and her brother were polar opposites when it came to cognitive abilities.

“Our memories are the framework for our existence,” says Kelly, who works in pharmacology, physiology and neuroscience, with a joint appointment in neuropsychiatry and behavioral science. “Memory storage by the brain is turning experiences that can’t be touched into synaptic modifications that can be touched.”

Finding the physical difference in brains that have an inability to consistently create new memories — or find old ones — is a key focus of her work, which earned her recognition as one of the University of South Carolina’s 2016 Breakthrough Stars.

Kelly came to Carolina in 2012 after five years as a researcher for pharmaceutical companies. Her work now keys off her discovery of PDE11A — a protein enzyme no one thought was even located in the brain — and its importance to social memory.

Social memories are formed while engaging with another person, or, in Kelly’s research models, when two or more mice interact with one another. Kelly is trying to isolate PDE11A’s impact on the formation and retention of social memories and figure out how to modify this enzyme to prevent losing those memories with age.

“Memories of our interactions with family and friends are some of the most precious and defining memories of our lives,” Kelly says. “I want to figure out a way to prevent losing those memories as we age. As researchers, we pay a lot of attention to molecular mechanisms that might differ between short-term memory and long-term memory because they have different molecular underpinnings. We think PDE11A plays an important role in determining how social memories are stored in the brain long term.”

Short-term memory involves modifying proteins that exist at the synapse in the brain, whereas long-term memory requires that you transcribe new genes and make totally new sets of proteins. Those newly made proteins are trafficked back to the activated synapses to physically remodel those synapses to make an enduring memory trace that can last as long as your lifetime.

Kelly’s work is still in the very early proving stage — it could be 20 or more years before the prescribing stage, she cautions — but the search for a pharmacological solution to the physiological dysfunction of memory loss is off to a promising start.

“We think PDE11A may be regulating the process by which short-term memory is converted to long-term memory,” Kelly says. “We are very excited by recent studies in the lab showing that when we delete PDE11A, we completely prevent the loss of social memories in old mice.”