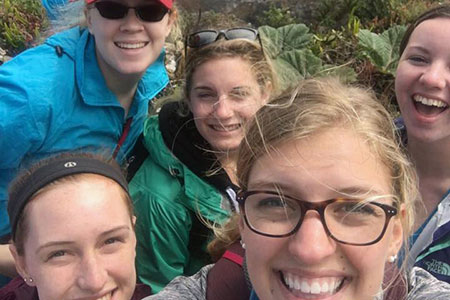 Carolina Core classes traditionally stay within four walls at University of South Carolina. However a Maymester study abroad trip to Costa Rica not only taught the students about environmental science 101, but also expanded their knowledge beyond the textbook and into a personal understanding of the culture around them.

Joe Jones, the faculty principal at Green Quad, created the first scientific literacy Carolina Core study abroad offered at the university. Because of this, students in nonscience majors, like business, public relations and English, took the opportunity to get a Carolina Core component completed in a new atmosphere.

Business major Rachel Mummau and public relations major Katy Nystrom were among 17 students who went on the study abroad trip to Costa Rica.

“Everything we did focused on environmental science and with a specific concentration on conservation. So basically everything we talked about revolved around the Earth, the forest, the beaches. Everything related to conservation and keeping our planet healthy,” says Mummau. 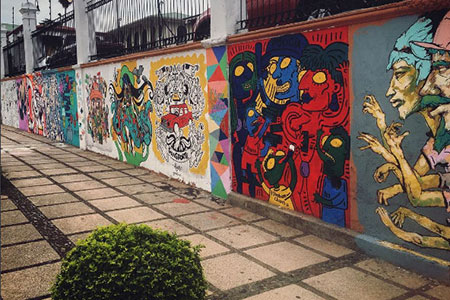 While touring San José, the students saw "stunning, artistic graffiti" all over the streets of Costa Rica's capital.

Students kept journals to document daily adventures and what they learned. Every night, students and faculty would have class time, either in a classroom or wherever they had space, to discuss the day and how it related to environmental science. Each student was designated a learning objective from the textbook to relate back to what they did during the day. But the trip taught them more than just science, it immersed the students in the culture of Costa Rica.

Mummau and Nystrom stayed with a woman and her children in San José.

“She was great. She cooked all our meals and spoke completely in Spanish. So I was glad I had some Spanish knowledge. I spoke to her completely in Spanish, which is actually really cool just being able to practice it because I’ve never been able to do that before this opportunity,” says Mummau. “It’s a more accurate look of how the country lives rather than being in a hotel, actually living in a house and seeing what their daily home life is like.”

During their stay in San José, the study abroad group went to museums and toured the city to better understand the culture and how it differed from the U.S.

“Our guide talked about the political atmosphere of Costa Rica. We walked by their congress building and it was a really simple-looking, colorful building. It was blue, and there was a wall surrounding it that was covered in stunning, artistic graffiti,” says Nystrom. “If graffiti got anywhere near our Congress building, that would not be okay in America.” 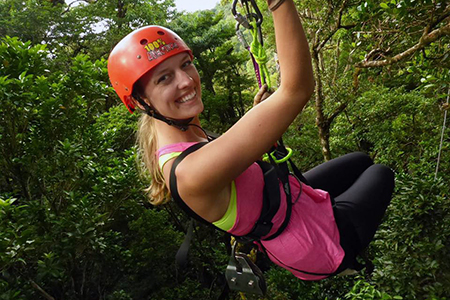 The trip was Mummau’s first time out of the country. “It was a whole new process for me. I had to get my passport and all that. So I would say it was a great first experience, I would definitely be willing to do it again,” says Mummau.

Jones has never done a study abroad trip either, but he says he saw the benefits of studying abroad, especially for environmental science.

“I think many nonscience students are scared of large science classes at USC. One of the main goals for me with this class, which we were able to accomplish, is to have a lot of students that were nonscience,” says Jones. “Sustainability and protecting the environment goes beyond majors and includes everyone.”