Anyone who majors in music has probably heard the old Carnegie Hall joke a hundred times.

If you were to rewrite that joke today, the punch line wouldn’t have the same ring of truth — because these days, music majors need to do more than practice. With traditional orchestral jobs increasingly hard to come by and school teaching positions limited, musicians graduate into a world where they often need to cobble together their careers piece by piece. And that means they need more than just musical training.

What exactly that training should be — and how it should fit into the mission of a 21st-century music school — will be the focus of a major summit at the School of Music this week. The event, which runs June 3-5 and is sponsored by the College Music Society, will bring 230 attendees from 48 states and several countries to campus to talk about the future of music education. 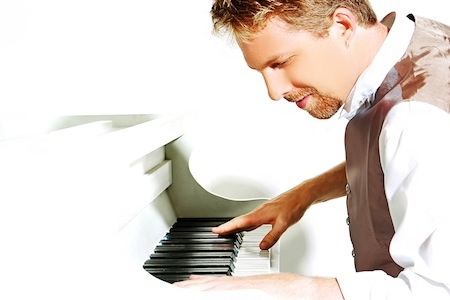 “I have been concerned for years that music units are not doing enough to prepare students for the real music world — that we are too focused on conservatory training and traditional music education teacher training,” says Tayloe Harding, dean of the School of Music. “We have to equip these musicians to think about getting jobs in their generation — not for getting the jobs we had in our generation.”

As dean of the music school, Harding has done something about it. In 2007, he founded a music leadership institute designed to train music leaders for the 21st century. Called SPARK: Carolina’s Music Leadership Laboratory, the institute provides students with training that goes beyond music theory, history and performance. One SPARK program, for example, brought music alumni to campus to explain to students what their careers actually look like. Another SPARK discussion was on the theme of “Improvising for Non-Improvisers” — an important subject for musicians who have spent their lives reading notes from the page but have never made up their own music off the cuff.

SPARK is more than just a program within the music school, though. For Harding, it’s a means of infusing the entire school with the spirit of innovation — and it embodies the modern thinking he aims for with new hires, too. Four years ago, one of those new hires was David Cutler — the first full-time music entrepreneurship professor in the country. A musician, composer, author and professor who draws income from more than 20 different streams, including performing, speaking and book sales, Cutler is a good role model for today’s job-hopping musician.

“We have to equip these musicians to think about getting jobs in their generation — not for getting the jobs we had in our generation.”

Tayloe Harding, dean of the School of Music

This week, Cutler is serving as the summit director for “CMS Summit: 21st Century Music School Design.” The event will feature 90 presenters from a wide range of disciplines, many of whom have led major changes at their own institutions. The keynote speaker is Aaron Dworkin, an accomplished violinist, music educator and dean of the School of Music, Theatre & Dance at the University of Michigan. Over the course of three days, educators will tackle one major question each day: (1) Why are we here? (2) What should we teach? (3) How do we make this change happen?

“In the past, the whole focus was to cultivate amazing musicians with great musical skills, so a whole training system was built around that,” Cutler says. “A huge development in the 21st century is the realization that developing musicians is not enough: It is imperative for musicians to also learn about things like entrepreneurship, personal finance, marketing, creativity and innovation, community engagement, advocacy, collaboration, communication — those kind of 21st century skills.”

The need for change is widely accepted, Cutler says — but the knowledge and willpower is often lacking. Still, it’s a long way from the prevailing attitude when Cutler was in school — that you’re a sellout if you mention the word “marketing” and aren’t ready to starve for your art.

“I think the battle has largely been fought and most of us in music education really want our students to be not only good musicians, but also successful,” Cutler says. “The question is how do we do this.” That’s what “21st Century Music School Design” is all about — getting music leaders together to talk about how they can move forward.

In this new world of music education, the University of South Carolina has already proven itself a leader — not only with SPARK, but also with the annual SAVVY Musician in Action conference and the SAVVY Chamber Competition, the former focusing on building entrepreneurial skills, the latter on encouraging innovative performance practices. This year’s SAVVY events take place June 7-12. In addition, the School of Music is on the verge of rolling out new degree programs, possibly for the 2017-18 school year, that will incorporate training in entrepreneurship. Hosting and organizing the College Music Society’s summit only solidifies the university’s role as a leader.

“The CMS Summit represents the kind of experiential and collaborative engagement that our profession so badly needs,” Harding says. “In the history of the music in higher education industry, there has never been an event like this.”