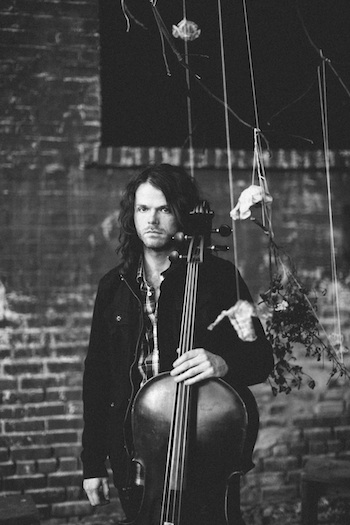 When Bryan Gibson first auditioned for University of South Carolina cello professor Robert Jesselson in 1999, it didn’t go well. Gibson, from Orangeburg, S.C., was a senior in high school and had been playing the cello for just three years; nonetheless, his high school orchestra conductor, Audrey Harris, had seen promise in the young man and recommended that he consider majoring in music. But when the time came for Gibson to make the jump to a big-time college music program, Jesselson made it clear that Gibson wasn’t ready.

“He said, ‘You have obviously never had a lesson,’ ” Gibson recalls. “It was kind of a discouraging talk; he said most people who came to the School of Music had already been studying privately for eight years.”

Seventeen years later, Gibson is touring the world as the cellist and multi-instrumentalist for rock singer Chris Cornell (of the bands Soundgarden and Audioslave) — and Jesselson has fond memories of the student he once saw as unprepared for a career in music.

Jesselson’s initial assessment was hard for Gibson to hear, but it was also true: Gibson had never taken a private lesson on the cello. Basic concepts, like how to hold his bow or position it relative to the strings, were completely foreign to him. But Gibson had a burgeoning passion for the instrument and an innate sense of stubbornness, and he was determined to pursue the cello anyway. So he got a list of private teachers from Jesselson and proceeded to drive from Orangeburg to Columbia every week for two months to study with a graduate student, Richard Thomas (now a cello professor at Presbyterian College). After Gibson’s crash course, he auditioned again. This time, he was offered a scholarship.

“I just took it seriously — the core technique, basic concepts of tone production like keeping the bow at a 90-degree angle to the string; basics that I had not learned in high school,” Gibson says of his two months of intensive study.

You’d give him a task in his lesson, and the next week he would come back having mastered it.

Jesselson had seen students like Gibson before, with lots of drive but little training. In fact, he could relate on a personal level: Jesselson didn’t start playing the cello until he was 21, and he’d had a similar experience with an audition himself. “I had a teacher who did exactly that — who said, ‘There is no way I can accept you,’ ” Jesselson recalls. “But I came back six months later, and he was impressed.” That’s why even when a student bombs an initial audition, Jesselson offers a chance to try again.

Gibson is grateful for the training he received at the School of Music and credits it with helping him become the musician he is today. “I got this incredible core classical approach at USC,” he says. “I learned ear training, theory and listening skills that I really did not have otherwise.”

Jesselson remembers Gibson as an excellent student: “You’d give him a task in his lesson, and the next week he would come back having mastered it,” he says. “Not every kid is like that.” Ultimately, Jesselson says, the School of Music offers a strong foundation, but “it’s going to be a person’s talent, hard work and their own particular interests that will take them to their career goals.” He says he has tremendous admiration for how Gibson has found his own musical path. 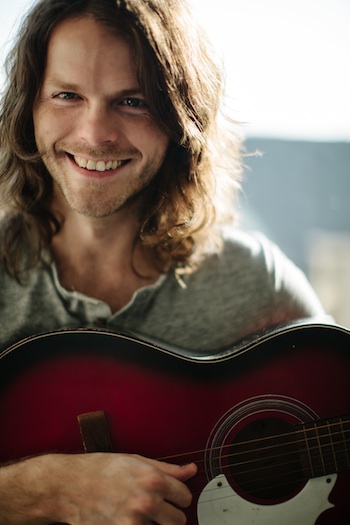 Bryan Gibson studied cello at the School of Music, but as a working musician he plays multiple instruments.

Gibson started putting his talents to use even before he left college. He got his start in Columbia with the band I Nine, which relocated to Atlanta in 2004 and was signed to J Records by legendary record executive Clive Davis. Since the band broke up in 2008, he has stayed active as a freelance performer, composer and arranger. Among his projects have been writing string arrangements for various artists; writing and playing in the band The Waking Hour (which is releasing an album next month) with his wife, Atlanta-based songwriter Angela Wolff; and performing with the group Black Jacket Symphony, which recreates classic rock albums note for note.

Along the way, he has honed his training and learned to be versatile. It’s a trait that has paid off on his current tour with the singer Chris Cornell, which started last fall and has included stops in the United States, Canada, Australia, New Zealand, Israel and Europe. Currently, Gibson is on the second leg of the U.S. tour, which included a show in Charleston in June.

Cornell’s shows often stretch to two or more hours, pulling material from throughout his 25-year career, including audience requests, as well as throwing in covers from such artists as Prince, Michael Jackson and Bob Dylan. Gibson moves nimbly from song to song and from instrument to instrument, playing cello, keyboard, mandolin and guitar. The training Gibson received at the School of Music gives him “a big advantage for situations like this,” he says. “The more angles that you can understand a subject from, the easier it is to work in diverse situations.”

Altogether, Gibson’s experience points to a basic reality for music performance majors: The landscape of opportunities is diffuse.

“A lot of people who go into music are creative-minded, but it’s a little more rare that they are a good businessperson,” Gibson says. To make it work, he says, he has had to be “creative about what opportunities I could pursue and how I could fit into situations where there was a budget. That sort of mindset is a more entrepreneurial mindset. There has to be a market for what you are providing.”

Visit the Spark Laboratory website to learn about musical entrepreneurship at the School of Music.