Brent Morris: Irons in the Fire 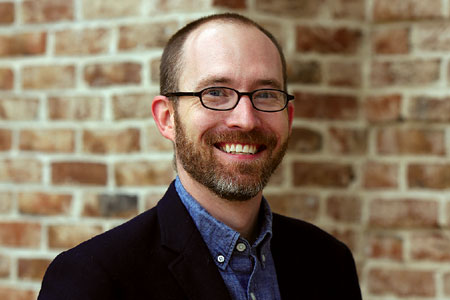 “I pick research projects that can contribute something to the conversations we’re having now." — USC Beaufort history professor Brent Morris and 2016 Breakthrough Star

Slavery, the Civil War, abolition, Reconstruction — University of South Carolina Beaufort history professor J. Brent Morris spends a lot of time contemplating the 19th century. That doesn’t mean, however, that the 2016 Breakthrough Star recipient is living in the past.

“I pick research projects that can contribute something to the conversations we’re having now,” says Morris. “The questions that folks dealt with in the mid-1800s, especially in the Reconstruction era – questions of citizenship, questions of voting rights, questions of social and economic empowerment, the power and reach of the federal government — these are questions that America is always facing, and today especially.”

Morris is also interested in finding history’s untold stories. His 2014 book “Oberlin, Hotbed of Abolitionism,” for example, looked at the critical role played by a single college community during the antebellum anti-slavery movement, and he’s now knee-deep into a history of the fugitive slaves, known as maroons, who lived in the Great Dismal Swamp of North Carolina and Virginia.

“South Carolina had a majority black population for most of its history, into the 20th century,” he says. “It was the richest colony because of the labor of slaves. It was the first state to secede before the Civil War because of how much the state depended on that labor. There needed to be a book that tells that story, that concentrates on African-Americans in the state and how their experience fits into the larger national narrative.”

By any standard, Morris is prolific — “I like to have more than one iron in the fire,” he says — but all of his research fits the same larger theme.

“My research always seems to come back to the African-American struggle for freedom and equality,” he says. “It’s a struggle that started in the 1600s, and it honestly has not been achieved to this day. It’s not a story of uninterrupted success, but if you step back and look at it with some perspective, it really is inspiring.”

And inspiration is a two-way street. Just as Morris fell in love with American history while an undergraduate at Carolina thanks to professors like Walter Edgar and Mark Smith — two esteemed Americanists known not just for their scholarship but for their ability to appeal to a wide readership — he tries to inspire his own students by involving them in his own research.

That’s imperative at a teaching-centered institution like USC Beaufort, he says, because it has allowed him to carry a heavy course load while also pursuing an ambitious research agenda.

“I don’t really draw a line that separates teaching and research,” he says. “Everything I do that turns into a research project in some way had its origins in the classroom. If a student asks me a question and it sticks with me, I will look it up. It’s useful to me, not just as a scholar but as a teacher, to involve my students in my research as much as possible.”