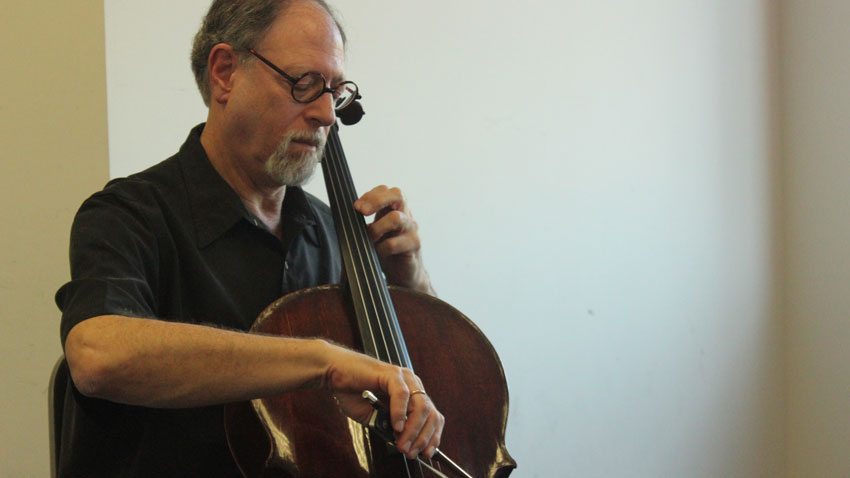 Over the past 40 years, one constant in Robert Jesselson’s life has been his cello. The instrument has accompanied him on travels throughout the world—including a trip to China.

The cello, built in 1716 by famed French luthier Jacques Boquay, is so priceless that Jesselson, a Carolina Distinguished Professor, buys it its own seat when he flies. “Ima Cello” is usually the name on the ticket.

Because this is the 300th year of its “birth,” Jesselson decided to throw a party. He will host a talk and free recital at 3 p.m. Sunday, Nov. 20 in the School of Music Recital Hall.

Joining Jesselson will be faculty members pianist Charles Fugo and bassoonist Michael Harley. The program will feature works composed in 1716, 1816, 1916 and 2016 by composers Beethoven, Debussy, Jacob Klein and USC composition professor Mandy Fang. The 1716 Klein composition was one of the first sets of accompanied sonatas for cello.

“The cello has a wide-range, very low to very high, much wider range than most instruments,” says Jesselson. “It’s like the human voice.”

And giving voice to Fang’s 2016 composition, “Lullaby” will be mezzo-soprano Rachel Callaway. Fang said she wrote the piece after Jesselson told her about a lullaby his mother would sing to him.

“The sweetness and moving tone certainly influenced my writing,” says Fang. “I consider it a remarkable resource for the creation on this work.”

Traveling from a cold climate to a hot, humid one caused a crack to appear, which widened to the point the instrument’s sound started to suffer. Luckily, he found a luthier who was able to repair it in a week. Jesselson says the work would have taken much longer had it been done in the U.S.

Jesselson will talk about that part of the cello’s history, travels and recent renovations of the instrument by Columbia luthier Damir Horvat. That work wasn’t as extensive, and, in fact, for being 300, it looks pretty good.