Gamecocks with a mission

Jared Evans is on a mission. Like other military veterans, Evans who served in the Marines, deeply values a sense of community and always looks for opportunities to take action and make a difference.

His new assignment is launching a Veterans Alumni Council at the University of South Carolina that will connect Gamecock alumni veterans with one other and students who are veterans and to help other My Carolina alumni learn how to build community across the globe. 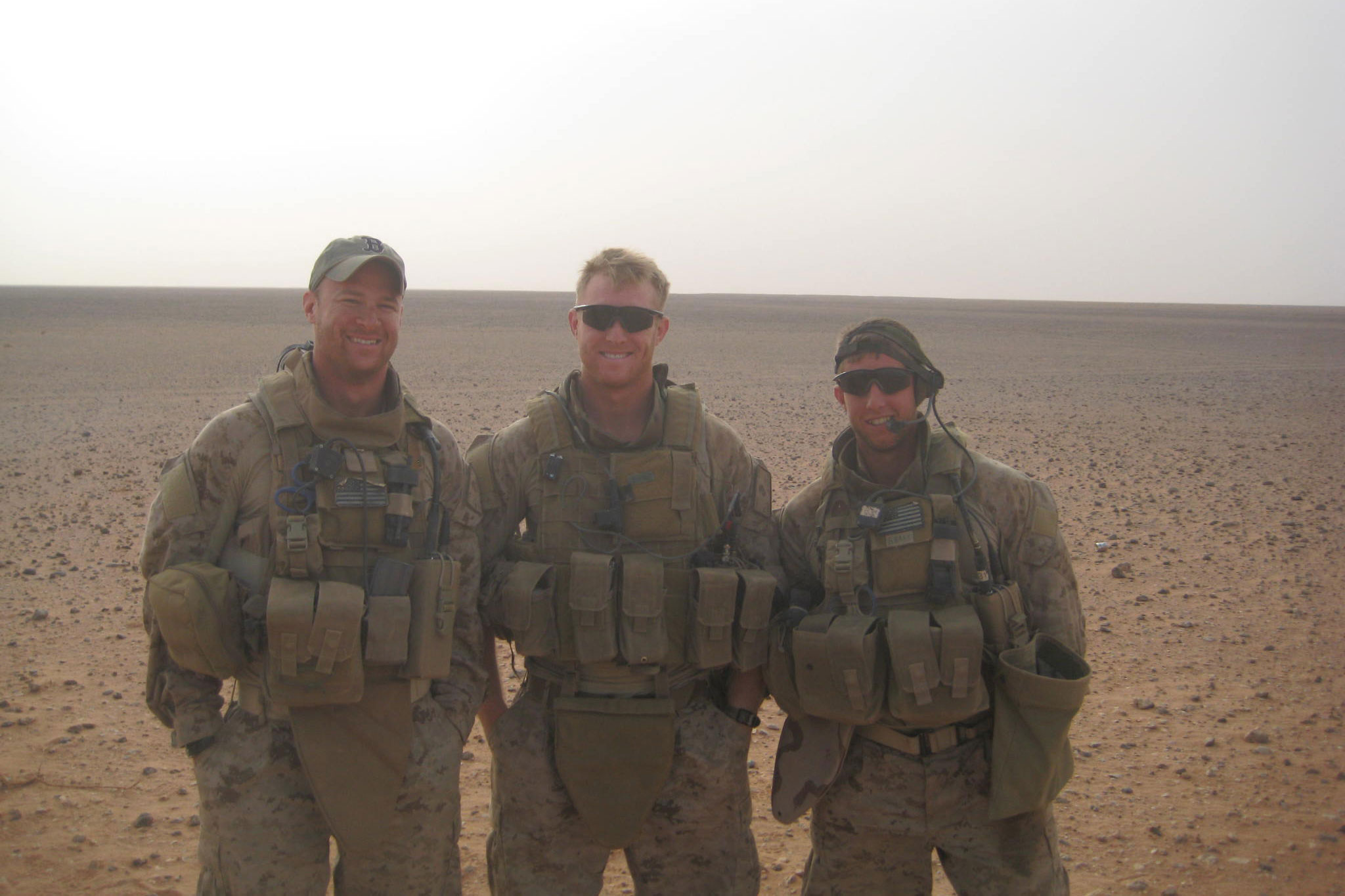 Gamecock alumnus and Marine veteran Jared Evans (center) is among the founding board members of My Carolina's Veterans Alumni Council, the alumni association's newest affinity group.

“Gamecocks veterans are a very strong and loyal group. And I know that by bringing these two strong and passionate groups together, we are going to accomplish a lot and make significant impacts on the Gamecock military family,” says Evans, who served in the Marines 2005-09, including a year in Iraq.

They already have. Since forming four months ago, the veterans board, which includes Evans, 30, and four other Gamecock veterans, has forged partnerships in the community with the National Guard, Fort Jackson, the Columbia Chamber and Veterans Affairs. They are looking at ways to highlight nonprofits that directly affect veterans and the military community, to explore educational grant funding opportunities for veterans and to set up a mentorship program matching students in ROTC or who are veterans with Gamecock alumni veterans.

“We want to be a conduit — a bridge. There are many resources for veterans, but when they get out of the military, it's not uncommon for them to feel exhausted and want to take a step back. It’s easier for a veteran to talk to another veteran who has been through the same experiences and get advice and counsel from them,” says Evans, who earned his bachelor’s degree in sport and entertainment management in 2012 and is finishing his MBA degree. “Our mission, our vision is to be in the community, be engaged and impact individual lives.”

The Veterans Alumni Council will officially launch Nov. 18 with a celebration at 6 p.m. at the Alumni Center for Gamecock veterans and their families and all university alumni and supporters. The event, which will feature heavy hors d’oeuvres and a beer and wine bar, is free, but preregistration online is required.

My Carolina executive director Jack Claypoole, whose father served in the military for 32 years and in three wars, knows the sense of community that military families are able to build by harnessing energy and enthusiasm. He’s confident that all Carolina alumni will benefit from the Veterans Alumni Council's ability to do the same.

“The best part about it is that they are modeling for us effective alumni,” Claypoole says. “People have a role in what they create. You can’t find a better example of ownership than this amazing group of veterans with the Veterans Alumni Council. My Carolina would love to see them help our alumni at a distance form community and be involved with the institution.”

The Veterans Alumni Council reflects the university’s commitment in support of veterans and the military.

Today, the university’s Student Veterans Association will open a lounge in the Student Success Center for student veterans to meet and study, and University Libraries’ Moving Image Research Collection has launched a crowd funding appeal to raise $25,000 in one month to digitize the Parris Island, S.C., films that are part of larger effort to save, catalog and share nearly 100 years of Marine Corps’ film history. 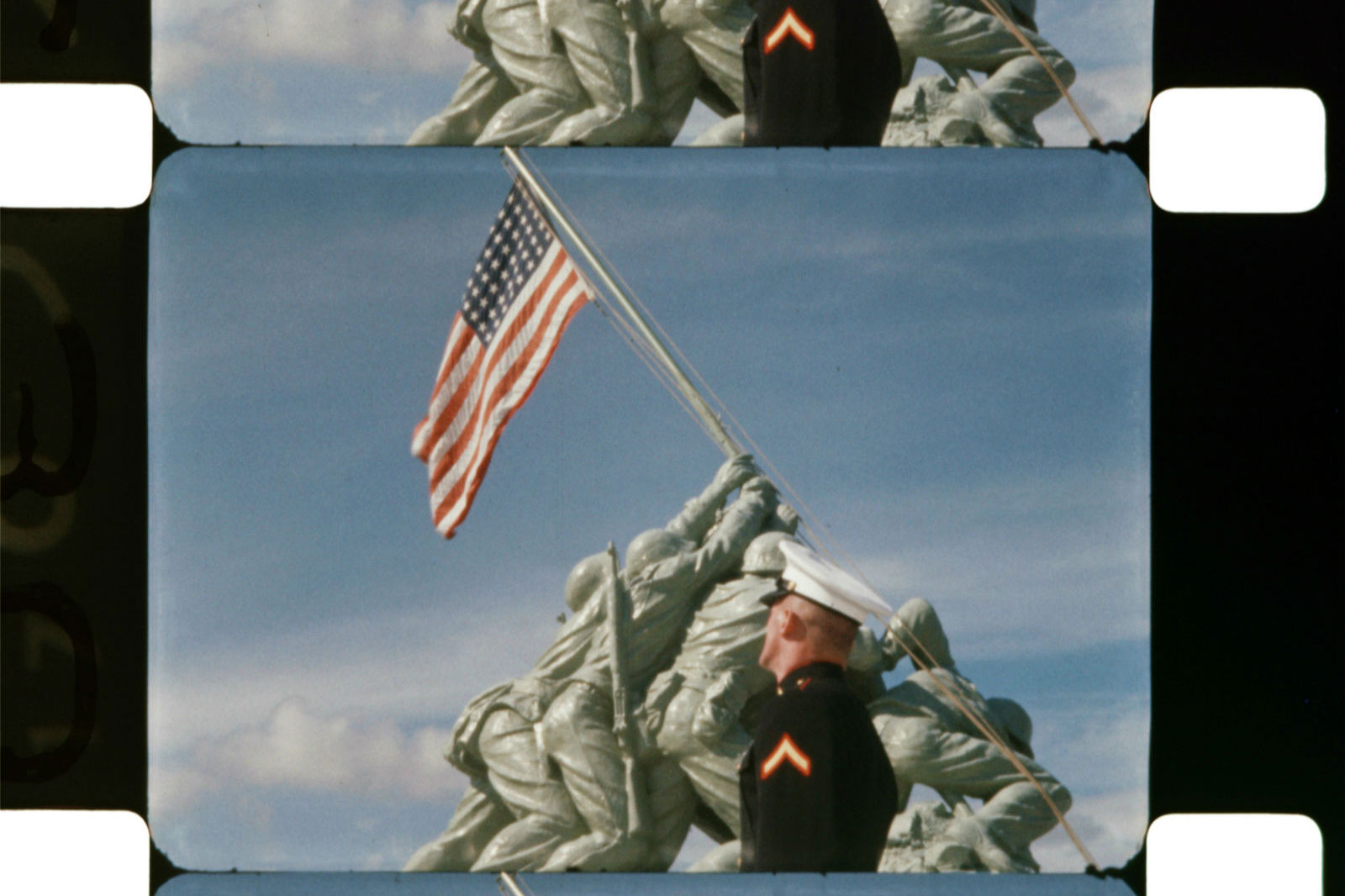 The Moving Image Research Collection has launched a crowdfunding appeal to raise $25,000 in one month to help digitize a portion of the Marine Corps film repository.

The archive from Quantico, Va., includes more than 10,000 reels (1,800 hours) of film, recorded by Marine Corps photographers and includes film from World War II, the Korean War and the Vietnam War, as well as films documenting training, testing and public relations activities. CNN’s Bernard Shaw — who served in the Marines — came to campus to record a voice-over for a video for the crowdfunding push.

So far, University Libraries has raised $400,000 for a specially built, climate controlled vault to house the films, which is being installed this month. In January, the entire film archive will arrive in Columbia, where it must be transferred into a digital format so it can be accessible online by anyone. It will cost $2 million to digitize the films and make them available.

On Dec. 9, the School of Law will host top scholars and experts on veteran services for a symposium. These endeavors combined with services for veterans have led to the university being chosen a top school in the 2017 Military Advanced Education & Transition Guide to Colleges & Universities, and earning a No. 4 ranking as a Military Friendly College by BestColleges.com and continued recognition as a Military Friendly School by Victory Media.

A commitment to veterans and the military is evident throughout the university’s system campuses. Last week, the Military Times announced its Best for Vets: Colleges 2017 rankings, which included the University of South Carolina Aiken — for the third year.  USC Aiken is the only South Carolina school to make the list.