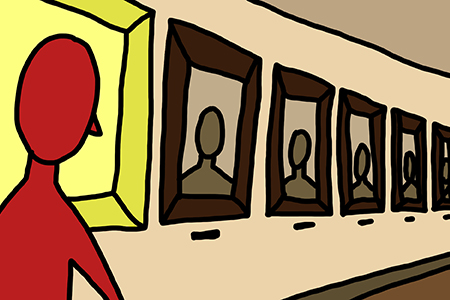 "What we’re beginning to see now is both boards and CEOs are increasingly recognizing that the emphasis on diversity has to be higher in the organization.” — Patrick Wright, the Thomas C. Vandiver Bicentennial Chair in Business

The process of picking a CEO might never be transparent, but researchers at the Center for Executive Succession are aiming to make it less mysterious — and more effective.

The center, in its third year at the university’s Darla Moore School of Business, helps its 25 company partners, most of them Fortune 500 businesses, to pinpoint and eliminate common mistakes in the CEO succession process. Confidential surveys, interviews and interactions with chief human resource officers, board members and chief executives is emphasized, says center director Patrick Wright, the Thomas C. Vandiver Bicentennial Chair in Business. Candor usually follows.

“We’re trying to bring in multiple perspectives and people around similar sets of questions,” Wright says. “They’re willing to share information with us through our research that, normally, I think they might be a little hesitant to do.”

One issue that often crops up is the lack of diversity in executive leadership. A center study completed in October found that participating companies expect their CEO candidate pools to be 12 percent female and 9 percent other minorities in the next three years, with those percentages inching upward to 14 and 10, respectively, in the next three to five years.

One way companies are trying to do that is by reimagining development paths to executive leadership that have traditionally included uprooting families to chase promotions — a sacrifice women have been historically less likely to make.

“A lot of companies are beginning to ask, ‘Why does that have to be the model? A lot of these jobs can be done virtually. You don’t have to move to take on this role,’” Wright says.

The study, which consisted of interviews with 23 board members from 123 companies conducted from January 2015 through this past August, found that the CEO search process suffers from the same biases that affect most decision-making. These biases can result in choosing the wrong CEO successor.

“If, as a board member, I’ve decided in my mind that you’re the right person, any information that doesn’t confirm that, I’ll discount,” Wright says.

With the information gleaned from the center, companies can customize a CEO succession plan that increases and diversifies their candidate pools.

“We tend to get a lot of insight into what’s going on in the boardroom or within the company,” Wright says. “What we’re beginning to see now is both boards and CEOs are increasingly recognizing that the emphasis on diversity has to be higher in the organization.”