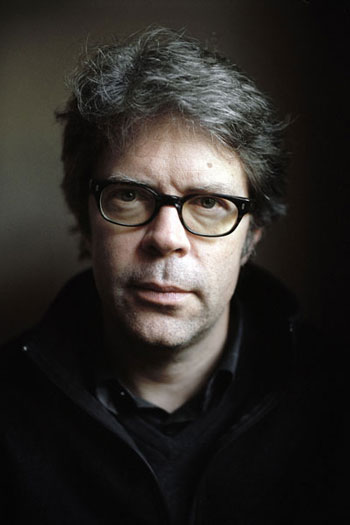 Jonathan Franzen will discuss his 2001 National Book Award winner “The Corrections” at 6 p.m., April 19, at the W.W. “Hootie” Johnson Hall in the Darla Moore School of Business.

Gain insight on what makes a book a bestseller and hear from author Jonathan Franzen in the headliner of this season’s Open Book series.

Franzen, a critically acclaimed and sometimes controversial author, will discuss his 2001 National Book Award winner “The Corrections” at 6 p.m., April 19, at the W.W. “Hootie” Johnson Hall in the Darla Moore School of Business.

The popular Open Book series, sponsored by the College of Arts and Sciences, features University of South Carolina professors discussing writers’ work on Mondays followed by talks with the authors held each Wednesday. All sessions are free and open to the public.

During her April 17 talk, English professor Cynthia Davis will focus on Franzen and the blend of elements that made his “The Corrections” both an international bestseller and a hit with critics.

“There used to be a divide in popular literature and literature with a capital 'L,' ” Davis says. “That gap has been closing over the years. This book is both a National Book Award winner and highly popular.”

“The Corrections” is a tale of a troubled Midwestern family that spans the late 20th century and has been recognized for reflecting the apprehension of post-9/11 America, even though it was published before the terror attacks.

Elise Blackwell, English professor and host of the Open Book series, says she expects Franzen to attract a diverse group of readers April 19.

“ ‘The Corrections’ is a beloved novel by many,” Blackwell says. “Many book clubs read it, and others might come because they are curious.”

Franzen gained notoriety in 2001 after publically criticizing Oprah Winfrey’s book club when he expressed concern that his book’s selection might turn away his readers. His invitation to appear on Winfrey’s popular daytime show was withdrawn though “The Corrections” remained a club selection. The two have since made up, and Franzen’s “Freedom” was an Oprah Winfrey book club selection in 2010.

“While Franzen will be talking about  ‘The Corrections,’ he’ll be accessible to answer all types of questions from the audience,” Blackwell says.

The accessibility and diversity of authors taking part in the Open Book is what’s made the series a success with the reading public. The five-week event attracts a core following of readers that attend all sessions and treat it like a course. Others pop in to hear a favorite author or one they might be curious about.

The series wraps up April 26 with Arthur Phillips, who will discuss his fifth novel “The Tragedy of Arthur.” Also a five-time Jeopardy! champion, Phillips is likely to draw in readers and game show viewers alike.

“It’s always a mix of famous authors and the kind of books that if someone doesn’t like one book, there’s a chance they will like another,” Blackwell says.

In addition to community outreach, the Open Book benefits the university’s students as each visiting author presents a master class to students in the creative writing master of fine arts program.

Some conduct a formal class and others simply talk about their writing process and spend time answering students’ questions.

Over the years, the Open Book has evolved into a powerful recruiting tool for the creative writing program.

"Our list of visiting authors rivals that at any university," Blackwell says. "And the master classes associated with The Open Book offer our students quality time with some of the English language’s finest living authors."