If you build it, they will come

South Carolina’s beaches are no secret. Neither are its golf courses. Neither is its rich and varied history, which stretches back to the earliest Colonies. Also no secret: the value these attractions add to the state’s tourism industry. South Carolina draws more than 30 million visitors annually, generating more than $20 billion a year. More than 250,000 people work in hospitality jobs statewide.

For all the tourist dollars pouring into the state’s economy, though, there’s still plenty of untapped potential, says Simon Hudson, director of the University of South Carolina’s SmartState Center of Economic Excellence in Tourism and Economic Development.

And that’s not idle speculation. Recently, Hudson and his fellow researchers conducted a pair of studies that identify two very target audiences for growth: African-American tourists and prospective retirees. Hudson also argues for a less-is-more approach that may seem counterintuitive — until you take a trip down the coast.

For decades, South Carolina’s beaches have beckoned visitors from the mid-Atlantic and the Midwest. Families loaded up their station wagons every summer, came to our 230 miles of beautiful coastline and stayed for a week in a hotel or beach cottage. Places like Myrtle Beach and Garden City swelled. Further south, tourists descended on Isle of Palms, Folly Beach and Fripp Island.

“By the 1960s, advanced ideas about landscape architecture and resort development began to emerge,” says
Rich Harrill, professor and director of the Alfred P. Sloan Foundation Travel and Tourism Industry Center and the International Tourism Research Institute at the university. “It was at this time that Myrtle Beach, Charleston and Hilton Head began to develop as destinations. These are the origins of tourism in South Carolina.”

But these locations now draw different types of visitors. Charleston offers high-end accommodations and restaurants, as well as art and history. Hilton Head, which came online in the 1960s with the development of resort “plantations,” is well known for its golf courses, and the high-end shopping and dining that followed. With 100-plus golf courses of its own, the Myrtle Beach area taps into a similar market but is more generally geared toward the family beach traveler.

Combined, these coastal destinations pump big money into the state’s economy. Darla Moore School of Business economist Joey Von Nessen says expenditures and employment have increased by 50 percent in the past two decades. But as Hudson points out, if the state is going to continue to grow at a comparable rate, it will need to further diversify its offerings and ramp up quality.

“One thing our research told us is that we haven’t got the up-market shops or hotels that sophisticated travelers want,” Hudson says. “If we don’t get those, it will forever be the bucket-and-spade brigade on Myrtle Beach that doesn’t spend any money and that everybody complains about. My philosophy is let’s have less tourists, but more high-yield tourists.”

Nearly 100 years ago, African-Americans suffering under Jim Crow laws and segregation in the South began moving north in numbers so large that the phenomenon became known as the “Great Migration.” Generations of families left for better opportunities in Philadelphia, New York, Chicago and other large cities from the 1910s through the 1970s. 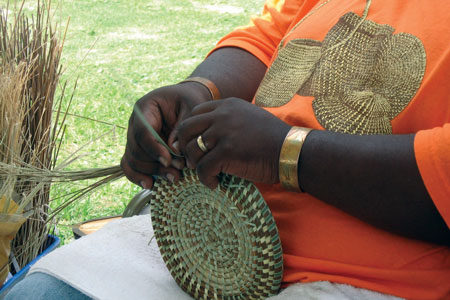 "Many African-Americans that moved up north are returning home and rediscovering their South Carolina roots, cultural heritage and history.” — Rich Harrill, professor and director of the Alfred P. Sloan Foundation Travel and Tourism Industry Center

Now, that trend is reversing, and tourism stands to benefit. “Many African-Americans that moved up north are returning home and rediscovering their South Carolina roots, cultural heritage and history,” Harrill says.

“The perception based on previous data was, ‘Well, they’re not that important a market. They don’t spend as much.

They tend to bring their own food and stay with friends and family.’ But that’s not true,” Hudson says. “African-American travelers spend just as much as other groups.”

That demographic is also more upwardly mobile. “If you’re breaking into the $200,000-a-year salary bracket this year,” he adds, “you’re more likely to be African-American than white.”

But what sort of activities does the state offer these tourists when they arrive? And what does the industry do to promote those activities? The history is there, but the product in many respects still isn’t — and the marketing needs to catch up as well, according to Hudson. “Despite the rich history and culture, awareness is very low,” he says. “The Gullah Geechee corridor is the only living national heritage corridor in the United States, and yet nobody knows about it.”

Designated in 2006, the Gullah Geechee Cultural Heritage Corridor is partially funded and administered through the Department of the Interior and the National Park Service. It covers a strip of coastline from Pender County, N.C., to St. Johns County, Fla., and includes communities descended directly from slaves who survived the Middle Passage from central and west Africa.

“We were talking about genealogy and the potential for bringing African-Americans because there’s an increased desire to retrace your roots,” Hudson says. “I did a semester at sea last year, and one of the countries I was in was Ghana. I was just amazed at the slave castles. I mean, they’re spooky places, but they’re the No. 1 tourist attraction in Ghana and among African-Americans traveling to trace their roots.”

And, as Hudson explains, building on that interest in African-American culture could have a positive ripple effect.

“There’s a lot of opportunity,” he says. “The African-American museum in Charleston will hopefully open in 2019, which will give something for us to focus on, then spread people around to other sites. At the moment, we have 500-odd sites and there’s no focal point to say, ‘You’ve got to go here. You’ll get the full story.’ ”

A second burgeoning market identified by Hudson and other researchers at USC is the retiree. The idea is that if you can get folks here to visit, they will think of South Carolina when it’s time to kick back and enjoy their golden years, bringing their lifetime of savings with them. 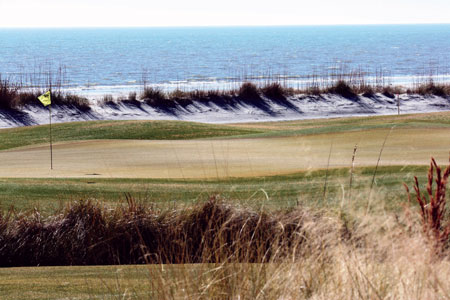 “We found that people who had been on holiday here were significantly more likely to retire to South Carolina.” — Simon Hudson, director of the SmartState Center of Economic Excellence in Tourism and Economic Development

“The state has had a sort of love-hate relationship with retirees. They want their money but they don’t want their illnesses,” Hudson says. “One thing we know from research over the last decade or so is today’s retirees are very different from retirees a decade ago.”

According to the recent study conducted by Hudson’s group, today’s retirees are active and want to continue their education. They want to volunteer and give back to their communities. They aren’t ready to sit in a rocking chair on the porch and may even want to start new businesses. They are connected online and have healthy lifestyles.

“I don’t think we should even use the word retiree these days,” Hudson says. “It’s a new stage of life. A study came out recently that said nearly 60 percent of people say they are going to transition into retirement. They are going to go parttime.

“So there’s that retiree transition stage, in the mid-50s to mid-60s, where people are asking, ‘Where would I like to spend my
last 20 years?’”

And, these retirees are looking to get the most for their money.

“Many retirees who live in a bungalow up north move down to South Carolina, and they can live like a king by comparison,” Von Nessen says. “They can live near the beach or the lake, and they have a quality of life here that is much higher than many cities up north.”

Catching these folks as tourists when they are thinking about where to retire is important, according to Hudson. But even more important is having places for them to go when they do decide to retire.

“We need to realize as a state that this is an economic opportunity,” he says. “Considering we don’t have a formal policy or any certified retirement community program, we’ve done very well in attracting retirees. Our study showed how much more successful we can be if there were some sort of structured, coordinated effort.

“We found that people who had been on holiday here were significantly more likely to retire to South Carolina.”

Hudson would also like to see state and local governments encourage the development of retirement communities, creating a critical mass that can attract new businesses, and not just in the more obvious tourist towns. College towns could also be a big draw for retirees because of the opportunities to continue their education. Small rural towns with lakes also could be on the list.

It’s the same sort of marketing that is done to attract companies to show the quality of life their workers would enjoy if a company relocated here.

“You’re promoting a lifestyle, and so I think there’s an opportunity for us in South Carolina to promote the state to everybody — for your Boeings, for your tourists, for your retirees, everybody,” Hudson says.