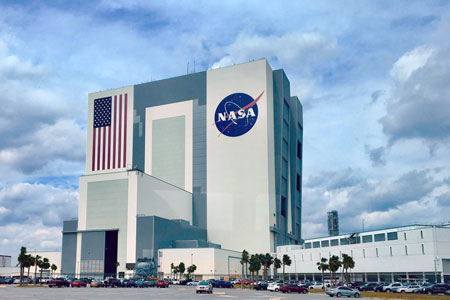 College of Engineering and Computing researcher David W. Matolak will be leading a team of researchers who are using a NASA grant to help improve air traffic control.

As air traffic has grown to nearly 3 billion passengers a year, the ability to communicate with and among aircraft has struggled to keep up, leaving air traffic communications ill-prepared for the anticipated doubling of traffic in the next 20 years.

College of Engineering and Computing researcher David W. Matolak is working to change that.

Matolak, an electrical engineering professor, is the principal investigator in a NASA-funded $4.4-million research project to address limitations in aircraft communication networks. The goal is to improve operations and increase safety.

“We will take advantage of all available aviation frequencies to create new, faster and more effective wireless communications that are completely adaptive to all conditions,” Matolak says. “These new aviation radio systems will be able to access multiple communication methods and resources — such as ground stations, other aircraft, satellites, trains and large sea vessels — for maximum efficiency.”

Air traffic has grown rapidly for the past 50 years, according to Aerospace America and the Federal Aviation Administration. The number of people traveling by air has skyrocketed from 46 million passengers in 1965 to 3 billion in 2016, and air travel is expected to hit at least 7.2 billion passengers and millions of drones by 2035.

Over the next three years, the team’s research will address several challenges to the current systems, including inefficient airport operations that cause significant travel delays and the inability to accurately and continuously monitor and track all manned and unmanned aircraft.

“We are planning to dramatically improve the capacity and efficiency of all airport communication networks as well,” Matolak says.

The NASA award is part of the space agency’s University Leadership Initiative, in which select universities identify their own projects and lead the technical work with other universities and companies to solve aviation challenges.