A naturalist’s take on the solar eclipse 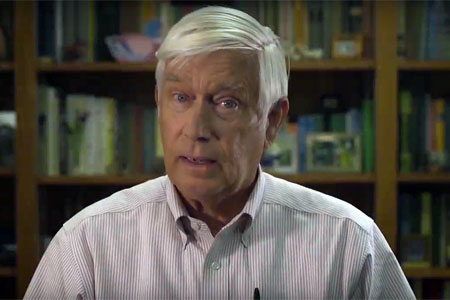 “I’m older now than I’ve ever been, and in my lifetime I’ve never seen a total solar eclipse. This is the one opportunity I’m going to have, and that’s exciting in and of itself.” Rudy Mancke, UofSC naturalist-in-residence

But the University of South Carolina’s naturalist-in-residence has never witnessed a total solar eclipse, so he’s especially looking forward to the Aug. 21 event, not only to see what’s happening in the sky but to learn how it affects the animal life he’s studied for so long. Columbia is in the direct path of the transcontinental eclipse and will experience about two and a half minutes of total darkness in midafternoon.

“My dragonfly friends are going to settle down, I think, and the birds will stop singing,” Mancke says. “If you’re a nocturnal species, this [eclipse] won’t affect you at all. I don’t think bats will all of a sudden explode into the sky for two-and-a-half minutes of darkness.”

Mancke likens an eclipse’s sky-darkening effect to an afternoon thunderstorm, whose rain-laden clouds temporarily obscure the sun. Animals experience such mid-day thunderstorms often, so the darkness of the eclipse won’t be that out of the ordinary, Mancke says.

“Most cicadas call when it’s hot and bright, but there’s a species — the dusk-calling cicada — that usually only calls at dusk, so I’m interested in what that one might do [during the eclipse],” he says.

Reptiles, which regulate their body heat by exposure to sunlight, might end up being a little confused by the afternoon disappearance, then reappearance of the sun. “It’s not going to change their biological clocks a lot, though,” he says.

The species that, historically, has been most affected by solar eclipses, Mancke says, is human.

“The first human beings — how were they going to explain a solar eclipse? They must have thought, ‘It’s some supernatural thing, some godlike thing that I can’t see that’s obviously in control of things that I’m not in control of, and I must have done something wrong,’ ” Mancke says.

And while we now have a scientific understanding of the rare phenomenon of a total solar eclipse, the wonder of experiencing such an event isn’t diminished, he says.

“I’m older now than I’ve ever been, and in my lifetime I’ve never seen a total solar eclipse. This is the one opportunity I’m going to have, and that’s exciting in and of itself,” Mancke says. “We have an innate curiosity about the world whether we want to admit or not, and we’re overwhelmed by it to some degree. I think it enriches your life to look at something other than yourself.”