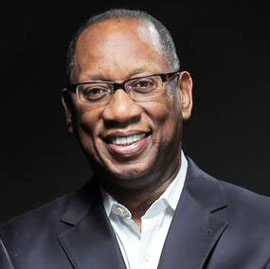 The Outstanding Black Alumni Award is presented to an alumnus or alumna who has uniquely distinguished themselves in their professional career, shown remarkable leadership capabilities and positively impacted their community.

Benjamin Hall, ‘77 religion, grew up in Columbia, the son of educators. He finished his degree in religion at the University of South Carolina in only three years and went on to Duke University, where he earned his master’s of divinity and a Ph.D. in philosophical and rational theology. While still working on his doctorate, Hall began work on his Harvard law degree, which he earned in 1986 — one year after completing his Ph.D.

Hall has been a practicing attorney in Houston for 30 years and has been consistently voted as a "Superior Lawyer" by his peers; consistently recognized as possessing the "highest competence and ethics" in the law; for the last decade and a half he has been voted a "Texas Super Lawyer," a distinction achieved by fewer than 1 percent of Texas attorneys.

“I have started to choose cases that are socially important,” Hall said in an interview after being named a Super Lawyer. “I would not want to leave the planet when my only achievement is some large bank account. I really want to use this marvelous craft of the law to humanize some part of a society that we can be proud of.”

But in the “business of law,” Hall is equally successful, having won judgments and settlements for his clients totaling more than $300 million.

He is dual-board certified in personal injury law and civil trial law, and has been the recipient of awards from the NAACP (Houston Chapter), the Houston Area Urban League and the Black Lawyers Association.

Hall has served as an adjunct law professor at the Thurgood Marshall School of Law, the University of Houston Law School and the South Texas College of Law. He is licensed to practice law before the U.S. Supreme Court and all state and federal courts in Texas.

He is a lifetime member of the NAACP.

Hall served as the city attorney for Houston, and in 2004, started his own nationally recognized firm. He has been described by jurors and judges as a "deadly lawyer" in the courtroom, and is much sought after to represent clients in complex personal injury and commercial civil cases.

Hall and his wife of 36 years, Saundra Turner Hall, of Inman, South Carolina, have two sons, Benjamin and Zachary.