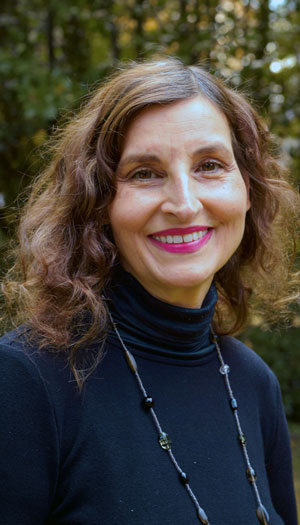 Kathryn Luchok and Linda Robinson are teaching Midlands foster teens the facts of life with messages they hope will stick.

“Kids are not learning what they need to know in schools,” says Luchok, a research professor and medical anthropologist in the anthropology department. “Many parents are not comfortable doing it and health care providers often give explanations that are way over the kids’ heads. We had to start at the beginning.”

The goals are to give teens the information they need to protect themselves from sexually transmitted diseases and unintended pregnancy, which happens more than twice as often among foster care teens than for girls in general. The National Campaign to Prevent Teen and Unplanned Pregnancy says nearly half of girls in foster care have been pregnant before age 19 and almost a third of them have at least one child before the end of their teen years.

“They are also more likely to put their own children in foster care,” Luchok says.

Using a grant from the Lalor Foundation, the pair will use real world lessons — sticky messages, they call them — to help teens approaching adulthood and independent living make better and more informed decisions.

They will use a four-workshop series to help create a rapport between the teens and staff at group homes and help the teens feel comfortable seeking help and asking questions. The first step is to train the staff members in group homes for foster children followed by workshops for the teens themselves on connection/normalization, anatomy/physiology and contraception.

The final phase will be to create ongoing group conversation time when teens can ask questions and get honest answers without judgment.

“Sex education in school is often fear-based, preachy, boring and too technical,” Luchok says. “Linda has developed her fun and unexpected messages over years as a nurse practitioner focused on family planning and reproductive health.” 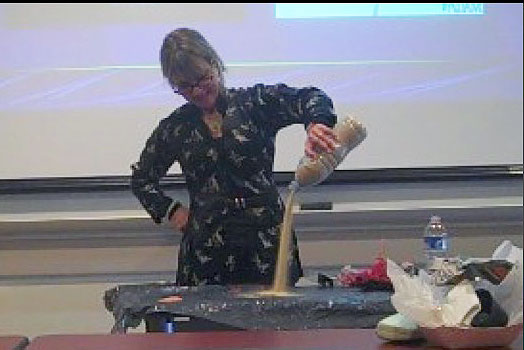 Linda Robinson uses a 2-liter bottle of sand to illustrate how many sperm are released during sex.

One example of a “sticky message” is IDDF, which stands for “I Don’t Do Fluids,” as a shorthand to remind teens that condoms can help prevent pregnancy and disease.

The messaging also uses visuals to help cement a concept — such as emptying a 2-liter bottle filled with sand to show how many sperm are released during sex or an egg carton to show how hormonal contraceptives such as “the pill” work by keeping your egg carton closed.

Luchok says the hope is that they will acquire enough data about the effect of these workshops to move their methods into the evidence-based canon of sex education. Eventually it may be incorporated into the curriculum the Department of Social Services uses in its foster care independent living program.

“We don’t focus on telling them not to have sex,” she says. “Eventually almost everybody’s going to do it. We want them to be mindful of the preparations they must do in order to make this a healthy part of their lives. If they do not control their reproductive destiny, it will control them.”