Keeping the power on

It’s a familiar story in the hours and days after a hurricane, ice storm or other natural disaster: power lines are down, electricity is out, and normal life screeches to a halt. 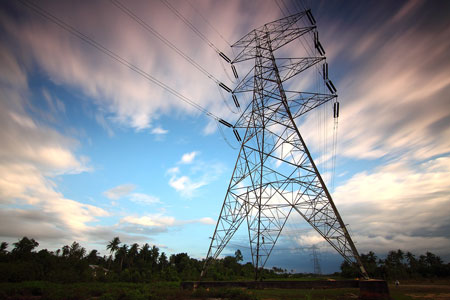 Researchers in the College of Engineering and Computing are working to develop the technology for micro-grids, small-scale versions of interconnected electric grids.

But what if a system could be created that would change the traditional power grid, a resilient system of micro-grids that locally manage energy storage and resources? That’s what Andrea Benigni and his colleagues in the College of Engineering and Computing’s Integrated Grids Lab are working to do. Benigni, an assistant professor of electrical engineering, is helping to create and test a system that would maintain a community’s quality of life through a disaster.

“The idea is to develop a system that, when everything is going well, you don’t notice the difference. And when something goes wrong, you have an incredible advantage,” Benigni says.

Benigni and his colleagues are creating the technology for micro-grids (small-scale versions of interconnected electric grids). He is working on a project with Sandia National Laboratories and Emera Technologies to make the community-scale, direct current micro-grids part of the mainstream.

Benigni also is working on research with the U.S. Department of Energy’s Idaho National Laboratory and National Renewable Energy Laboratory that focuses on the global integration of electrical grids to eliminate large-scale blackouts.

His Integrated Grids Laboratory is now part of the Real-Time Super Lab. South Carolina joins Sandia National Laboratory, Colorado State University, Washington State University, Germany’s RWTH Aachen University and Italy’s Polytechnic University of Turin to explore the idea that electrons can be sent around the world the same way as digital packets of zeros and ones over the internet.

A longer version of this story originally appeared in the Spring 2019 edition of Breakthrough research magazine.