Brianna Morrison remembers the moment she knew she wanted to attend South Carolina Law.  It came as she was researching law schools and discovered professor Marcia Zug and her work with indigenous peoples — particularly her comparative law research into the treatment of indigenous tribes in the United States and Australia. 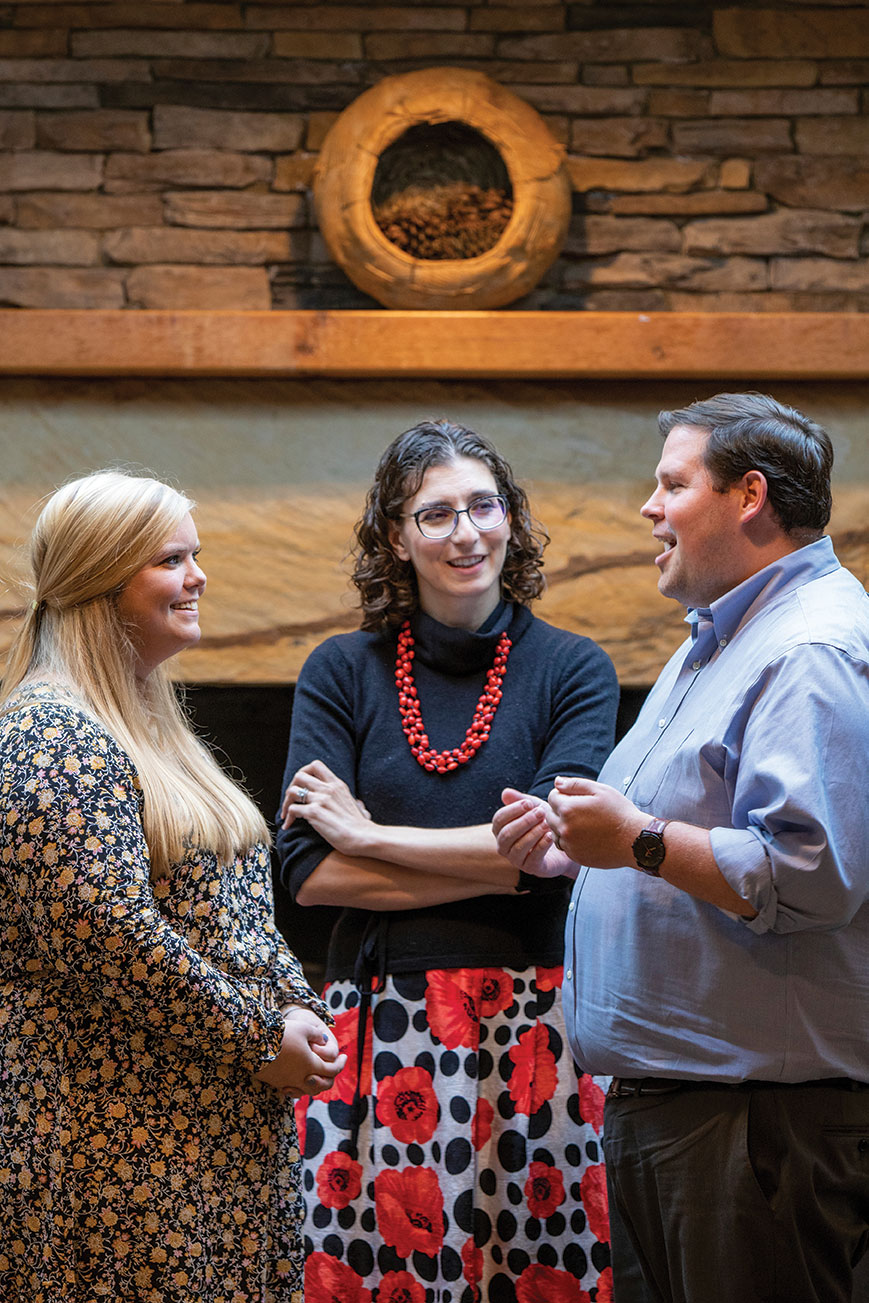 “Growing up, my grandparents had a fascination with Native American history and culture, which inspired my passion for Native American rights. I knew professor Zug could really help me expand my interest in Indian law,” says Morrison ‘20, an Aliquippa, Pennsylvania, native. “But the opportunities I’ve had at USC Law have been so much more than I ever thought possible.”

Those opportunities included taking a unique course where Morrison did more than just learn about Indian law. She had the chance to create it.

While saddled with the unassuming title of “Special Topics in Legislative Drafting,” the groundbreaking class is unlike anything offered at an American law school, tasking students to craft an original code of laws for the Catawba Indians, the only federally recognized tribe in South Carolina.

“I’m not aware of any place else in the country where law students have the opportunity to help create an entire legal code from scratch and watch as the laws they have helped craft become the foundation of a new tribal justice system,” Zug says.

The Catawba are a sovereign nation with their own constitution and governmental structure, but they do not have their own court system. This means that they must cede control of court matters to state or federal courts. And navigating that system can get very tricky, to put it mildly, as many judges who preside over cases aren’t well versed in the intricacies of Indian law, much less familiar with the Catawba’s culture and traditional customs.

For instance, the tribe believes in a system of justice where the focus is more restorative than punitive. And in child custody cases, they feel the emphasis should shift toward individuals who are truly involved in that child’s life, versus following strict relationship lines.

The tribe has long wanted to establish jurisdiction over their own cases, but to do so, they first have to create the legal code as its foundation.

“The development and adoption of a code of laws is one of the ultimate expressions of our sovereignty as a tribal nation,” says Jeff Harris, a member of the tribe and the tribal governance attorney. “The codes will allow us to operate to the full extent of our sovereignty.”

Harris says it was their liaison at the South Carolina U.S. Attorney’s Office, Carrie Fisher Sherard ’04, who first contacted the School of Law to see if a possible partnership could be arranged to achieve these goals. She connected tribal leaders with Zug and professor Joel Samuels, who is also the director of the university’s Rule of Law Collaborative.

After meeting with tribal leaders and learning about the Catawba’s desire to develop a full code, Zug and Samuels came up with the idea to create a new course that would not only teach students how to draft laws, but also would allow them to actually draft real laws that will someday form the foundation of governance for the tribe.

Without a doubt, drafting the family code for the Catawba Nation has been the most rewarding experience I have had during my time at UofSC Law

“We couldn’t have dreamed of working with professors with such incredible knowledge and experience,” Harris says. “We have felt fortunate from the beginning that they saw the value in this class and were willing to work with us.”

The course was initially offered during the 2018-2019 school year and focused on developing a family law code.

“We decided to start with the family code the first year because it was a somewhat easy place to start, and something we felt we could do in a year,” Zug says. “We examined family codes in South Carolina and other states and discussed what was good and what was not. Then, we took the good parts and tried to make them as specific to the Catawba as possible.

"Because we were able to start with a completely blank slate, I think the Catawba actually have the chance to have a better family court system than the state of South Carolina.”

This year, Zug teamed up with legislative law professor Jesse Cross to concentrate on drafting a domestic violence code.

In both courses, students traveled to the Catawba reservation to meet with Harris, Chief Bill Harris (no relation), tribal elders, family and victim services advocates and others to get a better understanding of the Catawba’s culture and beliefs and specific issues affecting the tribe.

“My favorite part of the process has been having the students come visit us,” Harris says. “It’s one thing to read about us, but there are many things that you cannot fully understand until you see us and our lands, like how visiting our housing authority led them to think about ways the family code will need to address our unique property issues.”

Morrison, one of the few students who were able to take both classes, says it was nothing short of life changing.

“The effect it has had on me is immeasurable,” she says. “It was a big challenge, but it reminded me that I was part of something larger, and my work was contributing to a greater good. I was able to do what I’ve always wanted to do, which is work with a tribe on tribal law issues, and I have also gained skills that will stay with me for the rest of my life.”

Kendall Eoute ’20, who also participated in both classes agrees.

“Without a doubt, drafting the family code for the Catawba Nation has been the most rewarding experience I have had during my time at UofSC Law," Eoute says. "I never thought that, as a student, I would have the opportunity to draft laws that would actually be implemented and help such a deserving group of people.”

Eoute, a Greenville, South Carolina, native, was attracted to South Carolina Law because of its Children’s Law Concentration program and will be practicing at a family law firm after graduation. She says not only did she learn valuable practical skills, but the class also provided other lessons as well.

“As we tried to come up with what to put in the statutes, we studied South Carolina’s family code in comparison to other states, and I recognized that there may be other avenues our laws could take that would achieve better results,” she says. “I hope my time in this class will allow me to appreciate our laws, but also be able to better advocate for changes to outdated laws that are in need of updates that can improve outcomes for children and families.”

Zug says she will continue co-teaching the class in future years, helping the Catawba build out other sections of code, including in areas of employment and environmental law, among others.

But as for these first two codes, Harris says the next step to implementation is a full review by the family services and victim services departments and then presenting the final drafts to the General Council for adoption. While there is no timeline yet in place for that, he knows the classes have helped them move much closer to their goal. And he’s glad that the students are benefiting just as much from the experience.

“Drafting laws is an important skill for any lawyer, and I hope that students are able to take this skill with them as they launch into their careers,” he says. “I certainly would have loved to take a class like this when I was in law school.”