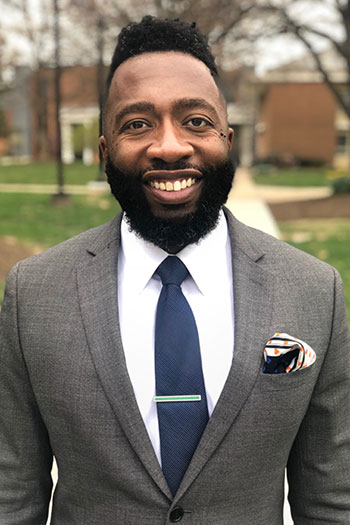 Julian Williams will serve as the university's first Vice President for Diversity, Equity and Inclusion. His appointment was announced during the Board of Trustees meeting on Feb. 21.

The University of South Carolina announced Julian R. Williams will serve as its first Vice President for Diversity, Equity and Inclusion. Williams, who most recently served as Vice President of Inclusion and Diversity at Virginia’s George Mason University, was selected by President Bob Caslen following a national search process. His appointment was formally approved by the university’s Board of Trustees on Friday (Feb. 21).

“I’m thrilled Julian is joining our Gamecock family, and I’m certain he’ll do a tremendous job leading our efforts to promote diversity and inclusion on our campus and beyond,” said President Bob Caslen. “His experience in executing successful strategies to ensure campus life better reflects and celebrates the communities in which institutions serve makes him ideal for this important role.”

While at George Mason University, Williams was responsible for implementing an institution-wide diversity and inclusion plan, designed to more effectively recruit and retain a diverse team of faculty and staff. He also worked to bridge the gap between academics, administrative units and community stakeholders, ensuring that diversity remain an essential part of the university’s character and mission. Before joining George Mason, Williams served as the Director of Equal Opportunity and Title IX Officer at Vassar College and Director of Equity and Diversity at Monmouth University.

“My wife Jemia and I are excited to become part of the campus community and the city of Columbia.  It is an honor to be selected to lead inclusion and diversity efforts at South Carolina’s flagship institution,” Williams said. “My goal is to bring to the forefront a community-developed vision for inclusion and diversity ensuring that all members of the USC community are able to bring their authentic selves to campus every day.  I will work to build strong relationships based upon trust, transparency, and honesty in order to move this vital work forward.”

Williams, a native of Michigan, earned a bachelor’s degree in English from the University of Michigan and J.D. from Michigan State University. He will begin his new role in June.

The University of South Carolina is committed to promoting diversity through unique programming and initiatives, including the S.C. Collaborative for Race and Reconciliation, which houses the Welcome Table SC, the Equity Summit and the South Carolina Youth Collective; the Finding Common Ground series; the Safe Zone program; and efforts to recognize the historic contributions of underrepresented groups to campus and community life.