COVID-19 impact: How the pandemic is affecting politics

A political scientist’s take on partisan politics in the U.S. and a turn toward authoritarianism in Hungary

As the coronavirus threatens health and upends daily life throughout the world, UofSC Today is turning to our faculty to help us make sense of it all. While no one can predict exactly what will happen in the coming weeks and months, our faculty can help us ask the right questions and put important context around emerging events.

Katherine Barbieri is an associate professor and vice chair of the political science department in the College of Arts and Sciences at the University of South Carolina. Her expertise is in the area of international relations and international political economy.

How has the COVID-19 pandemic changed the status quo of partisan political conversations in this country?

Early in February, there was widespread and robust concern around the globe that an excessive reaction to the COVID-19 threat, whose impact was unclear, would lead to a severe slowdown of the global economy. President Trump presumably shared this concern to the point of being accused of having ignored the epidemic. Now, COVID-19 has wiped out every other news story. The internal politics of the United States, trade between the United States and China, tensions between Iran and the United States, Brexit, the Russian Federation and Ukraine, Syria, Afghanistan, Iraq, not to mention North Korean nuclear proliferation — all have disappeared from the screens. 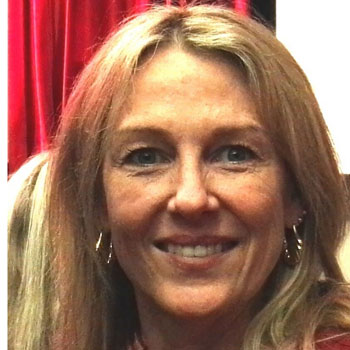 Initially, the fringe voices of the political right were particularly alarmed by COVID-19, while established liberals and their media allies were playing down the threat out of fear of giving aid and comfort to Sinophobia or populism. In March, the dynamic shifted. With the spread of the disease, Democrats abandoned their anti-quarantine stance in favor of reasonable panic, while conservatives split into two distinct camps. Some dusted off the classic themes of a conservatism that draws strength from external dangers, while others embraced a conservatism that we can define as a clannish denial. Lately, in the crisis, most conservatives and liberals have united in alarm at least over the disease and its impact on public health and the economy.

When it comes to government, COVID-19 is not what has most blurred the lines that separated free market and minimalist government advocates from supporters of big government. The Trump presidency does not lend itself to this traditional dichotomy. Trump is fiercely anti-socialist in his rhetoric. Still, his policies are about the government steering business to nationalist objectives and defending labor and its rights to jobs, while also pushing government planning and investment in large infrastructure projects. The vision of “making America great again” has required massive government intervention in the economy and increases in the federal budget deficit. This incoherence is so prominent that it has pushed some observers to describe the Trump administration's policy as “big-government anti-socialism.”

What does all of this portend for elections in the fall?

While our political environment still clings to the two-party system, we have to recognize that our parties themselves no longer adequately represent the ideals that we associate with them. The Republicans' sitting president and the Democratic Party’s once-feared candidate, Bernie Sanders, were and are viewed by their respective party machines as outsiders, and with good reasons. But that is what many Americans want, someone who is nothing like the politicians that got us to this place. If we talk about the role of the government in the economy, a minimalist versus interventionist state, the provision of social services versus free marketers, we see that political economy has morphed more than the virus.

While it is difficult to make predictions in times of uncertainty, it appears that there are already widespread calls for expanded government. And we are likely to see more expansion if the health crisis turns into a full-blown economic crisis. However, it seems that COVID-19 arrived relatively late to change the outcome of the next presidential election. The Democratic Party has already chosen the man destined to challenge President Trump in former Vice President Joe Biden. The latter does not seem the best champion of progressive ideas. Under this point of view, Biden is unlikely to pose a challenge to a sitting president who, on closer inspection, is not that far from calls for the type of big government needed during the pandemic crisis.

Despite COVID-19, the next general election outcome will be the product of a clash of personalities rather the clash of political agendas. Furthermore, in comparison with Biden, Trump cannot fail to be perceived as the lesser evil by those libertarian fringes now evidently unhappy with the government intervention driven by COVID-19 into the country's economic and social life.

Could the effects of the pandemic bring larger changes to the national political conversation regarding health care coverage for all, a better safety net for gig workers, etc.?

How profoundly COVID-19 will modify the national debate regarding health care will depend substantially on how successfully we manage today’s crisis and, eventually, on the failure of efforts to find quick solutions. At least for the moment, both Trump and Biden seem to underline the exceptional nature of the crisis and, therefore, the extraordinary nature of the tools necessary to resolve it. How much COVID-19 is not perceived as something worthy of a radical rethinking of the entire health system emerged in the final television debate between Biden and Sanders. On that occasion, Sanders tried, to no avail, to exploit COVID-19 as an argument in favor of a comprehensive national health system, something which Biden has repeatedly refused arguing on the exceptional nature of the circumstances.

There are concerns that authoritarian governments around the world have used the pandemic as cover for instituting tighter control over news media and civil liberties. Certainly, this isn’t the first time such governments have used crises to tighten their grip on power.

Each historical experience has such unique characteristics and dimensions that the saying that history is lived first as a tragedy and then as a farce is probably true. Today's circumstances are both qualitatively and quantitatively different from similar past crises. As a consequence, comparisons may be deceptive. Present authoritarian regimes cannot be compared with the totalitarian regimes of the last century. However, it is undoubtedly true that COVID-19 is favoring undemocratic trends, at least within countries traditionally accustomed to this type of evolution, but it is still early to express a definitive judgment.

From this point of view, the most interesting case is undoubtedly constituted by Hungary, which, unlike countries such as Brazil and Turkey, is also subject to limitations to its sovereignty associated with its membership in the European Union. Just a few days ago, on the grounds of COVID-19, the Hungarian Prime Minister Viktor Orbán took full power and effectively suspended all prerogatives of the legislative branch. Among the various initiatives immediately promoted, there is a rule aimed at punishing the spread of false news, apparently in stark contrast to any definition of freedom of expression. The turning point has opened a heated debate on the future of Hungary itself and of its position within the European Union and, more particularly, on the opportunity to expel Orbán's party from the European People's Party.

Finally, there is no question that politicians, media pundits and many others have seized on the opportunity to exploit the pandemic for political gain. There is enough blame to go around, and it is disheartening to see that partisanship has colored our ability to pursue objective analysis, even among academics. If we think back to late January, when the Chinese army was surrounding the city of Wuhan, the U.S. media and most of the country was fixated on lectures on the impeachment process. The only respite from the impeachment trial was the Democratic primary elections. Ironically, the debates about health care that the Democrats were proud to elevate to center stage ignored any discussion of preparations for a pandemic. American media provides no escape, even possible solutions to certain death (in the form of experimental drugs) become entangled in partisanship.