Model a mindset of growth, says U101 instructor of the year

When Jessie McNevin meets the freshmen in her University 101 classes at the start of each fall semester, she sees a little bit of herself. That empathy probably explains why McNevin has been such a successful U101 instructor. 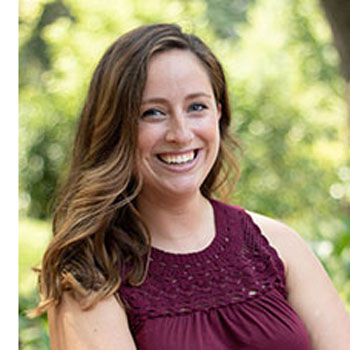 This past fall semester, nearly 5,000 first-year students were enrolled in U101 courses, which help orient students to all aspects of university life and connect them with vital academic resources. McNevin was among 193 U101 instructors nominated for the U101 Outstanding Teaching Award.

“It always amazes me how they’ve got their cool caps glued on tight, and it takes a few weeks for them to open up,” says McNevin, assistant principal of the Capstone Scholars Program and recipient of the 2020 U101 Instructor of the Year award. “I try to remember back to my freshman year at West Chester University and how I tried to put on an act like I knew exactly what was happening even though on the inside I had no idea what was happening. That helps me give them some grace.”

Coaxing freshmen into dropping their guard a bit and engaging in class requires some finesse, McNevin says. New U101 instructors — or new faculty teaching any course, for that matter — might pose a question to their students early in the semester and expect discussion to spontaneously begin.

“I’ve learned that early on in the semester that doesn’t work well,” says McNevin, who earned an M.Ed. from South Carolina in 2016. “There will be your two or three who love speaking up in class, but having all of the students just turn to their neighbors or work in small groups creates a lot of chatter and gets everyone involved.”

One of the course requirements for McNevin’s U101 students is to keep a handwritten journal, posting at least once a week about their journey through the first semester of college. To generate buy-in, she reminds them, “You’re only ever going to have one first semester. Won’t it be nice pick up your journal a few years from now and go down that memory lane? You’re creating this artifact for you.”

On the first day of class, students pair off to interview each other and exchange contact information for followup questions. While many students assume they will introduce their classmate to the rest of the class, McNevin asks them instead to design a journal cover for their partner, using the information they’ve learned.

“The next week everyone stands back-to-back with their partners and on the count of three, they reveal each others’ journal covers,” she says. “It’s one of my favorite memories each fall because in a week that feels so confusing and new, they receive a journal that shows that someone listened to them. With that, I hope they are starting to see Carolina as home.

“The best advice I can give to new instructors is to be as authentic as possible. Don’t be afraid to share if it’s your first time teaching. The more you can share your own highs and lows with the students, the more you’re modeling that mindset of personal growth for them.”