Remembering the Days: South by southwest, the university's expansion into Ward 1, Wheeler Hill

In 1982, a large advertisement appeared in The State newspaper in Columbia, informing readers that a “lovely parcel had been revived, replanned and restored for a few Columbians to rediscover.” The site was Wheeler Hill, a neighborhood that little more than a decade earlier had been bulldozed as part of a so-called slum clearance project overseen by the city of Columbia and the University of South Carolina.

I’m Chris Horn, your host for Remembering the Days, and today we go back more than 50 years to the 1960s, when the university campus was expanding rapidly to keep pace with skyrocketing student enrollment brought on by the post-World War II Baby Boom.

The university was simultaneously pushing the boundaries of its campus east, south and west. To the east, it built Capstone House, Columbia Hall and the Humanities complex in part of the University Hill neighborhood. South of Blossom Street was the Wheeler Hill neighborhood — it’s where you’ll now find the Blatt P.E. Center as well as Bates and Bates West student residence halls. 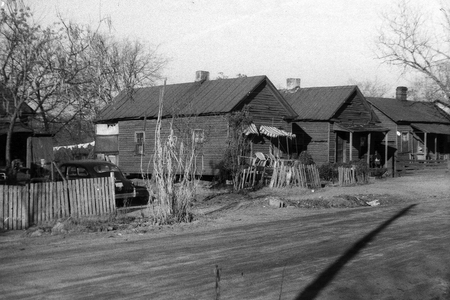 Unpaved streets and dilapidated housing — hallmarks of communities that had been redlined for investment — were the norm in Wheeler Hill and Ward One.

To the west of campus, across Assembly Street, was Columbia’s Ward One neighborhood. It’s where you’ll now find the Carolina Coliseum, the Moore School of Business, the Koger Center for the Arts and several other university buildings.

Wheeler Hill and Ward One were largely poor, working-class, predominantly African American neighborhoods. As was the case with many such communities across the country, Wheeler Hill and Ward One had been redlined by the federal Home Owners Loan Corporation as high-risk areas for bank loans and other forms of credit. That now-illegal practice of redlining cut off vital resources to both communities, and the result was substandard, dilapidated housing or, in the vernacular of that time — urban blight.

The university and the City of Columbia had long wanted to redevelop those rundown communities, and a federal program called "urban renewal" provided the mechanism to do it. During the 1950s and 1960s, more than 900,000 houses across the country were demolished through federal slum clearance and highway building projects.

Bobby Donaldson is a history professor and director of the university’s Center for Civil Rights History and Research. He says the urban renewal of Wheeler Hill and Ward One presented an opportunity for the land-strapped university to get the space it needed for campus expansion, albeit at a human cost.

Sophie Kahler graduated from the Honors College this past spring after writing part of her senior thesis on the history of Wheeler Hill and Ward One.

Sophie Kahler: "They called it a slum all of the time, which was really a racially coded language. They didn't call white neighborhoods slums, regardless of what condition they were in. And they had a long history of wanting to redevelop it because of its proximity to the university. At the time, universities were doing this all across the country so they wanted to expand their campuses because they were really growing." 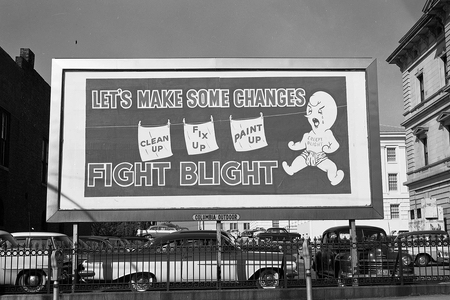 Wheeler Hill was home to more than 200 families and 42 small businesses, including grocery stores, beauty salons and churches. It also was home to Booker T. Washington High School, an all-black high school in the days of segregation and the pride of the community.

Like Wheeler Hill, Ward One had relatively few homeowners. Most were renters, and many of the homes did not have gas or telephone connections — some lacked even electricity. By the mid 1960s, the city of Columbia had declared Ward One its most blighted and Wheeler Hill its fourth most-blighted neighborhoods.

Working with the university, Columbia officials administered the federal urban renewal program that systematically purchased many of the properties that made up Wheeler Hill and Ward One. The Carolina Research and Development Foundation, a nonprofit arm of the university, also acquired property in Wheeler Hill, and would later redevelop a portion of that land into a small upscale neighborhood.

Landlords and the small number of people who owned their homes were compensated. As I mentioned, the vast majority of residents were renting and had to find other places to live. Public housing units, controlled by the Columbia Housing Authority, were in short supply.

Displacing the residents of those neighborhoods naturally decreased enrollment at Booker T. Washington High School, which had been in operation since 1916. In 1974, Richland School District 1 announced that the school would close, and the district subsequently sold the high school property to the university.

Here’s Professor Donaldson. "And then to add greater injury to the graduates and faculty of Booker Washington, our university's facilities leadership decides that when the building of BTW is torn down, that the remnant bricks of the building would then be used to repave portions of the historic university Horseshoe. And you might imagine what that felt like to the African American families who, they thought of Booker T. Washington as a shrine. And then to hear that the pieces of your shrine are now being used by the very university that tore down your high school to repave a walking path on campus. That remains a bitter, bitter memory for so many who lived in the Ward One and Wheeler Hill areas."

The story of what happened to Ward One and Wheeler Hill is not unique to Columbia — that scenario of urban renewal and university expansion played out in many cities across the country. Of course, the fact that the same thing was happening elsewhere does not diminish the loss of community that was experienced here.

In the past 20 years, university students and faculty members, including Professor Donaldson, have gathered oral histories and created digital archives to preserve the memories of those displaced neighborhoods. It has been an important step in the long process of the university beginning to mend fences with its neighbors.

Bobby Donaldson: "I teach classes on Ward One and invite the Ward One and Wheeler Hill families to participate. We've had public programming on the neighborhoods. We've done websites and exhibits. I've mentored students who've done Ward One projects, and so now 50, 60 years after these families find themselves leaving their neighborhoods, they are able to return to some degree, at least through a documentary format. And so I think many are — they feel some ways now affirmed in their own memories of the community, and I feel in some measure that they are playing a very vital role in collaboration with us to leave a record. I think for a lot of families that has been what is probably most regrettable that when you talk about where you were born, when you talk about where you went to school, when you talk about where you worship, you're pointing to now university buildings. Now you can point to a wayside sign or you can go inside one building and see photographs or go to a website or take part in a virtual tour of the neighborhood."

There is much more to the story about Wheeler Hill and Ward One, so I encourage you to check out the shownotes for this episode found at go.sc.edu/podcast. There you’ll find links to Sophie Kahler’s project, which includes much more about the history of those neighborhoods and some cool historic photos.

Next time on Remembering the Days, we’ll take a short walk with South Carolina naturalist Rudy Mancke, who will talk about the natural history of the university campus, including the real story about all those squirrels on the Horseshoe.

This show is produced by the university’s division of Communications and Public Affairs. I’m Chris Horn; thank you for listening and forever to thee.

Go deeper into the history of Wheeler Hill and Ward One through the website created by 2021 graduate Sophie Kahler for her Honors College thesis.