Alumni and founders to share start-up stories at showcase event 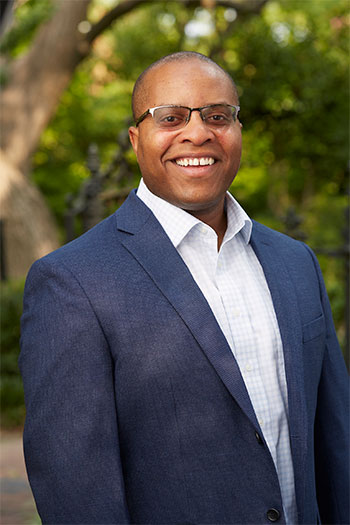 Ben Green finds business success applying lessons he learned across the globe. The latest example? Pivoting his insurance company from in-person to online visits with policyholders. The result? Business is up about 120 percent. He oversaw a similar transition to online work as a manager in Japan guiding his team through the 2011 Fukushima Dai-ichi nuclear disaster.

Columbia native Ben Green, ’03 IMBA, got lost countless times walking the few blocks from his train station to his apartment in Tokyo.

The then-new college graduate spent two years as an English language teacher in the Japan Exchange and Teaching program, which set up housing and a job for him but otherwise didn’t provide a how-to guide for living and working in Japan.

He didn’t know how to use the television.

He didn’t know how to use all the buttons on the toilet.

He didn’t know the “Japanese process” for taking out the trash.

“I realized I knew a lot about certain things but that there was a tremendous amount that I had no clue about in Japan and beyond,” he says. “I had to rebuild all of that competence.”

In other words, the experience was excellent training for becoming an entrepreneur, a job that comes with no manual and where curiosity and the ability to overcome challenges and solve problems separates business owners who succeed from those who fail.

Green credits living abroad — in Japan (three times), Spain and Brazil — and UofSC’s international MBA program with helping him to cultivate resourcefulness and confidence that has served him across many ventures.

“The Moore School makes you really adaptable and flexible,” he says. “It stretches what you think your capabilities may be and expands your realm of possibilities.”

With partners, he has built businesses in event planning, economic development and, most recently, insurance.

Green, president and CEO of Insurance Advantage, formed the company 12 years ago with his business partner David Harrell (’92 BS, ’97 MHR) and his brother Will (’01 BA), then a bartender at The Whig. Will sparked Green’s idea for the business by asking him if he knew where restaurant industry friends could buy health coverage.

“Being an entrepreneur allows you to go after opportunities with gusto and go after markets that you think you can serve well and serve humbly and bring great value to,” Green says.

“I love creating my own schedule and being able to be rewarded immediately for my hard work if I figure opportunities out.”

Green will speak live at the McNair Entrepreneurship Showcase on Friday (Nov. 12) at the Russell House Underground. The event, sponsored by the university’s McNair Institute for Entrepreneurism and Free Enterprise, will also feature speakers such as MapQuest founder Chris Heivly, ’84 master’s geography, and Mixtroz co-founder Ashlee Ammons. 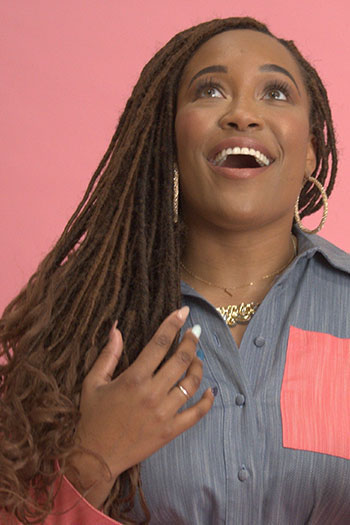 Ashlee Ammons applied her events background to launch an innovative technology company, earning support from Google for Startups and winning a $100,000 pitch competition hosted by former AOL CEO Steve Case, among other recognitions.

Ashlee Ammons was studying broadcast journalism when a college classmate introduced her to a global sports celebrity.

Soon, she found herself working as that celebrity’s first intern, and as her professional network grew, she took a chance and pivoted her career into luxury hospitality, working her way up to producing events for A-listers such as Oprah Winfrey, Leonardo DiCaprio and Jay-Z.

Drawing from her professional training and experiences, in 2014 she partnered with her mom, a senior HR executive, to launch Mixtroz, an event networking software company that helps organizations craft breakout sessions for in-person and virtual events.

“Our company was founded on a simple premise: People want to connect with people, but we’re bad at it, partly because we’re so distracted,” she says.

Ammons and her mother became the 37th and 38th Black female founders to secure more than $1 million in funding to build their company. Reaching that milestone required perseverance for the pair, who wore “Black, Female, Founder, Fund Me” T-shirts to tech conferences to ward off being confused for event staff.

They were treated with skepticism because they were Southern Black women who didn’t know how to code — even though their professional backgrounds allowed them to see the event networking problem and a solution in a different way. They grew frustrated, finding themselves avoiding their natural hairstyles and jumping through arbitrary hoops in an effort to gain funding.

“(But) we as founders started to be more successful when we authentically leaned into who we were,” she says.

“Instead of adjusting for everybody in the room, we let them adjust to us. It was like, ‘No, we’re astute businesswomen. Talk to us the way that you would talk to anybody else.’ ”

Ammons is passionate about authenticity and often speaks to school groups in Birmingham City Schools, many of whom are Black or Brown students.

“They have not seen a technologist who looks like me,” she says. “It is important for me to show them, there is a woman like me with natural hair who wears Nikes in technology.”

Register online for the free McNair Entrepreneurship Showcase, which will be from 1 to 3:15 p.m. Friday (Nov. 12). Network, learn from keynote speakers and hear from UofSC students and alumni who are building startups. Students who attend the in-person event at the Russell House Underground will receive free copies of Green’s book and Heivly’s book.