Bob McNair was a giant. In today’s society, bellwethers of his stripe are a rarity, which makes his passing more of a loss.

His success was also our success. Through his drive, values and talent, Bob McNair achieved great things, bringing prosperity to all he touched. Yet, through this ascension, he stayed true to his roots, remaining close to his family, friends and the communities intrinsically tied to his heart.

The University of South Carolina is fortunate to have held such a special place in his universe. Sixty years ago, this spring, he graduated from USC with a Bachelor of Science degree in psychology. Since then, Bob, and his wife Janice’s impact, has been transformational.

To date, more than 400 scholars, from across nearly half the nation, have benefitted from attaching their names, life stories and contributions to the McNairs. These students can take professional risks and pursue passions and talents without financial or logistical burdens. They are seizing these opportunities to make life changing discoveries in myriad areas, while also challenging global norms and travelling the globe to support the world’s most vulnerable.

In addition, the McNair’s generous support has led to the McNair Institute for Entrepreneurism and Free Enterprise, which impacts so many Carolina students, and a new Football Operations Center at USC. 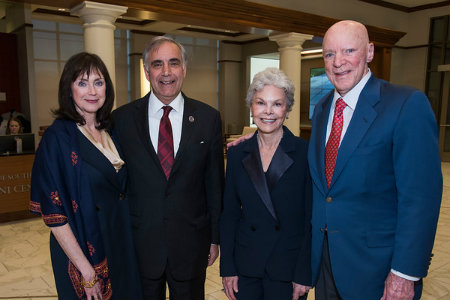 In these, and so many other endeavors, Bob McNair has left a legacy of giving back more than he took away. Across the board, our scholars have never ceased in gravitating toward Bob McNair’s positive nature and sage advice. One student scholar told me that listening to him during his annual visits made the student want to “stand taller, work harder, and serve more people.” Another said that while it was likely impossible to “become a Robert McNair,” she hoped to “...become just a little more like him,” especially with respect to dedicating her life to helping others.

Also, given Bob McNair’s ownership of the Houston Texans, as well as his affinity for players such as Jadeveon Clowney and Johnathan Joseph, who both played at South Carolina, and Deshaun Watson and DeAndre Hopkins, who both played for Clemson University, it’s no surprise that the Texans have become the top NFL team for so many South Carolinians.

At Carolina, his alma mater stands in salute to a titan of industry and philanthropy — someone whose life is defined by success. However, not by the definition often recognized in our culture, which rewards winning and losing, but rather, the one noted by Ralph Waldo Emerson, which might well have been written for Bob McNair.

“To laugh often and much, to win the respect of intelligent people and the affection of children; to appreciate beauty, find the best in others; to leave the world a little better, whether by a healthy child, a garden patch, or a redeemed social condition; to know even one life has breathed easier because you have lived, this is the meaning of success.”

Originally posted in The Houston Chronicle. 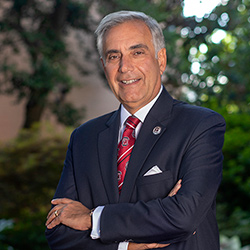